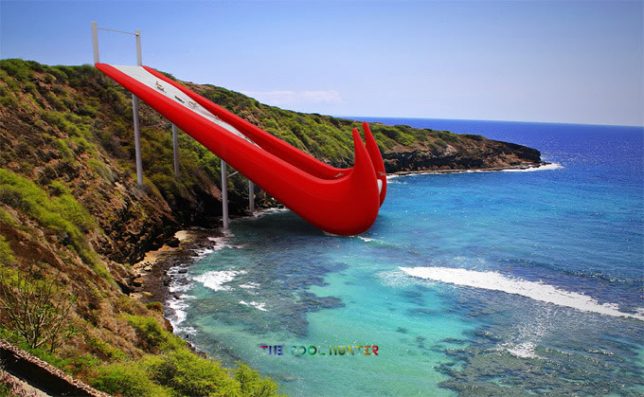 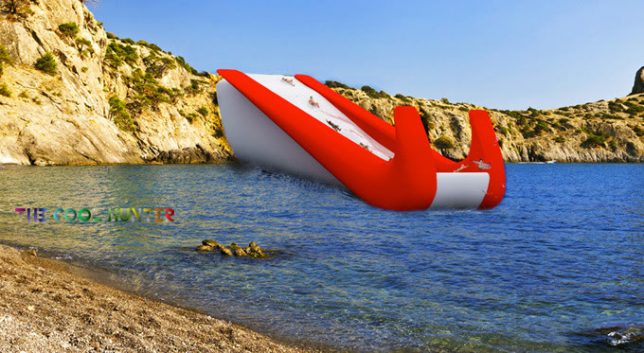 No, this massively oversized Nike Swoosh slide isn’t real. It’s a concept by global creative agency ACCESS, which aims to “create Nike Extreme experiences around the world.” It’s probably safe to say that most of us would prefer the monumental structures in our communities to be a little more culturally significant rather than outright advertisements, but the agency is certainly right in their speculation that such a slide would “create serious buzz.”

Slide on a Library Roof in China 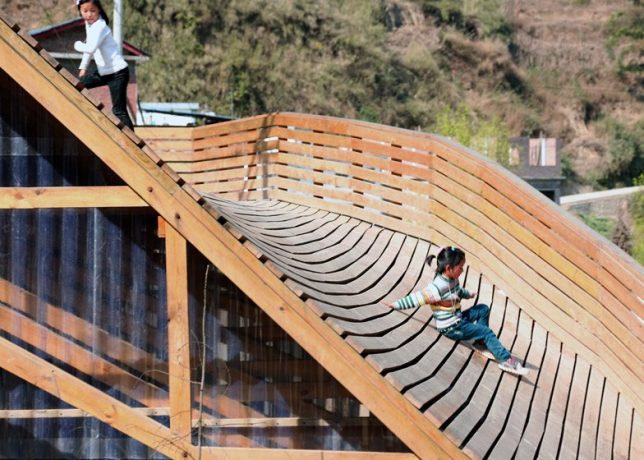 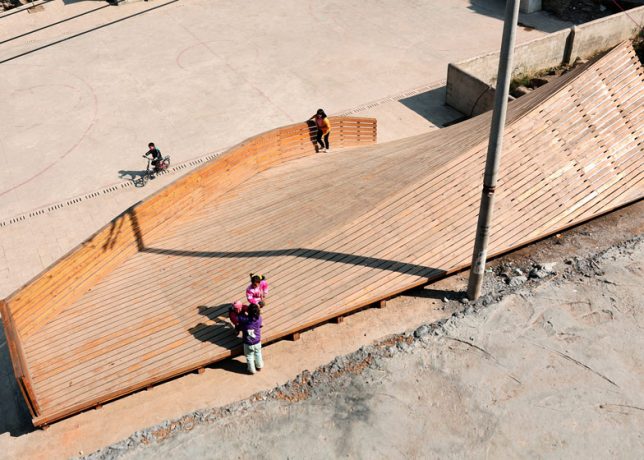 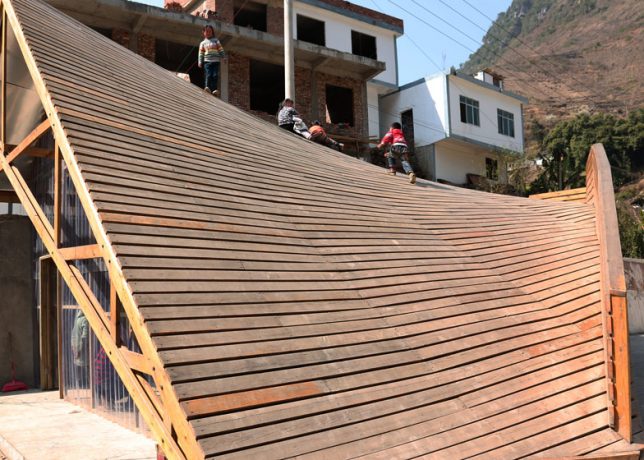 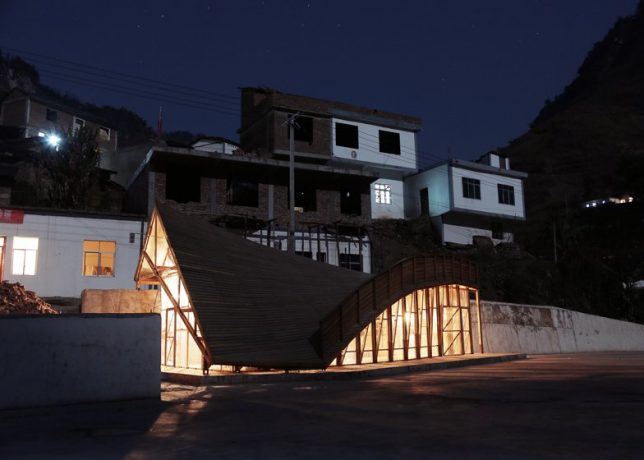 This fun project making a roof more multi-functional – and offering access to it from ground level – would be totally irresistible to skaters in most cities, and with good reason. The curved structure built above a library and community center in China acts as a slide and a space where children can play and read, encouraging community interaction with the architecture, the space and each other. 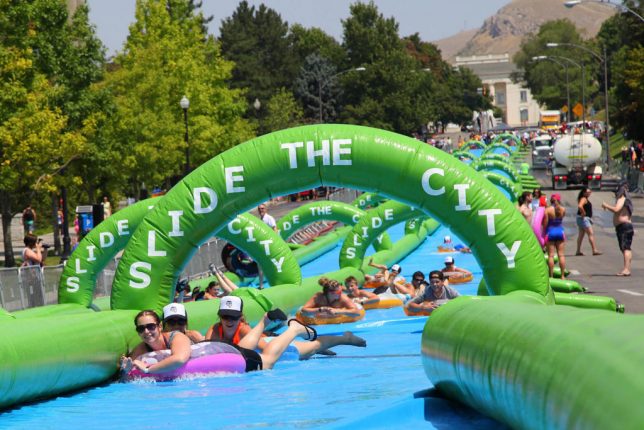 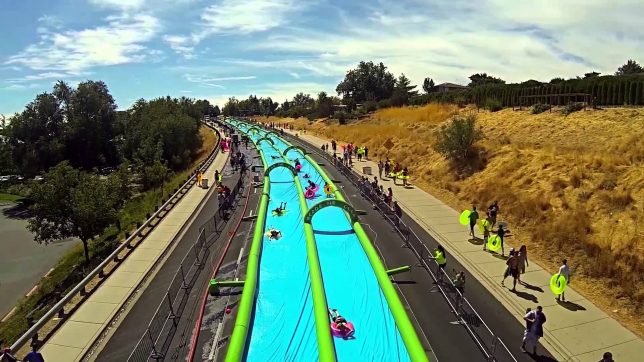 A project called Slide the City installs 1,000 feet of slippery vinyl in urban locations around the country, turning streets into slip n’ slides and drawing thousands of visitors with food, drinks, water and live music. The traveling installation has livened up cities like St. Louis, New Orleans, Newark, Colorado Springs and Chattanooga. 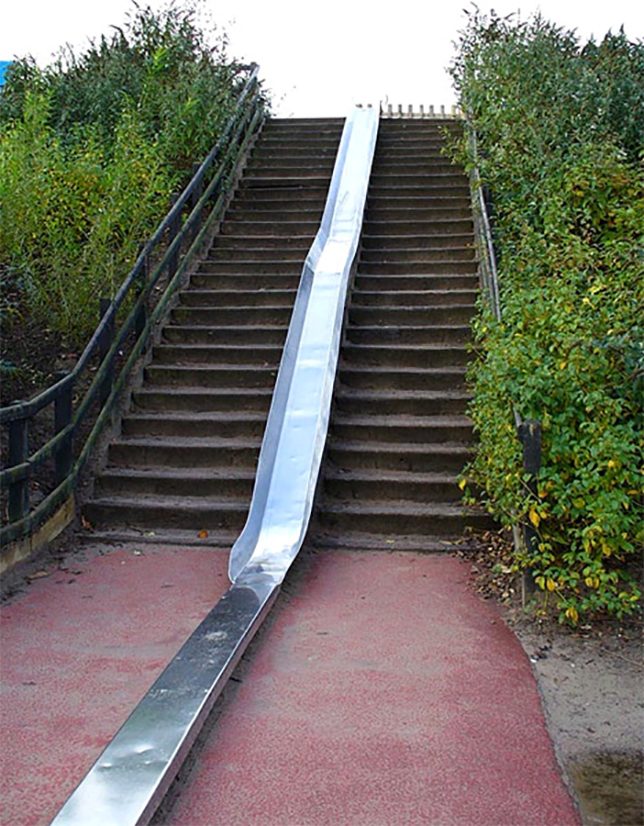 Why would you just walk down a boring set of stairs when you could take this slide instead? It might not be the most exciting slide ever, but it’s a fun addition to a staircase that would otherwise be entirely unremarkable.