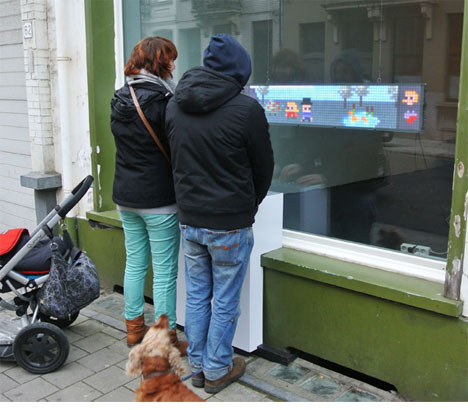 A large storefront window in a Belgian designer’s work/live space invites passersby to pause and play an arcade game with a fun interactive installation. Where others living in such a busy urban location might want to prevent strangers from peering into their private spaces, Kris Temmerman asks them to stop and stay a while. 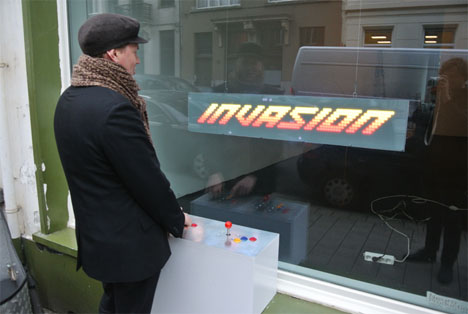 Tennerman designed and created the entire thing himself, including the console that’s currently attached to the exterior windowsill and the LED screen. The game is run on an Arduino without an external computer, just to make the process a little more challenging. 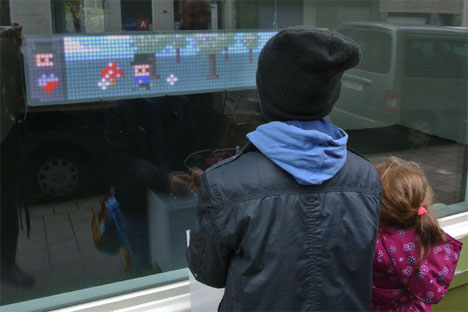 The game is also his own creation, and he even had a friend record the music. “I needed something that would appeal to a large audience (the people in my street) and something was fun to play. So I took the good old gaming cliché, where the world gets invaded by aliens and you have to fight your way to the end boss, save the world and the human race . With my minimal resolution of 16*90 pixels, I didn’t have much other choice than making it pixel-art style.”

The entire process, including diagrams of the wiring, can be found in detail at Tennerman’s website.