Supermarkets? More like Stupor Markets, amiright? That’s the case with these 11 abandoned supermarkets where “checkout” is more than a state of mind. 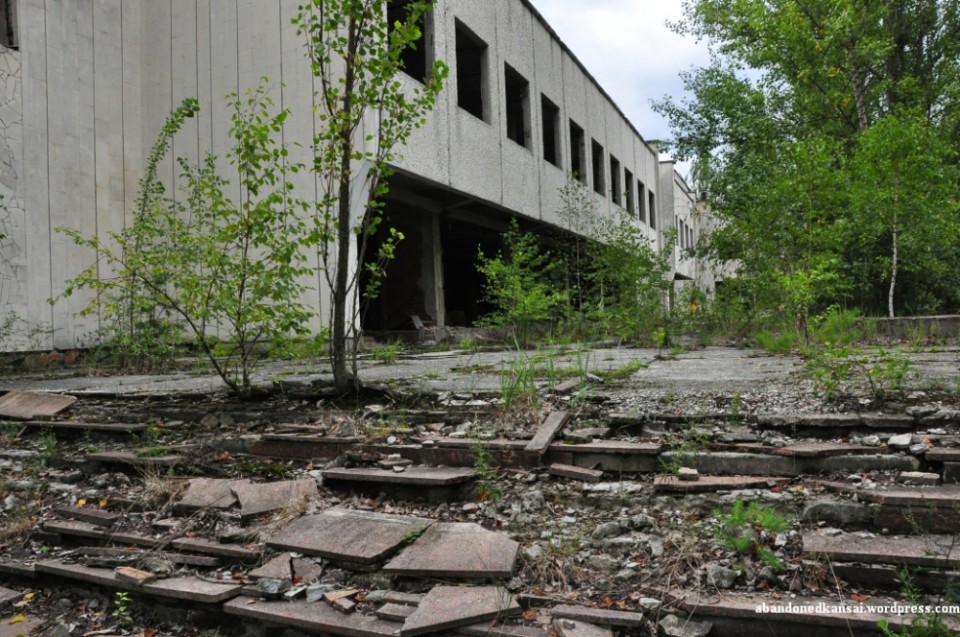 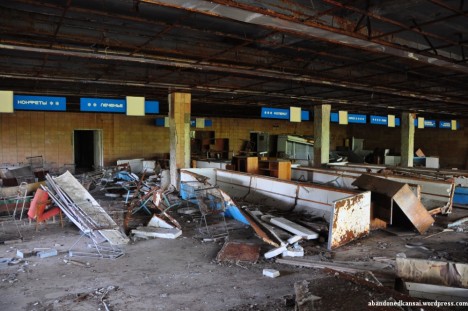 Cleanup in aisle… well, all of ’em actually, and you’d better bring a hazmat suit along with a bucket & mop. Almost 30 years after the Chernobyl nuclear accident turned Pripyat into a creepy radioactive ghost town, the city’s snazzy supermarket recalls the good old days – Soviet style – when the shelves were stocked and the shopping carts had wheels. 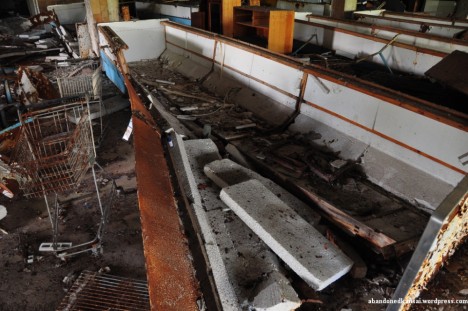 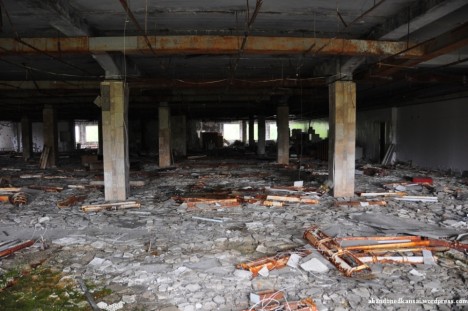 Urbex ubergeek Florian from Abandoned Kansai visited the abandoned supermarket just off Lenin Square back in January of 2011 and lived to tell the tale – and post the images above. According to Florian’s native guide Maxim, Pripyat was a privileged place before the 1986 disaster and the central supermarket “was one of the few places in the Soviet Union that actually sold Chanel Nº 5.” Now it just stinks. 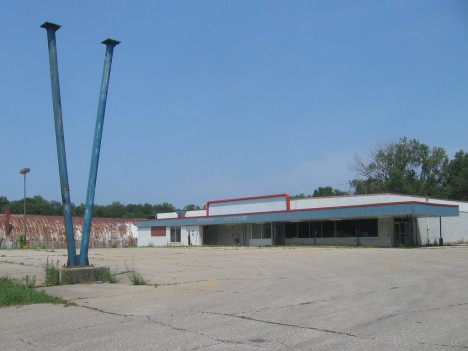 The soaring “V for Victory” signpost standing resolutely Ozymandias-like in the Iowa summer sun indicates the above abandoned supermarket above was once a HyVee. Flickr user Andrew T…has left the building captured the forlorn state of the place in June of 2012, sometime after HyVee consolidated their two existing Newton, IA stores into a newer, larger complex. 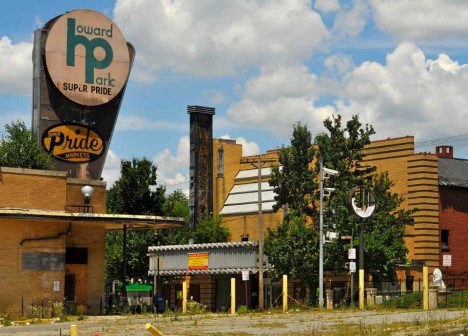 Abandoned in 1999, the old Howard Park Super Pride supermarket on Liberty Heights Avenue finally succumbed to the wrecking ball after ShopRite selected the site for their new store. 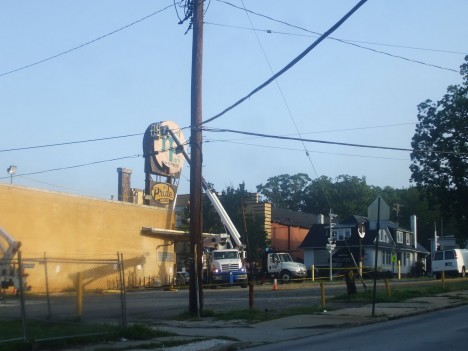 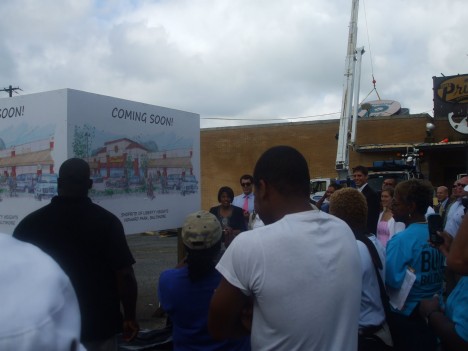 Though it’s good to see any neighborhood revitalized, the oddly gentle demolition of the Super Pride’s landmark sign had to bring a tear to more than a few local eyes.