Aisle be back… NOT! These closed and abandoned supermarkets give us a preview of the coming apocalypse – zombie or otherwise – when shopping simply stops. 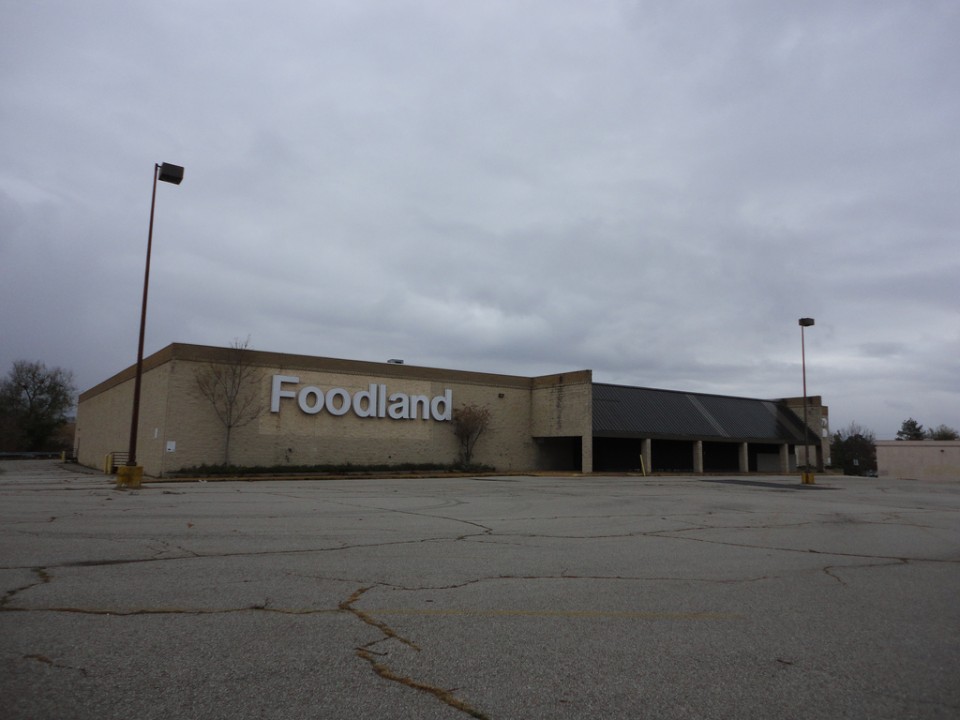 Once bustling, busy and brightly lit, abandoned supermarkets evoke a certain type of grim dreariness tinged with decay so palpable one can smell it… or is that just the foetid aroma of a packaged meat section needing a cleaning it’ll never get? 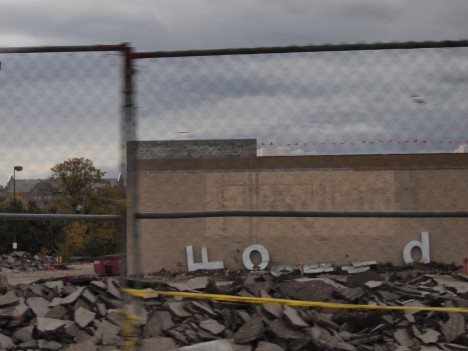 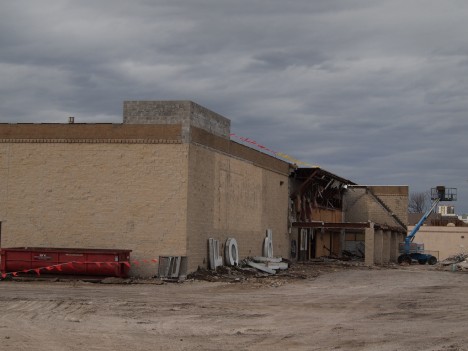 Credit Flickr user Wampa-One for choosing an ominously overcast day in November of 2011 to capture this abandoned and label-scarred Foodland store in St Louis, MO, and for returning almost a year later as it was being demolished. 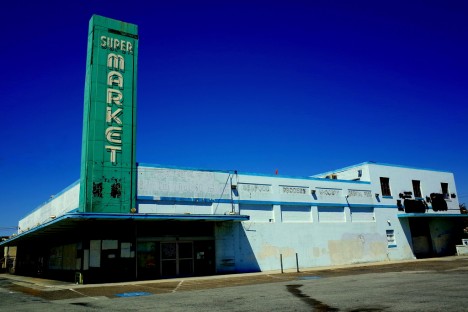 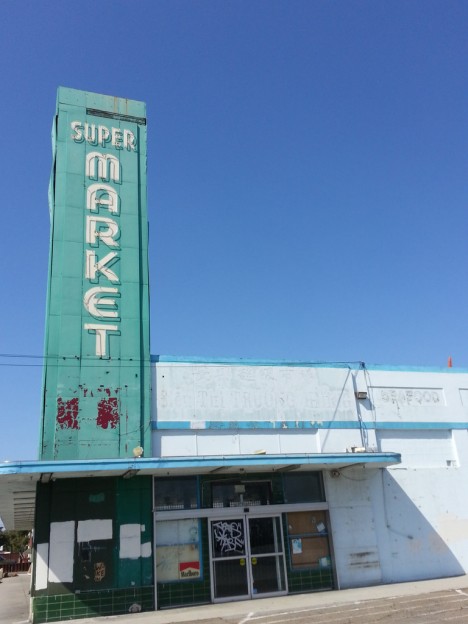 Still abandoned but what a remarkable contrast from that doomed Foodland! Formerly a Vietnamese supermarket in San Jose, CA’s Japantown, this seafoam green & white supermarket once offered shoppers an eclectic range of SEAFOOD, GROCERY, GROCERY and ORIENTAL FOOD. Flickr users Travis Wise (Photographing Travis) and Paul George (snowcrash98), respectively, bring us the above images snapped on different blue-skied days in 2014. 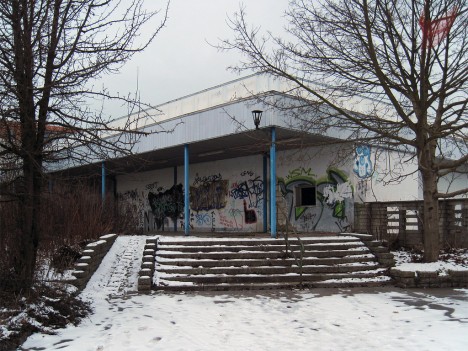 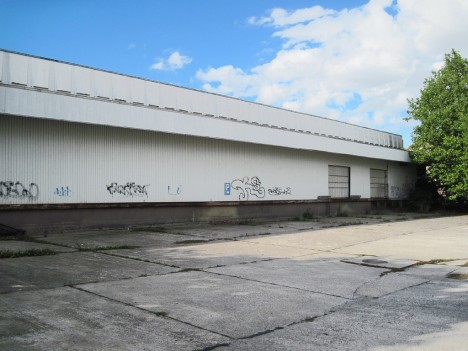 Mr. Gorbachev tore down that wall but unaccountably left this Stalinist supermarket standing – go figure. Snazzy blue stripes notwithstanding, the former supermarket from the former East Germany no doubt offered shoppers a typical variety of Warsaw Pact specialties such as cinderblock-sized bars of soap, left boots, and rendered horse-hoof jello. 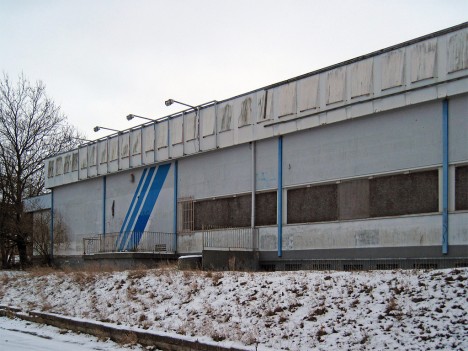 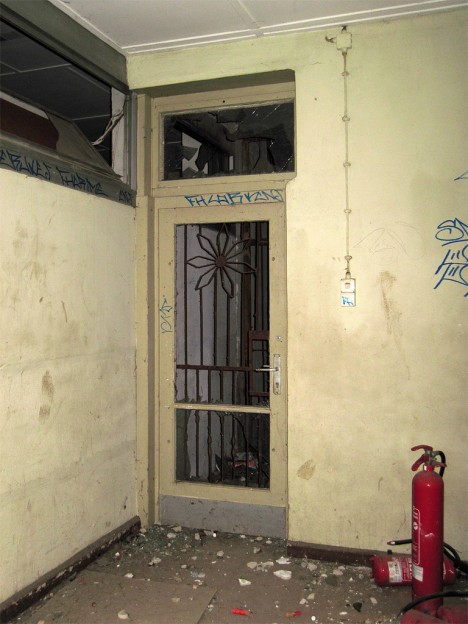 Shopper also enjoyed free parking for their two-stroke Trabants, a bonus in a land where “free” was a four-letter word. Credit Flickr user Patrick Scholl (.patrick.) for visiting this abandoned DDR supermarket in January of 2013, camera in hand. 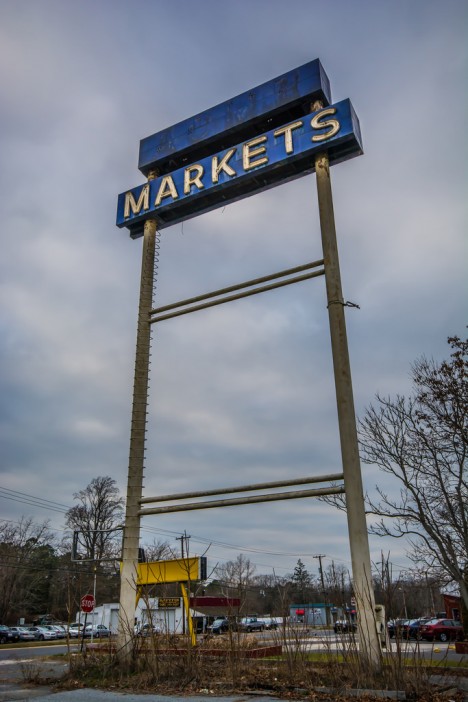 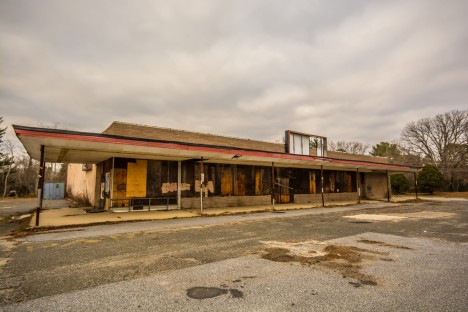 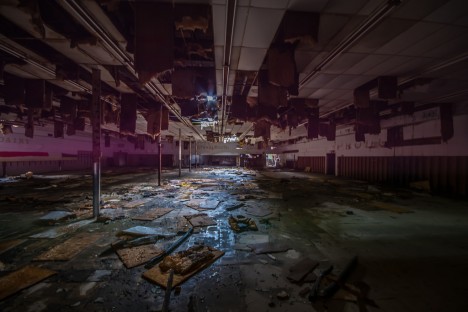 New Jersey doesn’t get much bleaker than this seriously abandoned ACME supermarket in Egg Harbor City – and that’s saying something. Flickr user Kevin Jarrett (kjarrett) visited the decrepit and decaying market situated off US Route 30 on December 14th of 2014, and came back with the above images of retail despair.