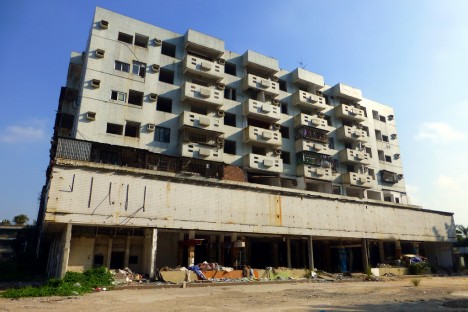 As China’s breakneck growth continues unabated, even recently built structures are making way for ever-newer development projects. On the other hand, the country’s well-earned reputation for shoddy and slapdash construction means buildings have much shorter lifespans than those in other parts of the world. 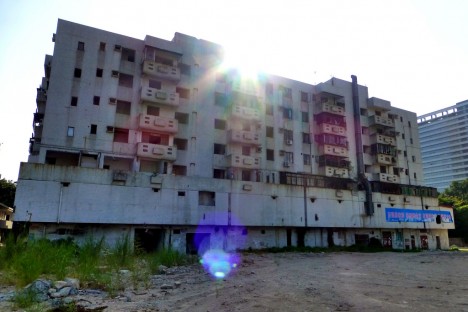 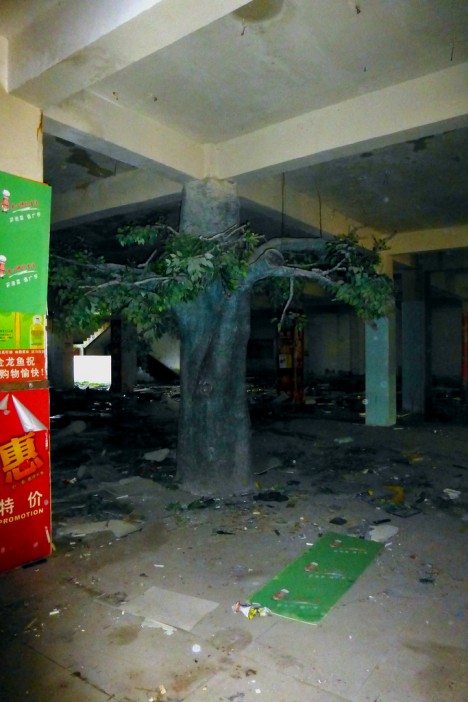 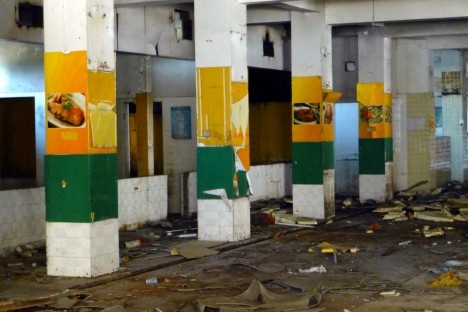 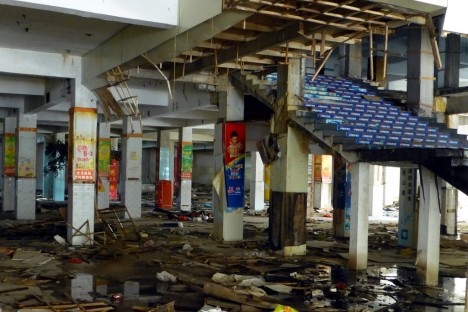 Take the supermarket and its associated residential mid-rise apartment complex above. Included in the redevelopment of Shenzhen’s Dachong Village, the supermarket appeared to be long-abandoned when Flickr user Chris (dcmaster) encountered it in late October of 2012. The apartments look especially stylish (in a Brutalist sort of way) and must have been quite appealing in their heyday. 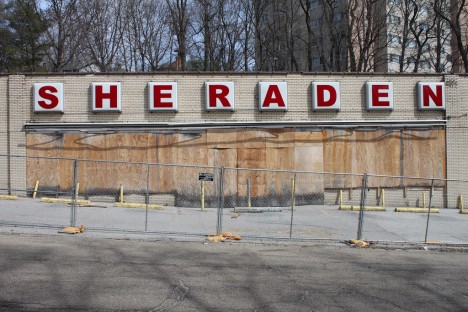 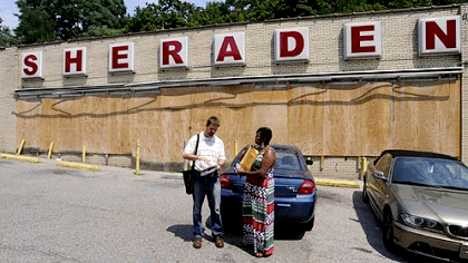 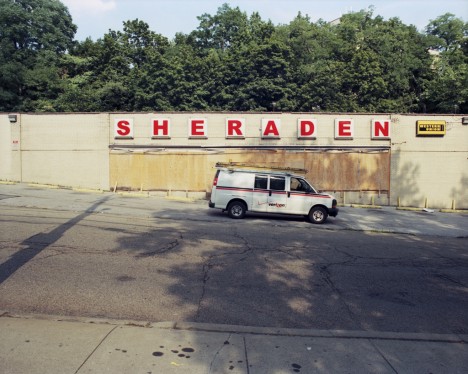 The Sheraden Market (formerly a Foodland supermarket) in Sheraden, PA closed in 2008 and has been languishing under the auspices of the Urban Redevelopment Authority ever since. The store’s neatly separated red-lettered sign looks oddly as good as new, though. According to the store‘s former owner, “it didn’t pay to stay open because of losses from shoplifting.” Nice. That tilted parking lot must have been a nightmare to navigate in winter. 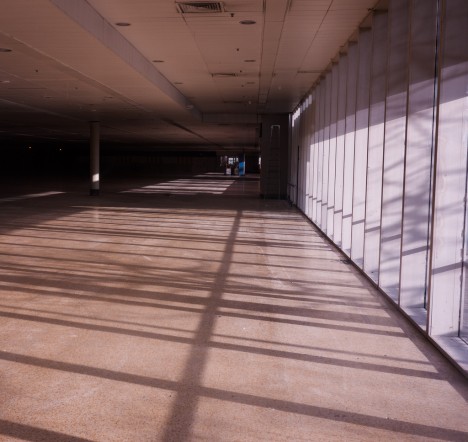 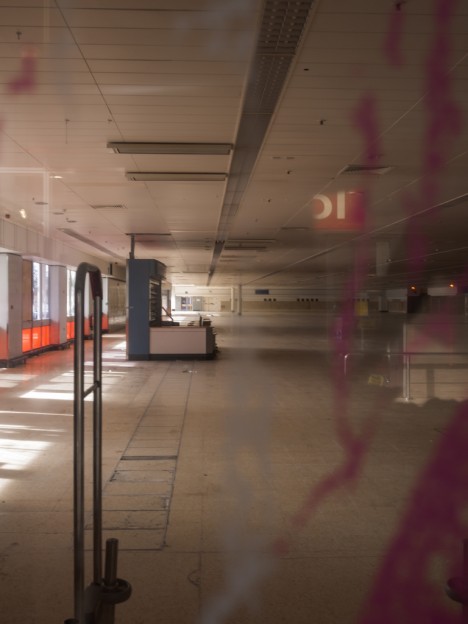 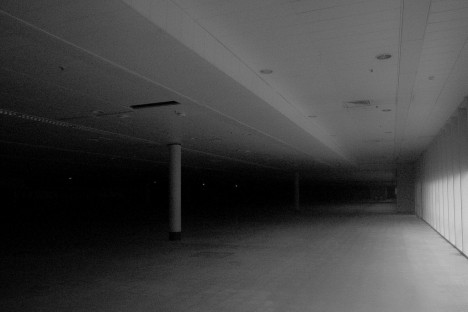 It’s hard to imagine just how big most supermarkets are but once the rows of shelves and display cases are removed, the sheer cavernous volume of stores like the above abandoned Sainsbury’s becomes apparent. A tip of the cap to Flickr user John Wilson (tugwilson), who photo-documented this abandoned Sainsbury’s supermarket from Milton Keynes, England, in January of 2011. 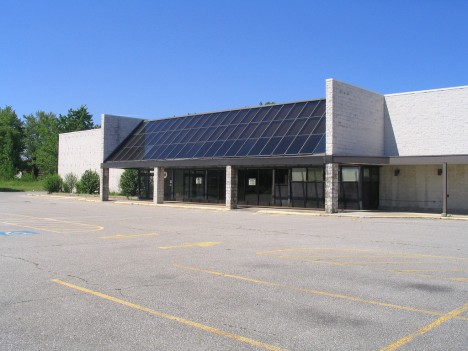 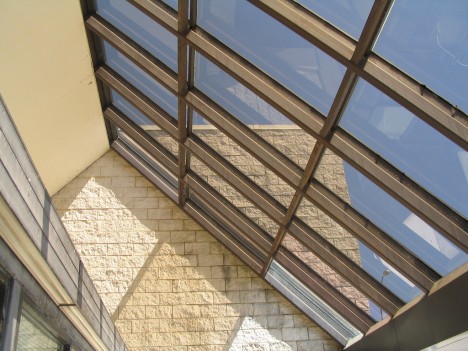 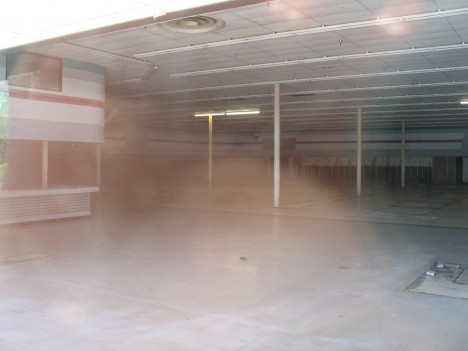 Kroger supermarkets in the 1980s were known for their distinctive “greenhouse” style storefronts as shown to best advantage by this abandoned store in Conneaut, Ohio. According to Flickr user Andrew T …has left the building, Kroger pulled out of the northeast Ohio and western Pennsylvania region in the late 1980s leaving this particular store to eventually be re-occupied by first a Fazio’s, then a Giant Eagle.