Ultra-strong and incredibly versatile carbon fiber can be woven by robots in a scale as small as furniture and as large as a stadium, a technological advance that could represent the fourth industrial revolution. This fiber-reinforced composite is typically formed in molds, but programming robots to weave it could totally change the way objects and buildings are designed and created. These carbon fiber creations represent this new construction method as well as 3D-printed carbon fiber products and the more time-consuming technique of hand-wrapping up to a mile of carbon fiber for just one piece of furniture. 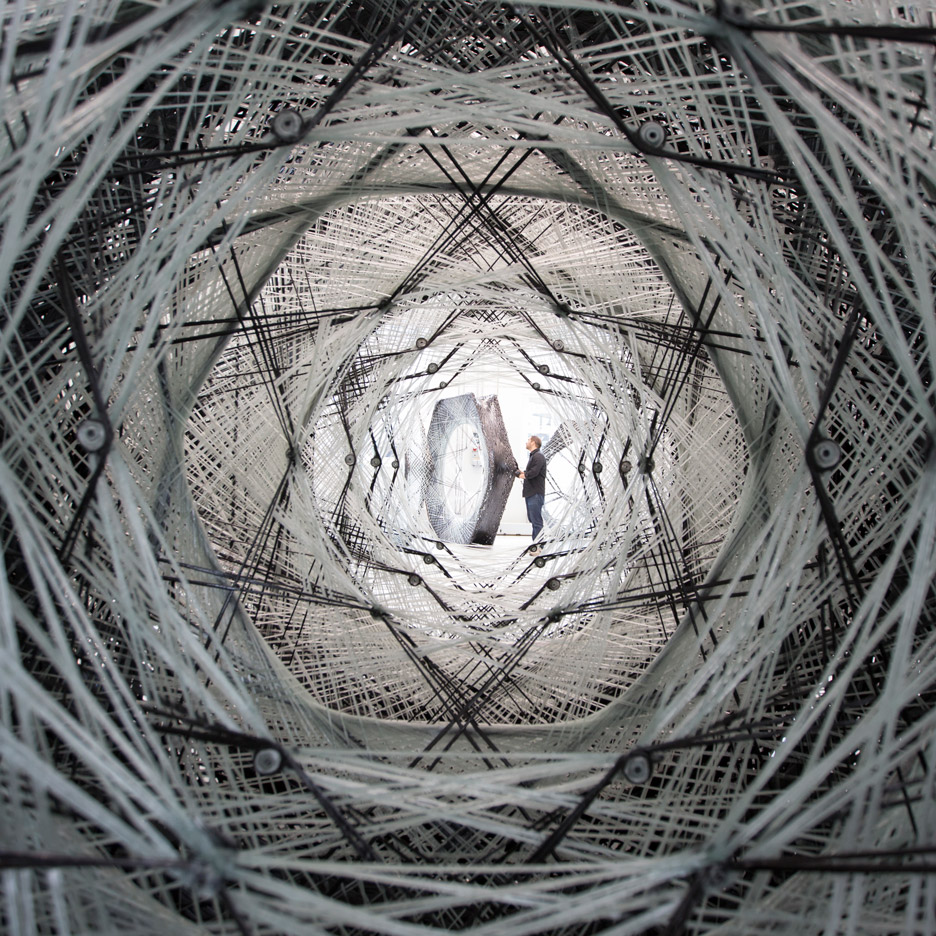 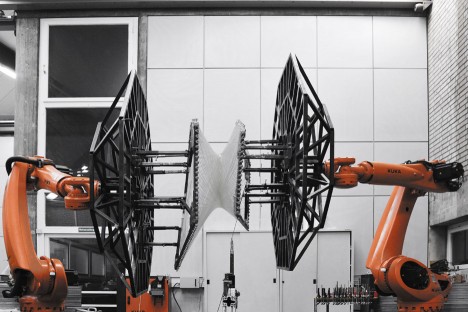 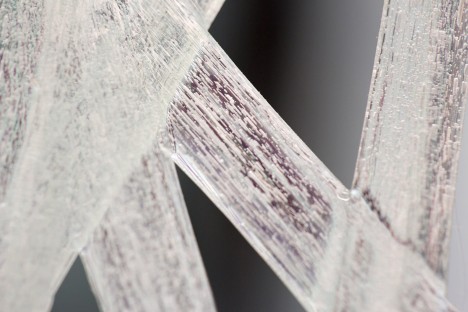 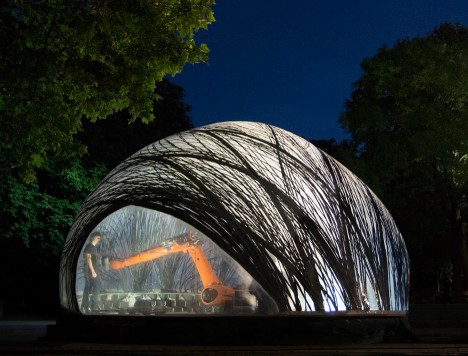 Architect and researcher Achim Menges, who heads up the Institute for Computational Design (ICD) at the University of Stuttgart, is developing software to make robotic construction more intuitive, and his team has built a series of carbon fiber pavilions to show off the technology. We’re at a phase where the full capabilities of the material and method haven’t yet been unlocked, he says, because experiments are still mimicking old materials. To build the pavilions, they robots draw lengths of carbon and glass fiber through a resin bath and wind it around metal scaffolding in a particular pattern. The resin-coated structures are cured in a massive oven and then detached from the framework. 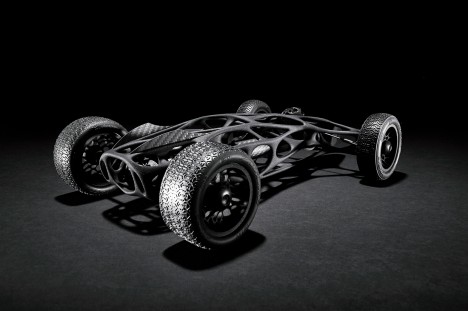 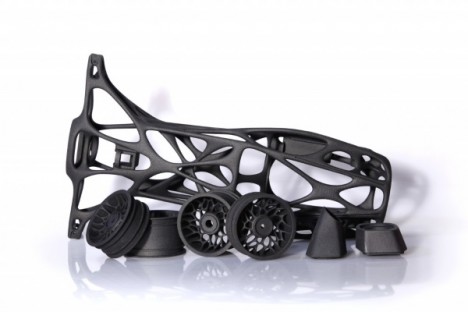 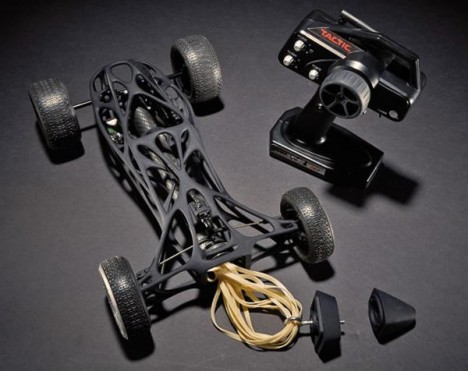 Carbon fiber has been around for decades, typically made by bonding carbon atoms into crystals and then forming the result into loose or woven carbon filaments. It’s often mixed with polymers to create composite materials, and we’re used to seeing it in cars, gloves and all sorts of everyday items, but new technology is broadening its applications. Take, for example, the Cirin, a modern take on the rubber band-powered toy car. A group of college students at the Art Center College of Design in Pasadena, CA made its shell with a 3D printer, giving us a peek at the capabilities of this particular forward-thinking combo. 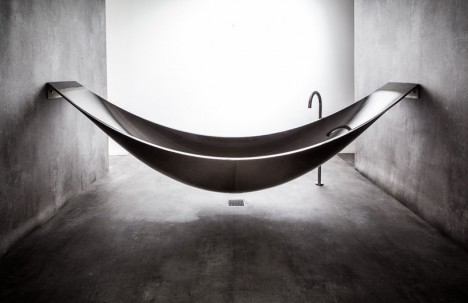 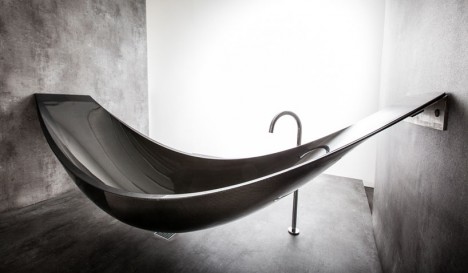 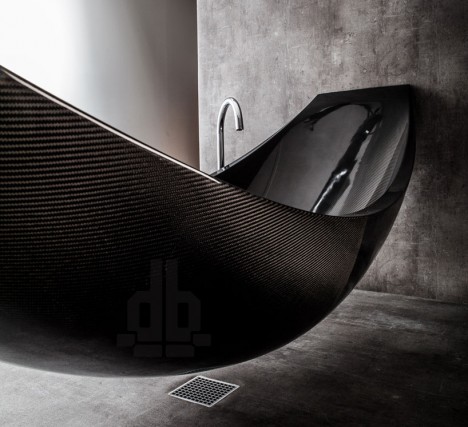 One example of the ‘mold’ technique of forming and curing carbon fiber is this stunning hanging bathtub by Splinter Works, which is fixed to walls with steel brackets and paired with a tall faucet. Layers of carbon fiber are arranged on top of a foam core to insulate the tub, which can be adjusted in size to fit a specific space. 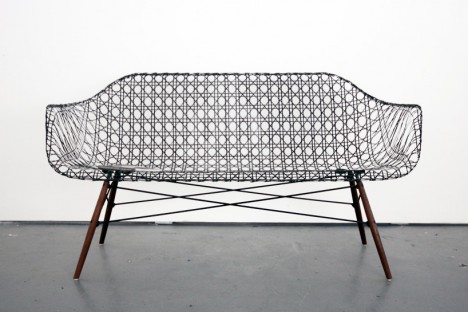 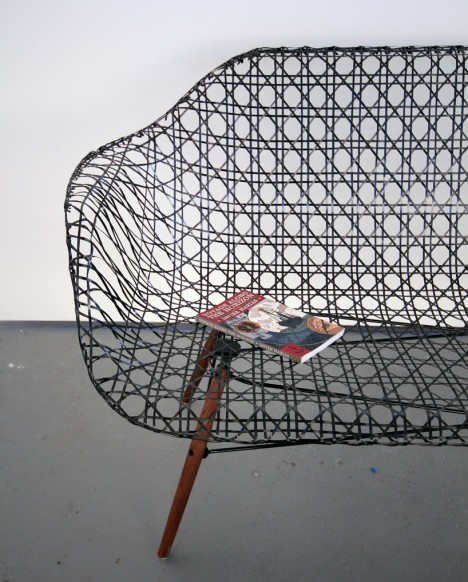 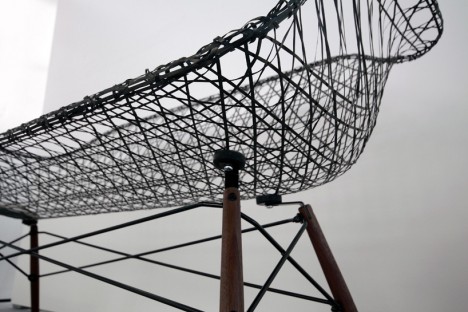 Designer Matthew Strong replicates the classic Eames shell sofa of the late 1950s in carbon fiber form, but instead of using a robot to weave it, he has woven it himself by hand using a traditional chair caning pattern for a lightweight yet strong result.