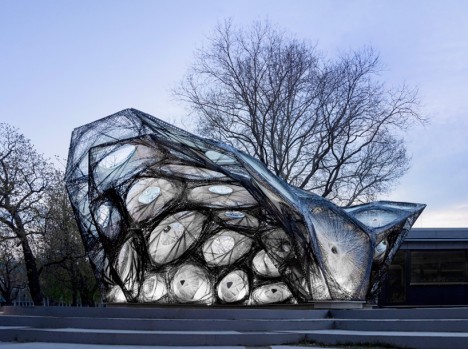 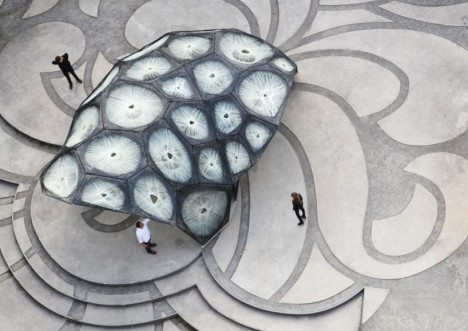 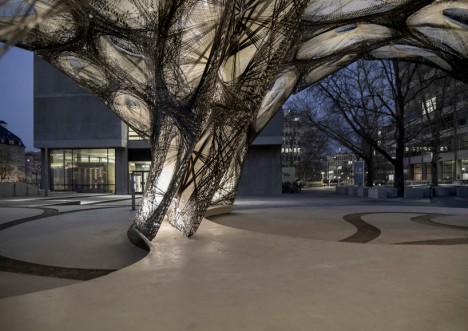 The most complex pavilion yet to be produced by ICD and ITKE, the 2013-2014 research pavilion took inspiration from the shells of beetles to create a lightweight, panelized canopy form. Using parametric modeling and computer simulation, they built upon the biological structures to envision the design and then had two large robots work together to weave it into three dimensions. 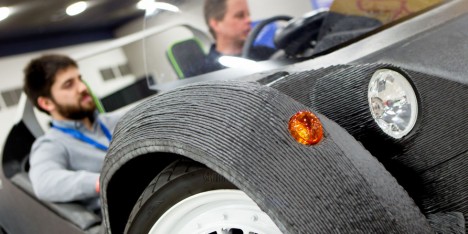 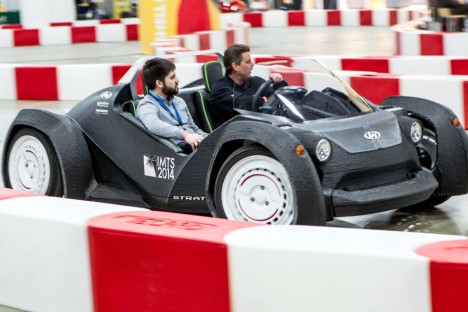 That 3D-printed toy car isn’t the only vehicle that can be made using carbon fiber and 3D printing. Race car company Local Motors used a 3d printer about the size of a one-car garage to manufacture the ‘Strati’ car on site at the Detroit auto show in 2015. Onlookers watched as a nozzle extruded a mixture of ABS plastic and carbon fiber in quarter-inch beads, with the print taking about 44 hours. Then, it moved on to the refining and assembly processes, ultimately becoming a compact electric vehicle with a top speed of about 40mph. The company plans to build 100 of them over the next 10 years to show off how ‘micro factories’ can print cars on demand on a local scale. 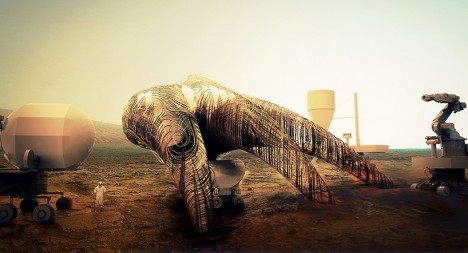 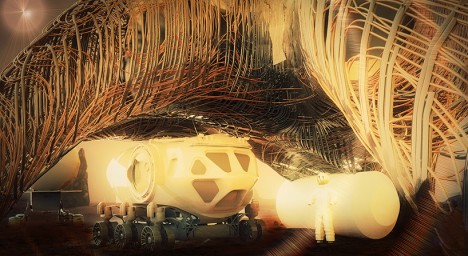 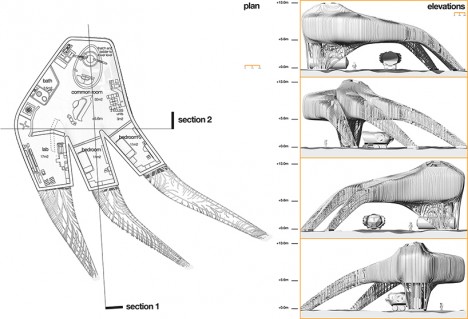 Just how big can carbon fiber creations get? Size up those robot-woven or 3D-printed carbon fiber structures, and you can even build a 4-astronaut dwelling for Mars, as envisioned by Ozel Office. Runner up in NASA’s 3D-printed habitats competition, the Mars Habitat focuses on the application of robotics and sensors into architecture, as well as the use of composite materials in building-scale 3D printing. High-performance composite shells could be created from locally-harvested composite fibers soaked in fast-curing polymer resins in a larger-scale, robotically-directed version of the way many high-performance boats, airplanes and spaceships are currently built. The composite fibers are made from local Martian basalt rocks, while the carbon is created through an artificial photosynthesis chimney, which splits CO2 in the Martian atmosphere into carbon and oxygen molecules.