Some of the most fascinating parts of certain deserted buildings in Philadelphia cannot even be seen from below, making this drone footage shot by Matt Satell of Philly by Air all the more revealing. 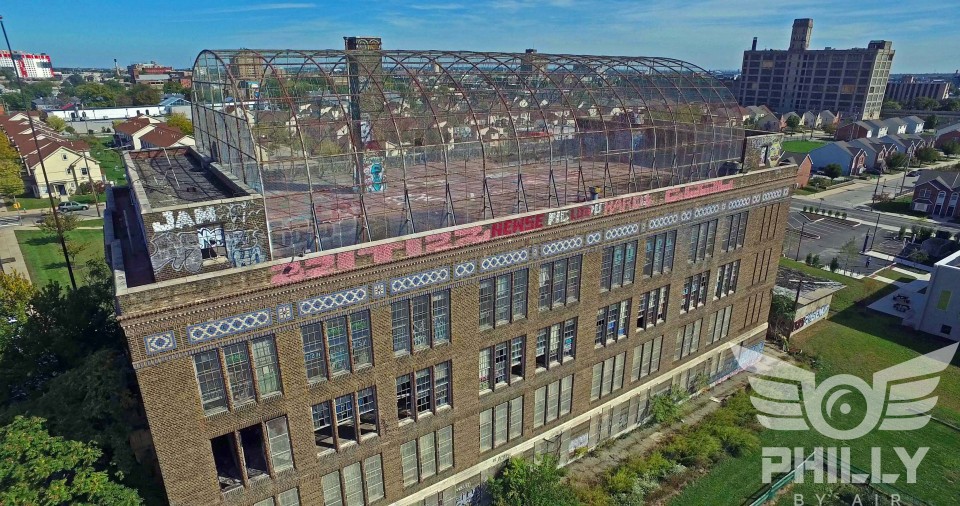 Take the Spring Garden Public School, for instance, the roof of which is enclosed in a an arched grid of fencing that wraps an outdoor gym and recreation area for students. “This abandoned public school was built in 1931 and designed by the Philadelphia School District” explains drone pilot and urban photographer Matt Satell. “There have been proposals discussed to convert the structure into a residential building, but nothing has been finalized yet.” 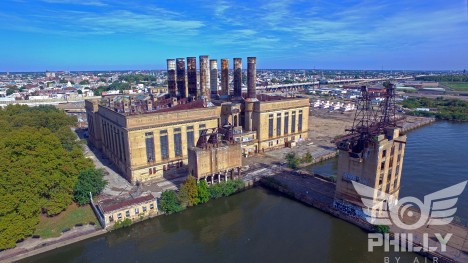 The PECO Delaware Station is situated adjacent to the Penn Treaty Park in Fishtown, its outcroppings of both natural overgrowth and artificial stacks far more visible by air. “This coal-fired power plant first opened its doors in 1920. It was originally designed by John T. Windram, who also designed the Franklin Institute. The plant was owned by Exelon Generation until 2015 when it was sold to Bart Blatstein and Joseph Volpe who have plans to build boutique hotels.” 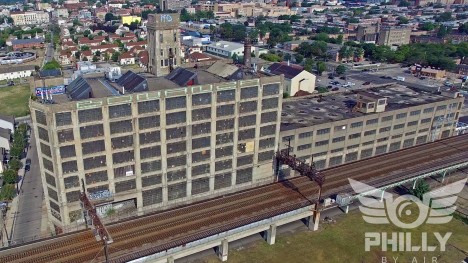 Other buildings featured are on historical registers, or the subject of redevelopment plans or (as in the case of the Richmond Power Station) are already famous for being featured in films such as 12 Monkeys, Transformers 2 and The Last Airbender. The Quaker Storage Building, Dreuding Brothers Building and Willow Steam Plant (each shown in the embedded video above) all have elements best captured – and are perhaps only truly comprehensible as a whole – when viewed from above as well as below.

Meanwhile, if you enjoyed your brief tour of Philadelphia’s most prominent abandonments, you can take a further aerial flight around the city with the video above, likewise documented via Philly by Air.