Ten acclaimed international architects including Norman Foster and Terunobu Fujimori have built an incredible series of modern chapels for the Holy See on the Venetian island of San Giorgio Maggiore as part of this year’s Venice Architecture Biennale. Tucked into the woods, the temporary chapels collectively form the Vatican Pavilion. The number ten references the Ten Commandments, and the project symbolizes the concept of ‘via pulchritudinous,’ which means ‘way of beauty.’

It’s the Vatican City’s first ever exhibition for the event, and each individual chapel offers a unique way to engage with both the physical setting and the divine. The architects were asked to look at the century-old ‘Woodland Chapel’ in Stockholm by Erik Gunnar Asplund for inspiration. Curator Francesco Dal Co, who professes that he’s not Catholic or even a believer, notes that the chapels are meant to be enjoyable for everyone, regardless of their religious beliefs. 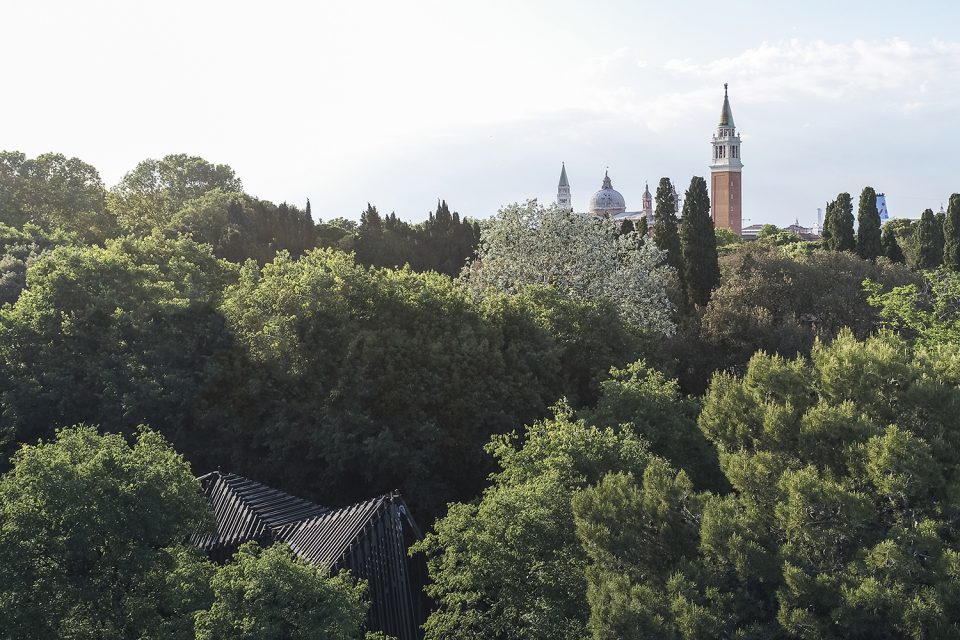 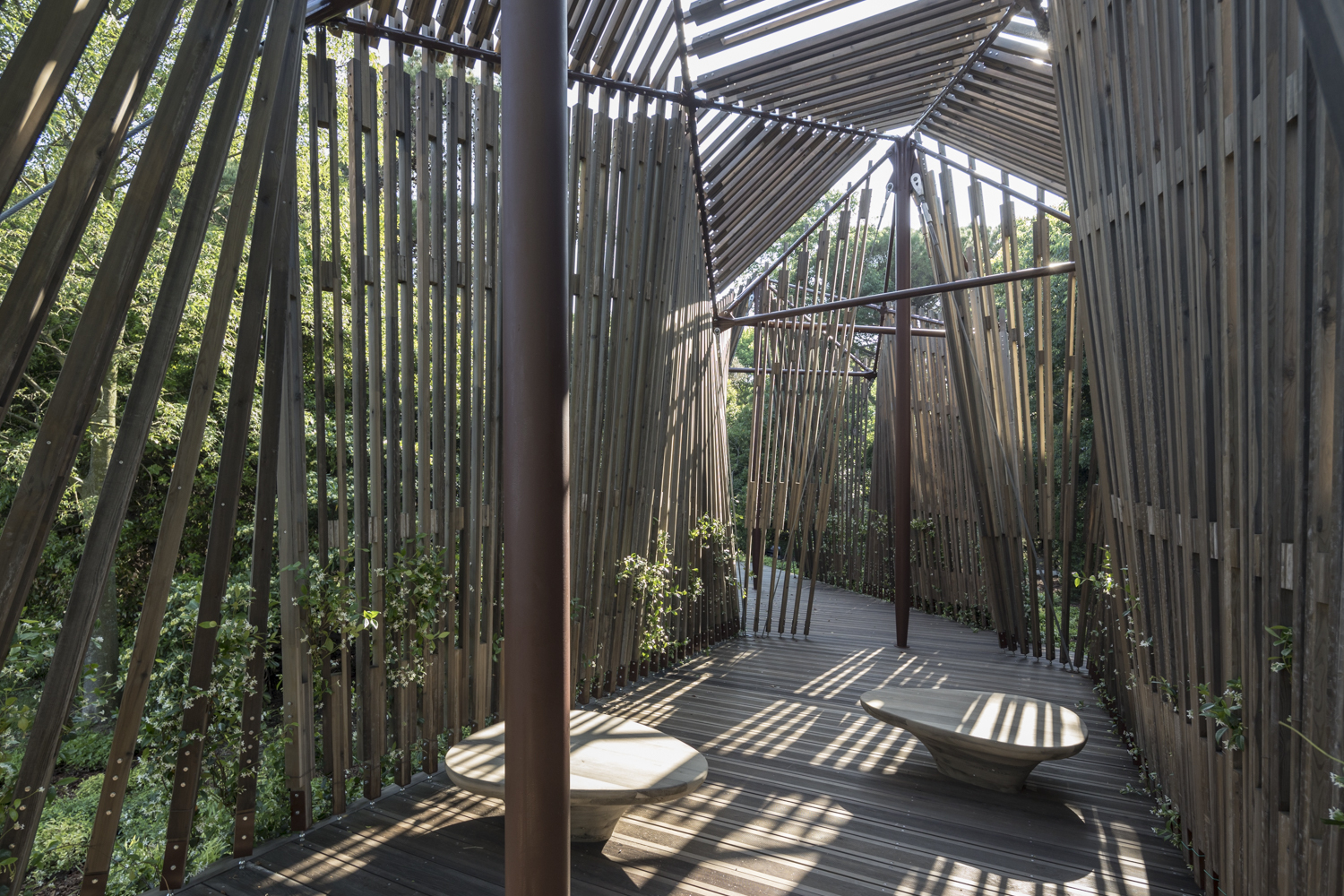 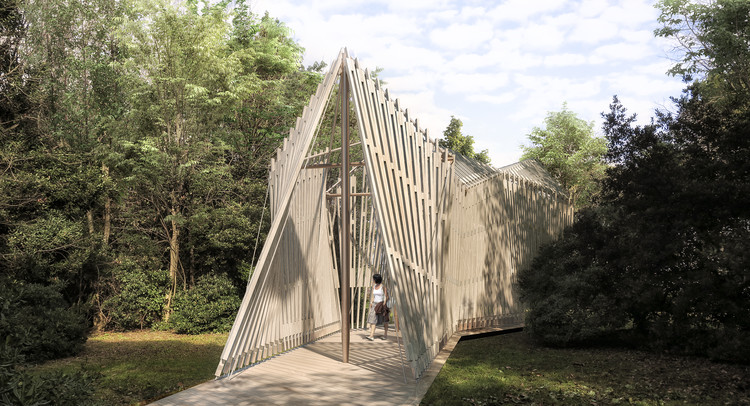 Foster + Partners created an airy, open chapel made of open wooden slats forming a membrane around three central crosses. Built by Italian furniture company Tecno, the chapel includes a ramped steel floor structure. The steel masts and cross arms are braced by steel cables. Jasmine vines planted around the structure will climb it throughout the summer. All ten pavilions are due to be taken down on November 25th, 2018.

“The project stated with the selection of the site,” says Foster. “On a visit to San Giorgio Maggiore, close to Palladio’s magnificent church and the Teatro Verde, I found a green space with two mature trees beautifully framing the view of the lagoon. It was like a small oasis in the big garden, perfect for contemplation. Our aim was to create a small space diffused with dappled shade and removed from the normality of passers-by, focused instead on the water and the sky beyond – a sanctuary.” 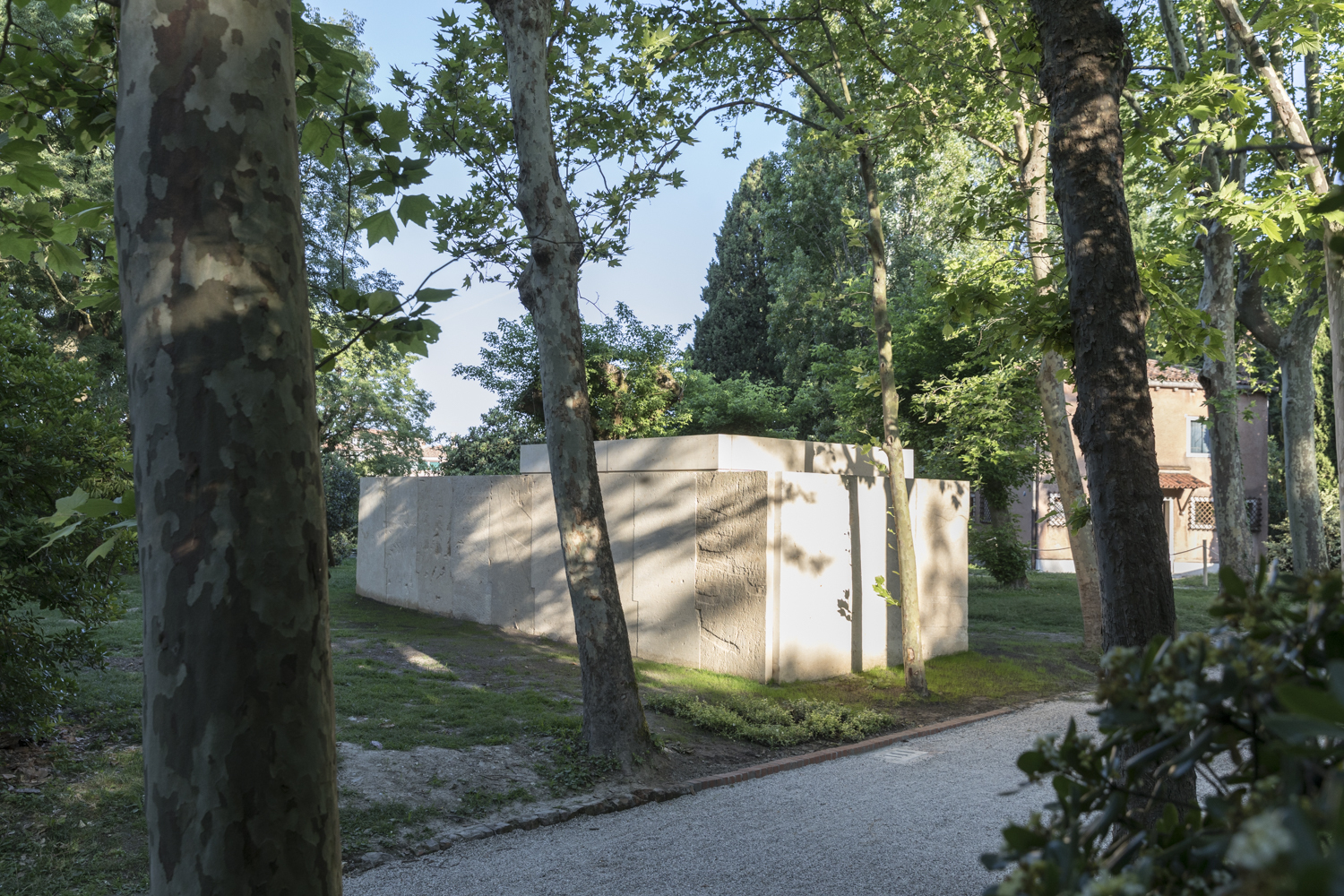 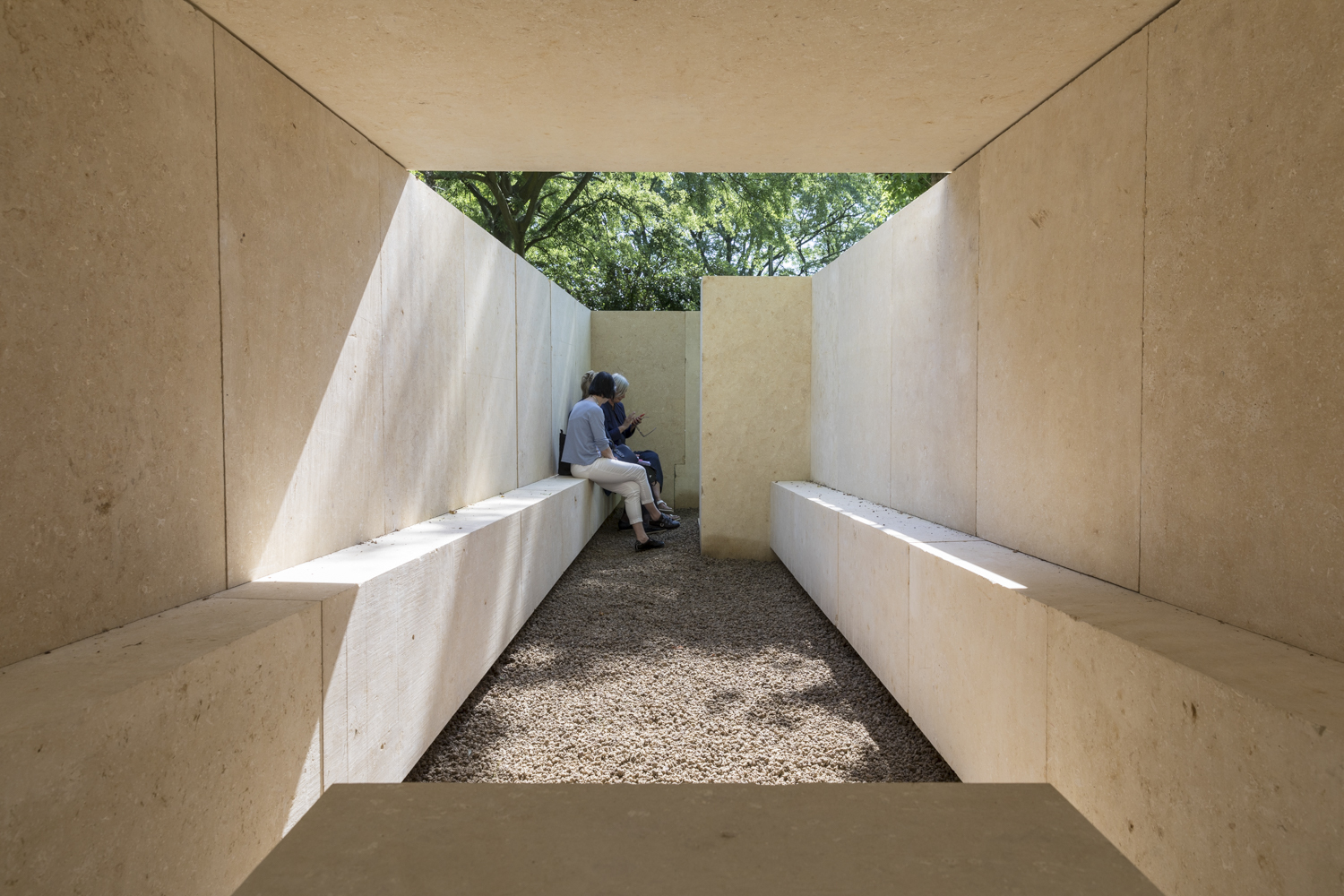 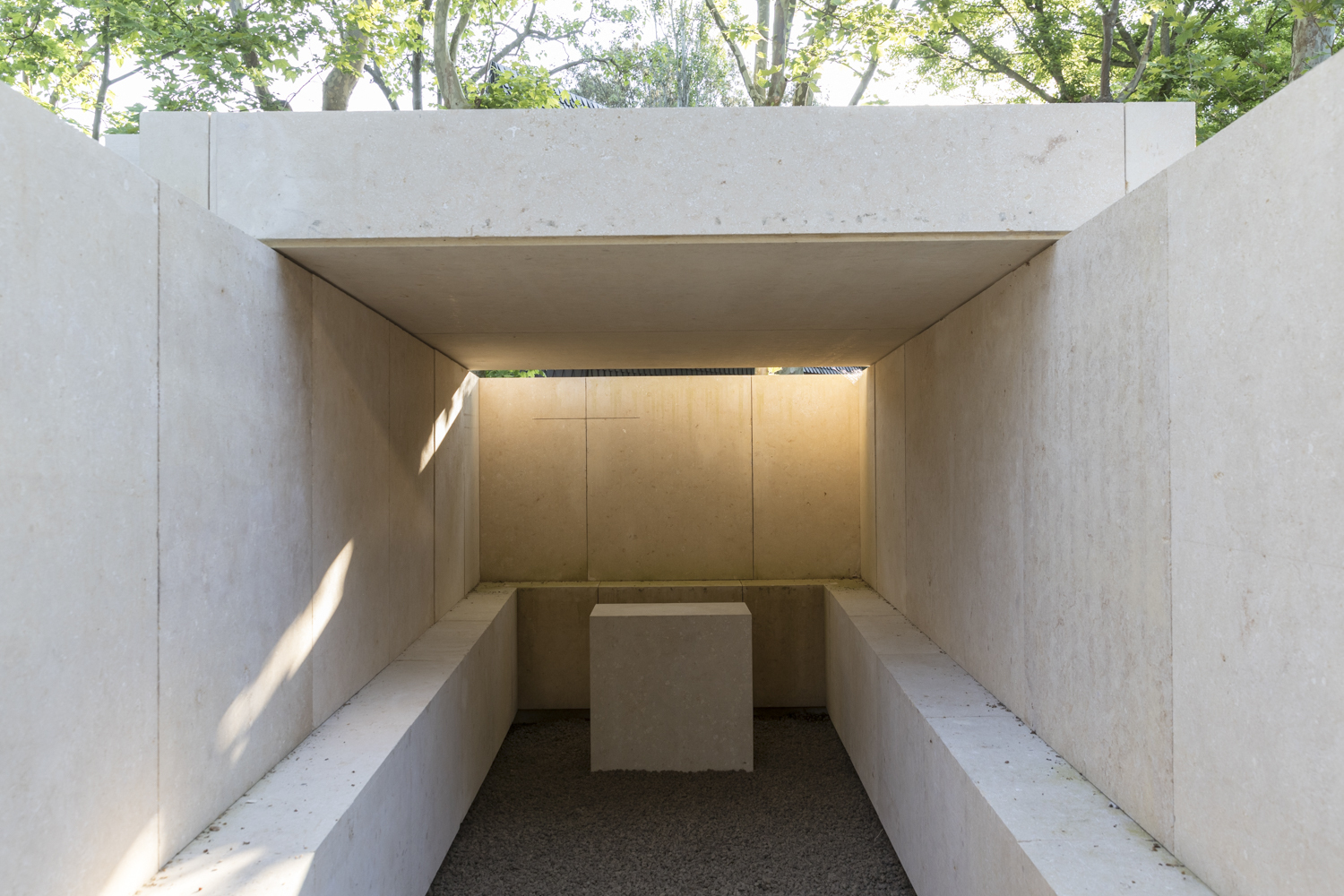 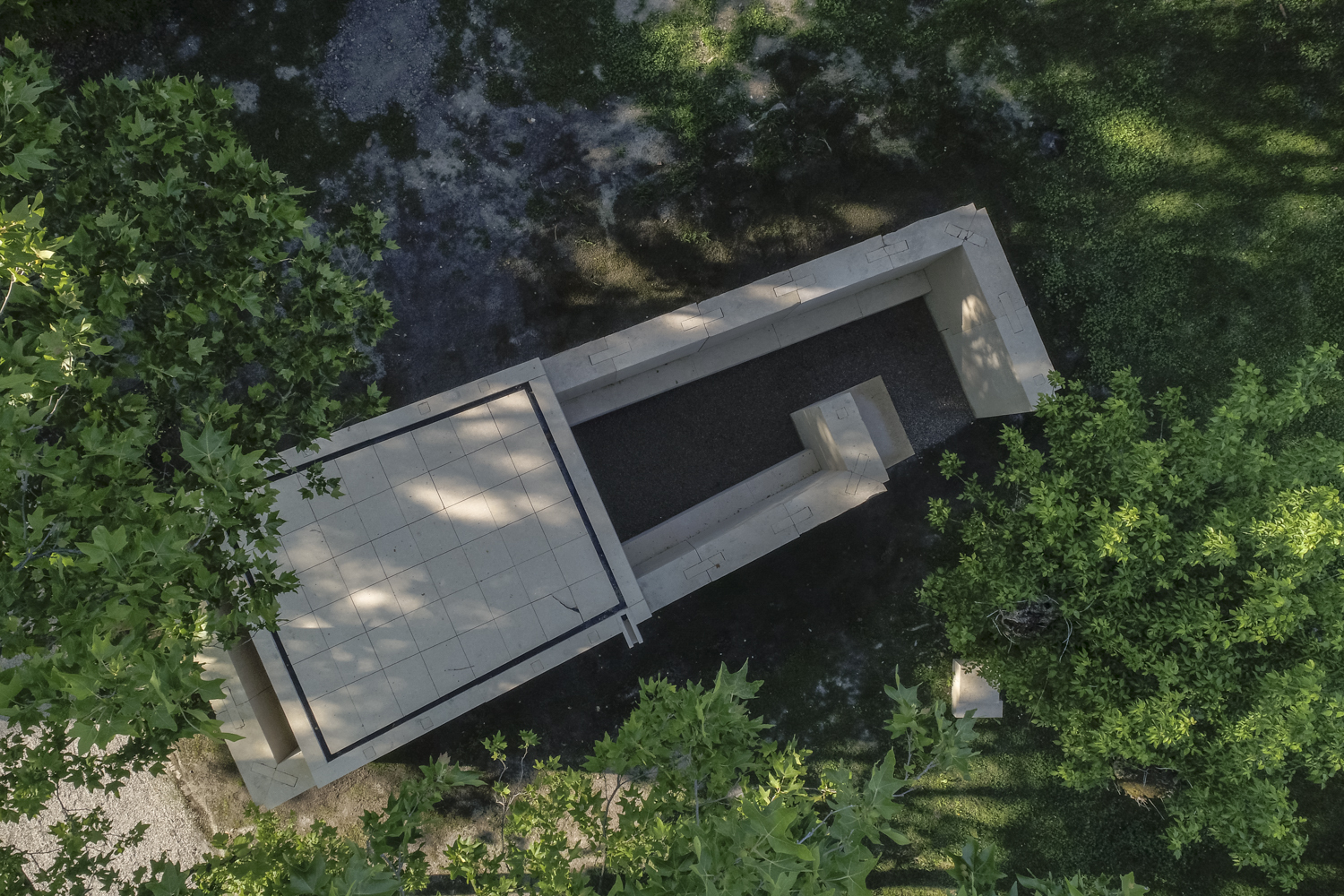 Along with Foster, Switzerland’s Eduardo Souto de Moura is the second Pritzker Prize winner participating in the Vatican’s pavilion. His contribution looks monolithic from outside, with slabs of weathered-looking stone surrounding a small altar, but it’s more open than it seems. The narrow space inside is lined with benches, and only a portion of the roof is covered. At the entrance, visitors must navigate around a pre-existing tree.

“No, it is not a chapel, not a sanctuary and in any case not a tomb,” reads the text from the ‘Vatican Chapels’ catalogue. “It is simply a place enclosed by four stone walls, while another stone at the center might be the altar. The entrance is screened by a tree we want to conserve. The walls, inside, have a ledge on which we can sit and wait… waiting with our feet on the ground, head in hands. ‘Things themselves know when they ought to happen.’” 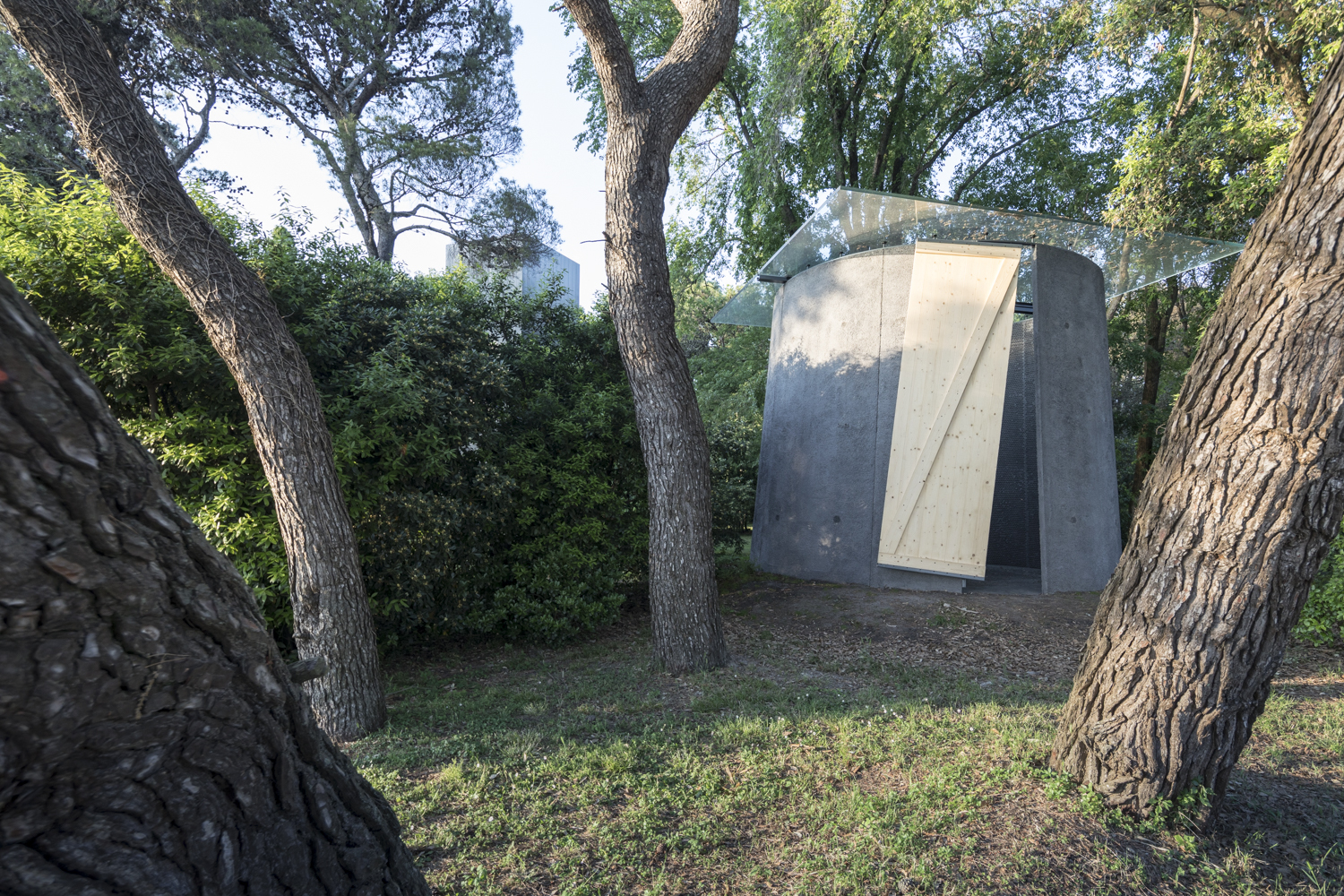 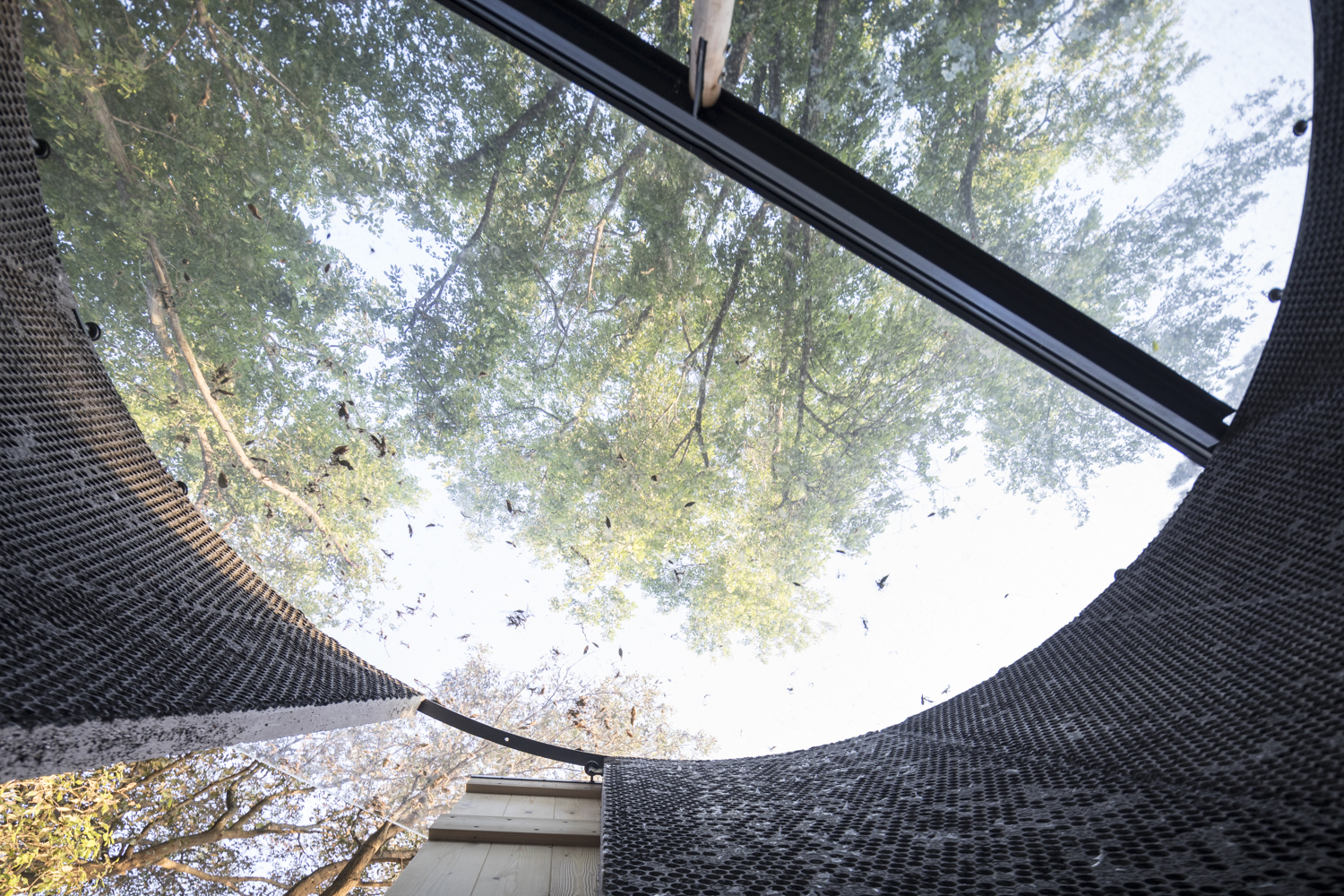 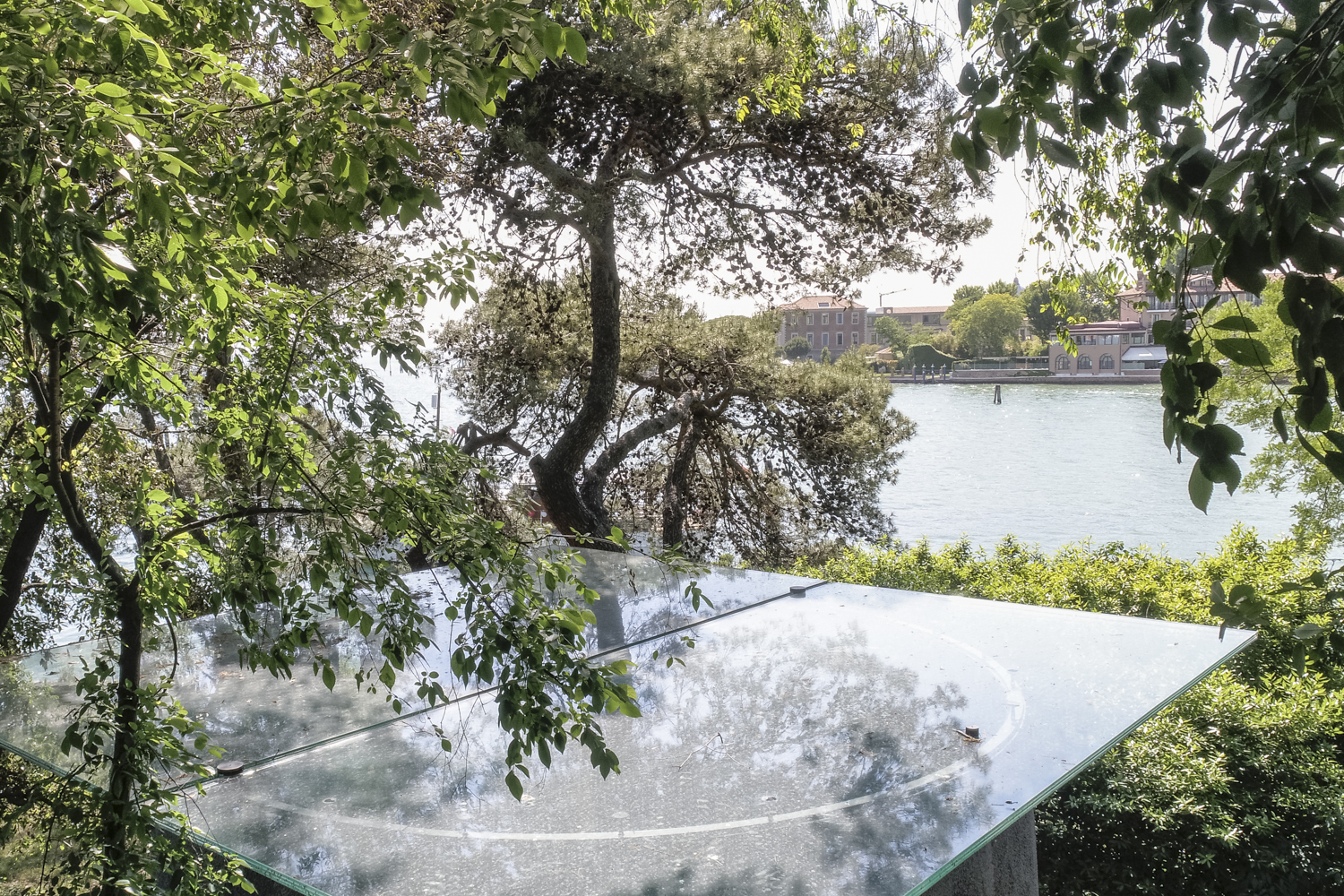 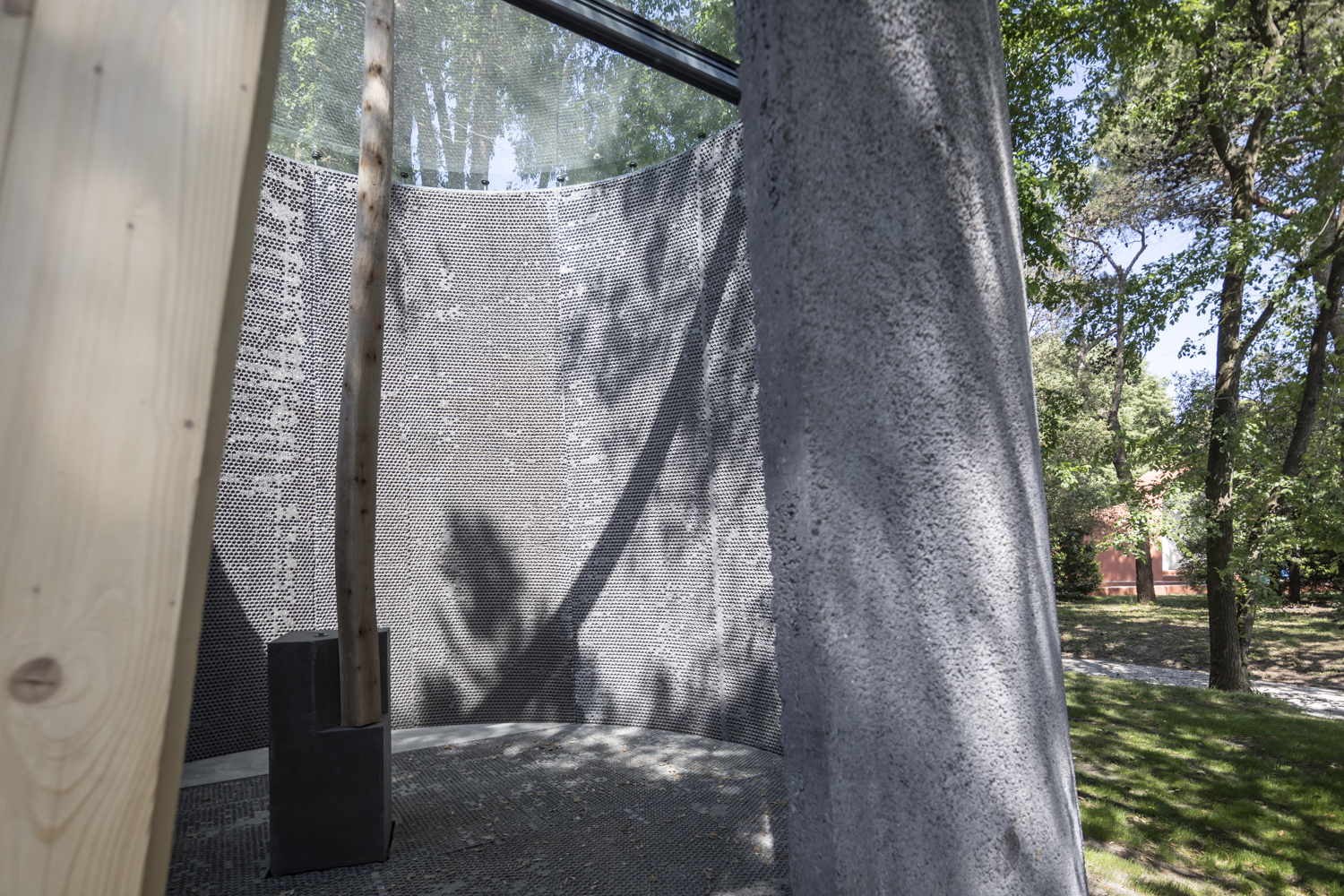 Chilean architect (of Croatian heritage) Smiljan Radic envisions his chapel as a “roadside shrine,” inspired by places along roadways where grieving loved ones leave flowers for people who have perished in accidents. Radic notes that in any chapel, the scale is a trick, as the small building tries to have as large of a presence as a church or temple.

“Perhaps due to this desire for greatness, the elements of architecture seen in them are miniaturized,” he says. “Windows doors, columns are shrunk down, just big enough for a person to fit through, and their walls are large opaque sheets, avoiding the perforations that would betray this exquisite domestic size… all this confuses us and we are left doubting the human scale. In this way, in a chapel and also in a roadside shrine, the monumental and the domestic live in harmony. This seems to be the basis of the issue in my small conical chapel, with its thin walls and open roof.” 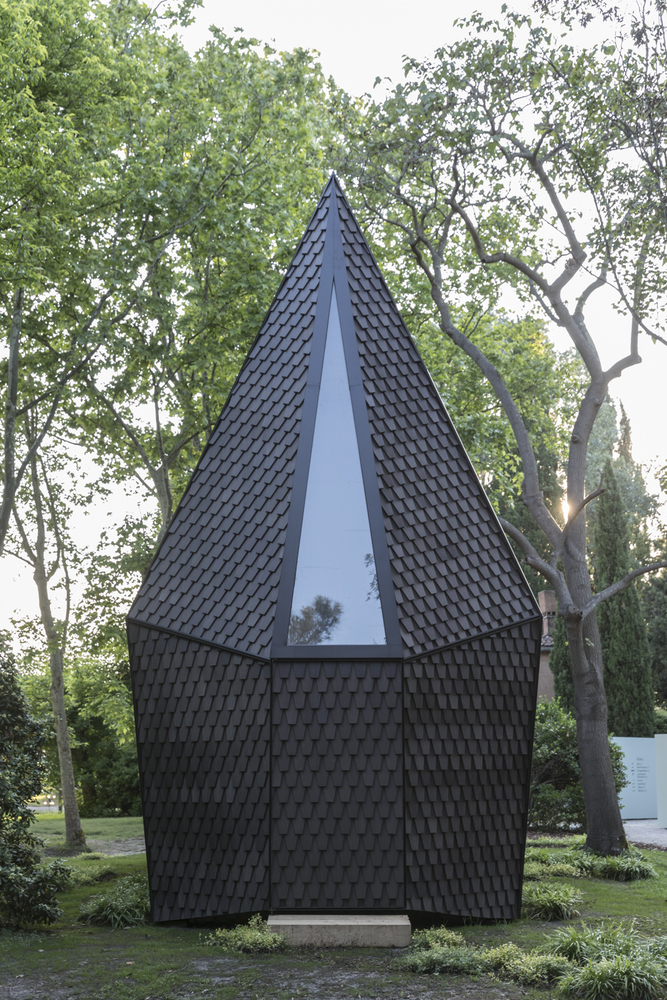 MAP studio, led by Francesco Magnani and Traudy Pelzel, present the Asplund Chapel, housing the drawings of architect Gunnar Asplund. The design references Asplund’s work but reduces it to the scale of a hut, clad in wooden shingles interrupted only by triangular skylights on either side.

“The exhibition is integrated into the pavilion itself: a unicom defines the entire interior space and hosts, in the articulation of the thickness of the walls, the reproductions of the design drawings by Gunnar Asplund for the Skogskapellet, the texts and the models.” 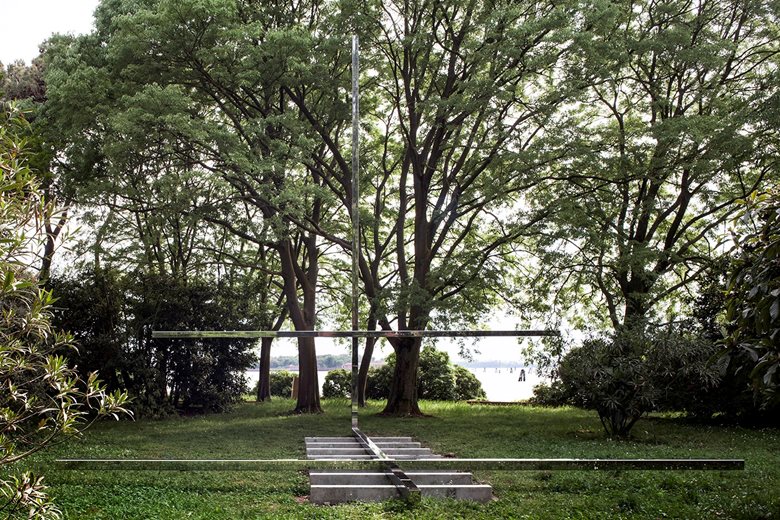 Utter simplicity defines the contribution of Brazilian architect Carla Juaçaba, whose ‘chapel’ is really just a series of metal bars creating a stark symbol in the grass of the island. The surrounding vegetation defines the ‘interior space,’ a meadow of benches gazing at an oversized, minimalist cross.