Some of the concepts submitted for the new Nine Elms to Pimlico pedestrian bridge in London are rather – well – pedestrian, while others are so out-there they’ve been nicknamed ‘The Flaming Mouth of Hades.’ Spanning the Thames River, the bridge will link two very different parts of the city, and must be “technically rigorous and beautiful,” cyclist-friendly and well-engineered while providing headroom for river traffic. 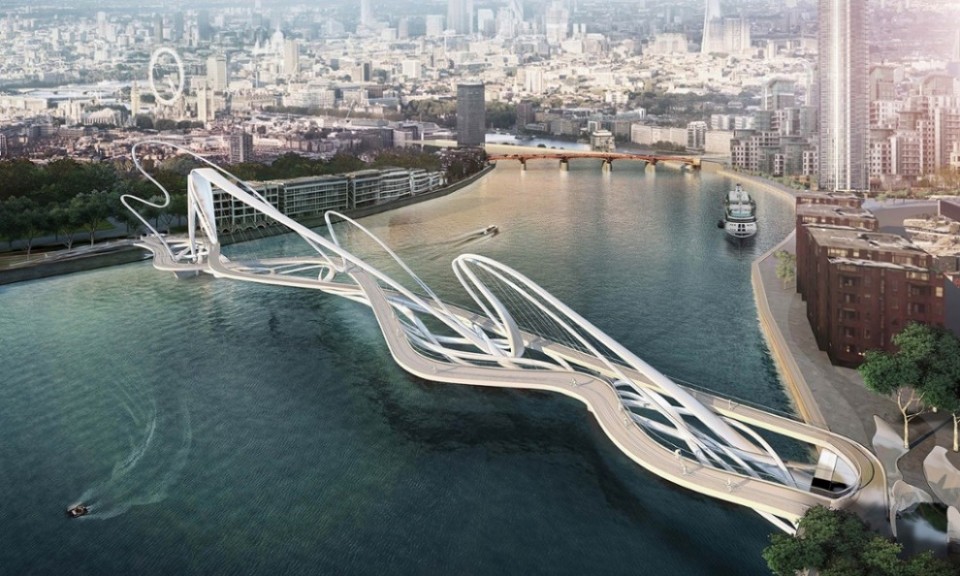 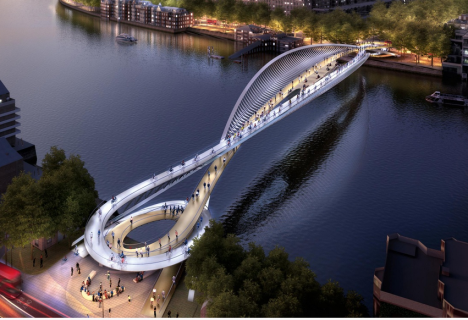 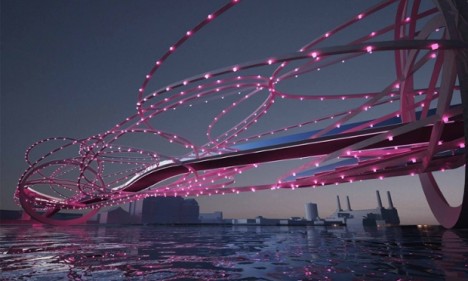 The competition to design the bridge has drawn dozens of entries from around the world, with a shortlist set to be announced later this month and a winner unveiled in July. The design brief notes that “how the bridge looks from afar, as it bestrides the Thames, what it feels like to cross and how it touches land on either shore – and the places that it creates around each landing point – will be critical to its success.” 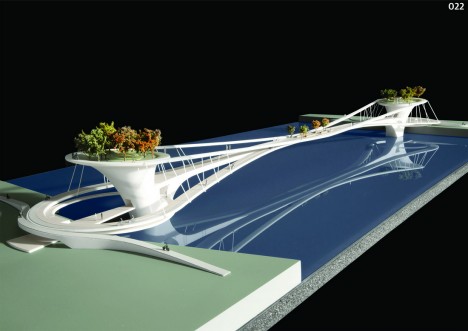 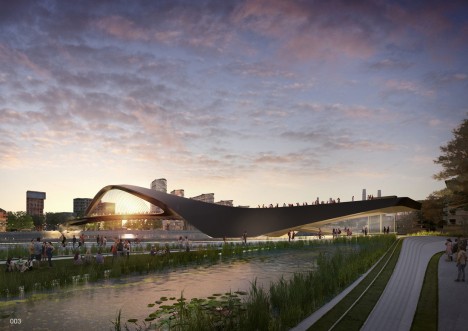 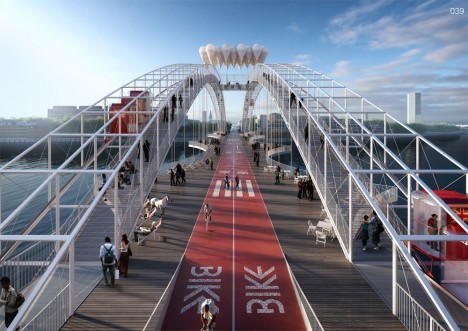 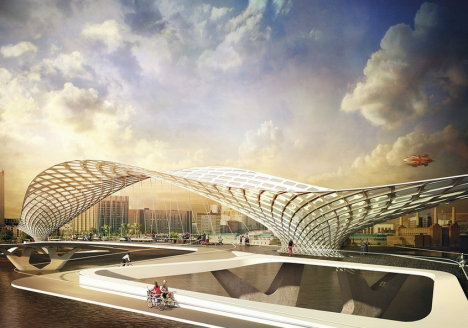 Thus far, there’s only a gallery of images to look at, without any supporting information on each design, so it’s hard to tell just what we’re looking at in some cases. The City Metric called most of the entries ‘ridiculous,’ pointing out “the one which is definitely not a bridge,” “the one like a nightmarish Escher painting” and “the one that’s a spoon.” 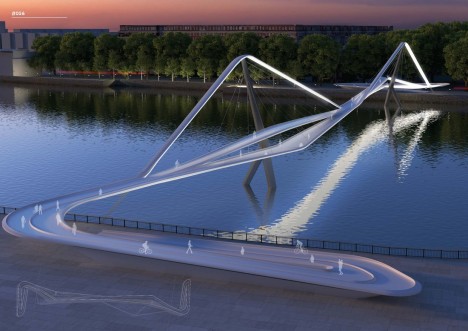 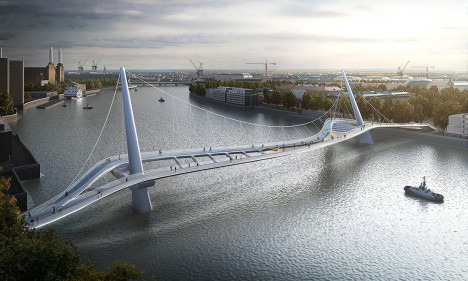 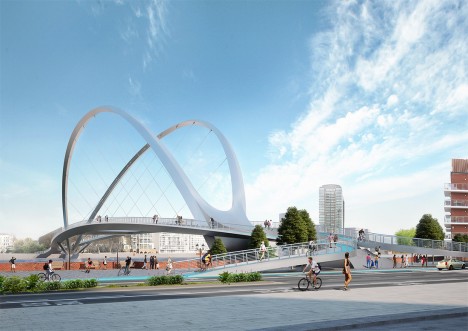 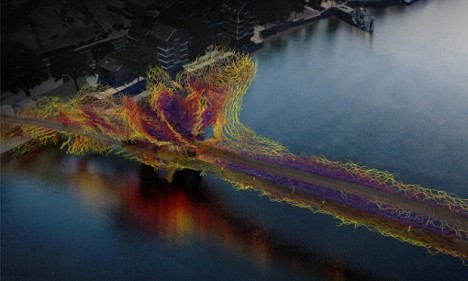 It’s clear enough why the word Hades was invoked to describe the strange violet-and-orange creation pictured above, and it’s unclear how this design would actually function as a bridge. You have to wonder whether some of the entrants are just trolling. But some of the designs are actually quite beautiful, like the one featuring a perforated undulating canopy over a network of paths planted with greenery. However will the judges choose?