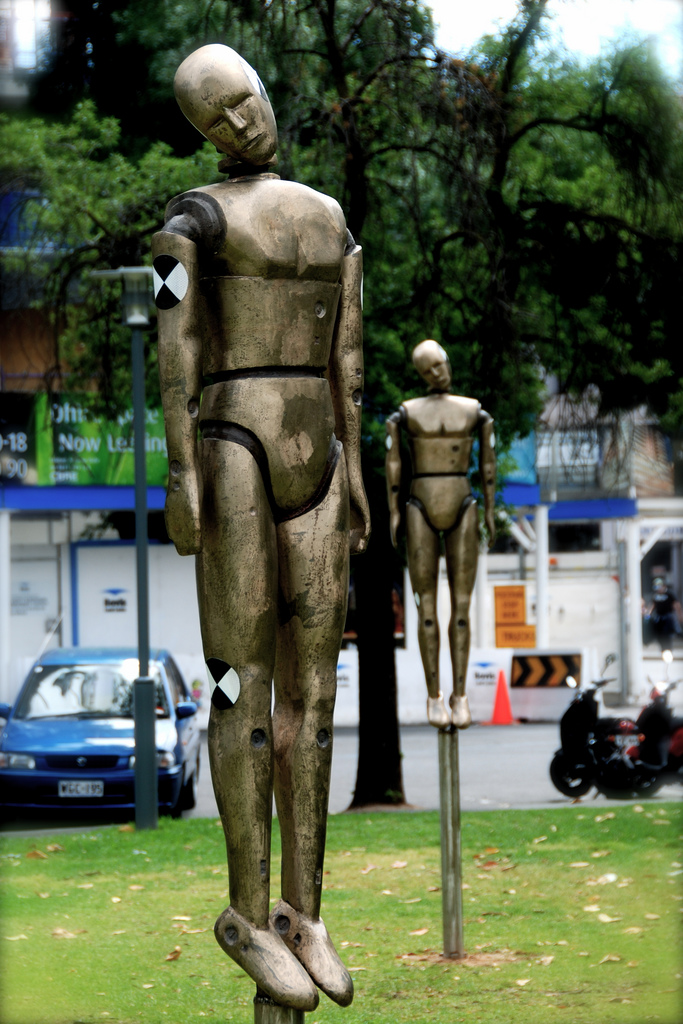 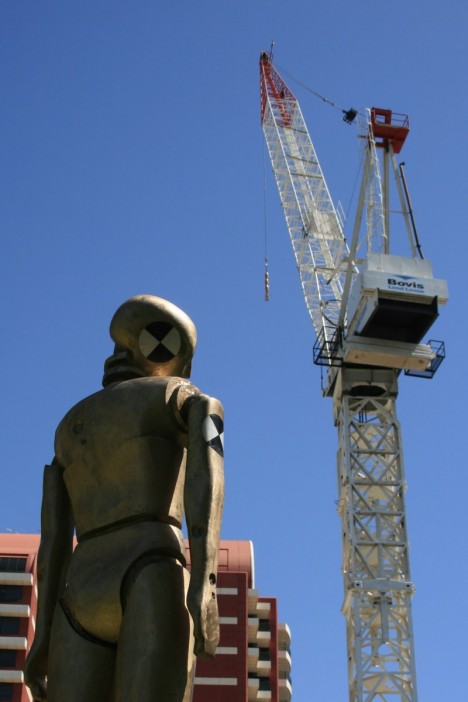 Crash Test, an art installation by Jamie Willis, is located in Hindmarsh Square, a pleasant urban green space in Adelaide, Australia. The piece consists of five bronze statues displaying black & white vector icons and mounted on posts. The statues’ heads are all tilted to one side as if, say, they were dangling from an invisible hangman’s noose… and that’s no coincidence. 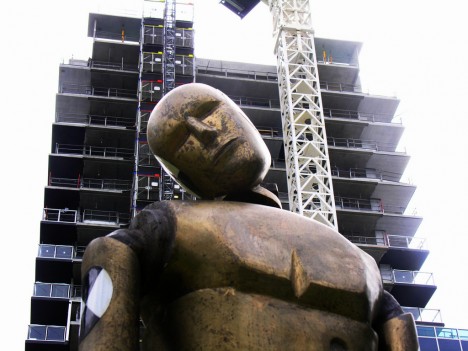 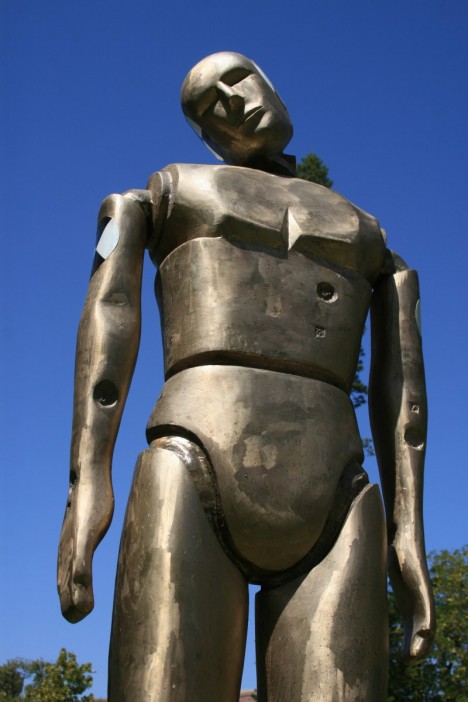 According to Willis, the statues were inspired by a faded photo of a female Holocaust victim who had been hung from a lamppost. “Crash test dummies stand in for people in horrific situations,” explains Willis. “These figures seem to act out the crashes in human history, the colossal mistakes and the times we smashed into each other. The blandness of these unobtrusive, hovering dummies acts as a foil for the quiet, deafening violence their hanging implies.” Enjoy your picnic lunches, Adelaideans. 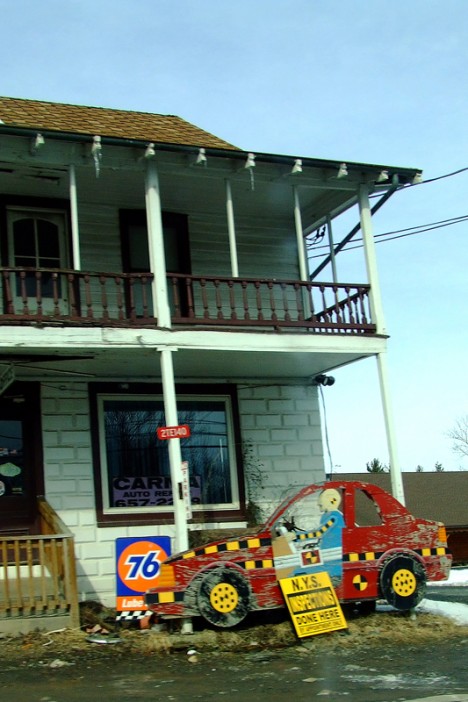 Flickr user duluoz cats captured this slightly (ya think?) sketchy vehicle inspection center in Woodstock, NY on February 25th of 2007. “I came upon a child of God, he was walking along the road…” blame it on some billion-year-old carbon clogging up the carburetor. 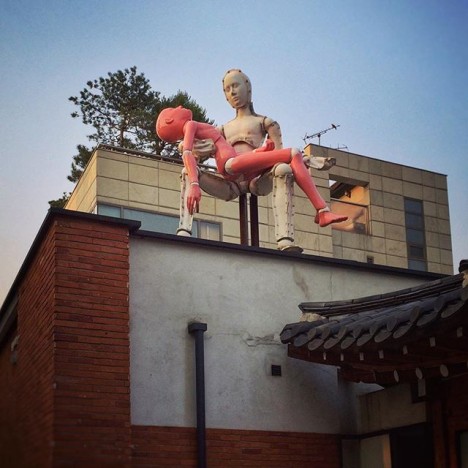 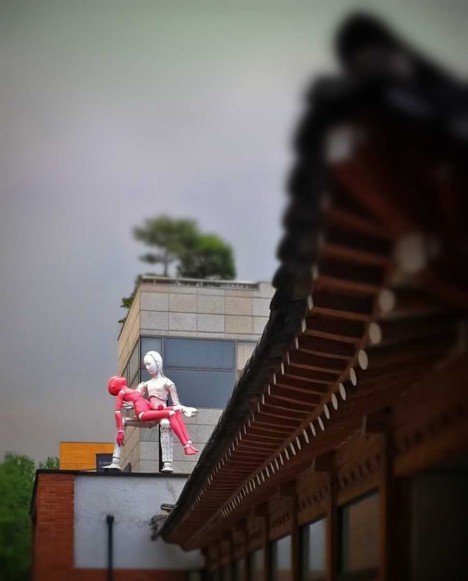 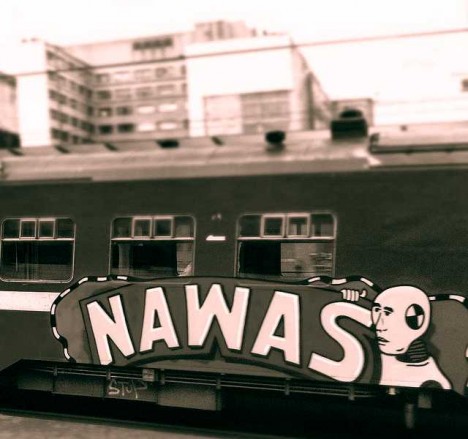 What is “NAWAS”, and why does that name appear on dozens of trains, walls and other outdoor infrastructure throughout the Low Countries? Call it the calling card of one of Belgium’s most noteworthy (or notorious, depending on one’s POV) graffiti crews. The otherwise anonymous artists don’t often depict crash test dummies in their graphics but when they do, it’s on the side of an SNCB train. Kudos to Flickr user New Fast Atomic Daffodil for the above image taken in June of 2014.