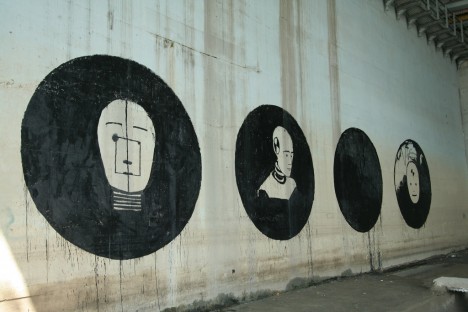 Flickr user Jamie (lets.book) espied the above crash test dummy stencil graphic on August 28th, 2009 while traversing an underpass in Seoul, Korea’s Han River Park. Appearing to have been created in haste, the graphic seems to be missing an image in the second circle from the right. We’ll have to assume the presumed dummy must have… (puts on sunglasses)… blacked out. 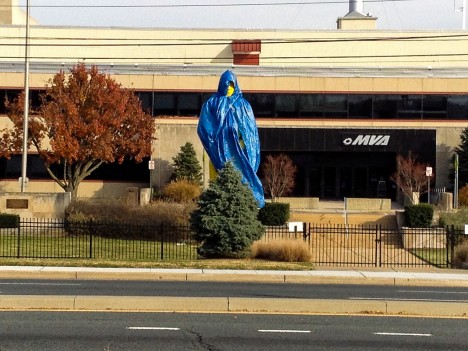 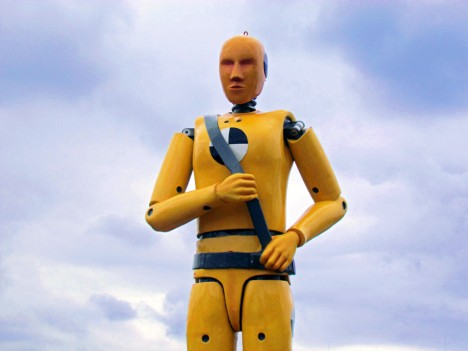 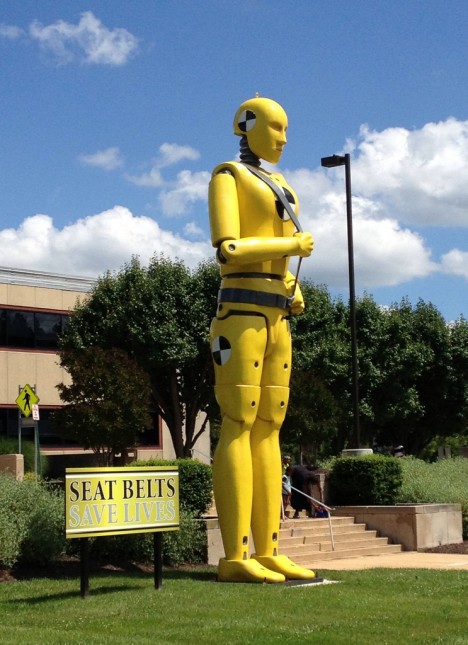 “It cost $63,000 and was set into place by a crane just before Thanksgiving 2012,” according to Roadside America, who wonders “Will a giant crash test dummy create distracted drivers? Only time and accident statistics will tell.”

Quit While You’re a Head 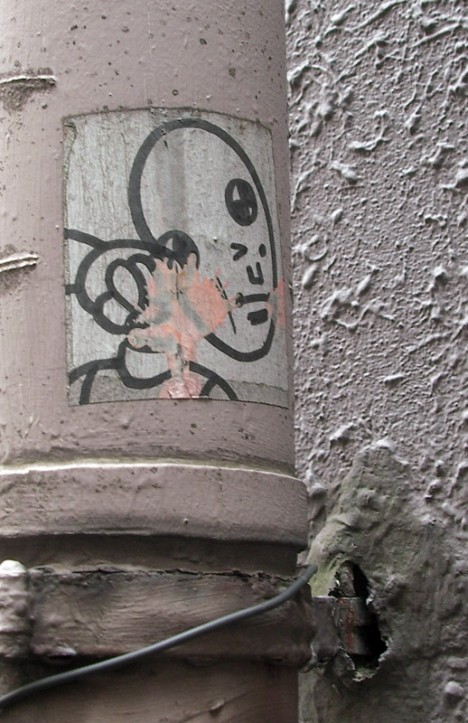 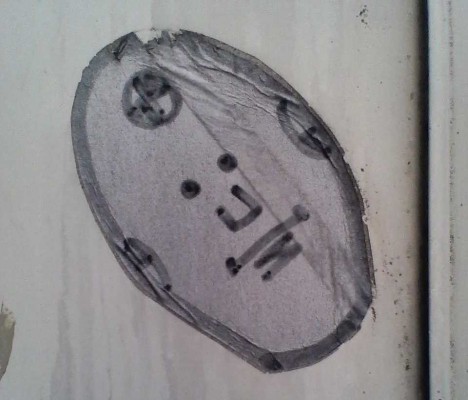 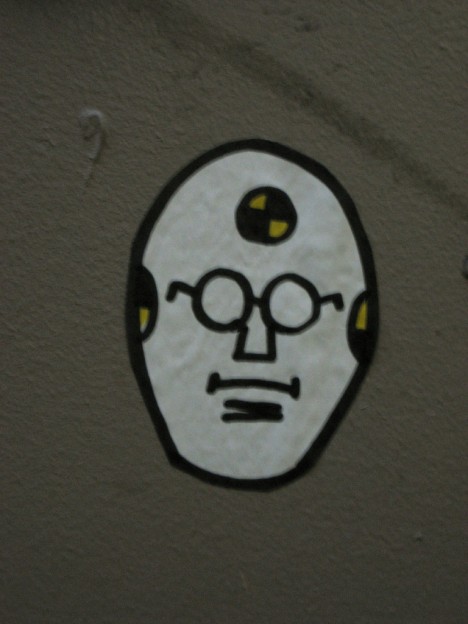 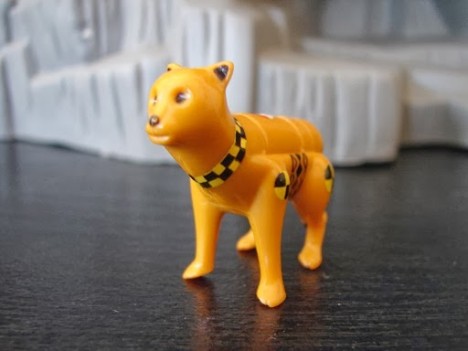 These disembodied crash test dummy head stickers come to us from Kichijoji (Tokyo), Japan and Melbourne, Australia. A reference to The Incredible Crash Dummies action figures of the early 1990s, perhaps? If so, where’s Hubcat and Bumper?

Bow To Your Sensei 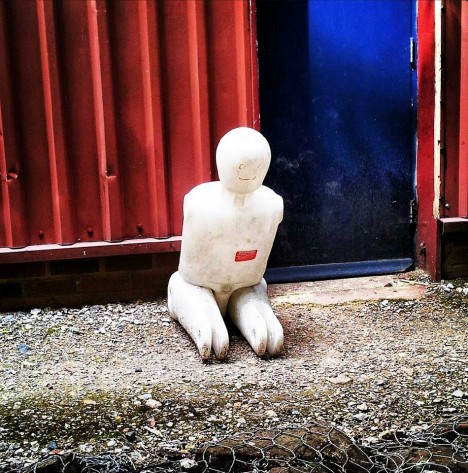 It’s just a flesh wound! “Manny the crash test dummy” needs a little love, not to mention his upper and lower extremities. The down-on-its-luck, down-on-its-knees crash test torso was caught by photographer Ali L (no relation to Ali G) obsequiously greeting visitors in Thorpe Park, somewhere in the UK.