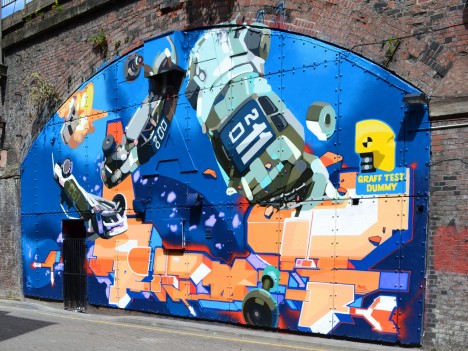 The 2011 Eurocultured arts festival in Manchester, UK featured a wealth of artistic graffiti including the ambitious work above, located along New Wakefield Street. 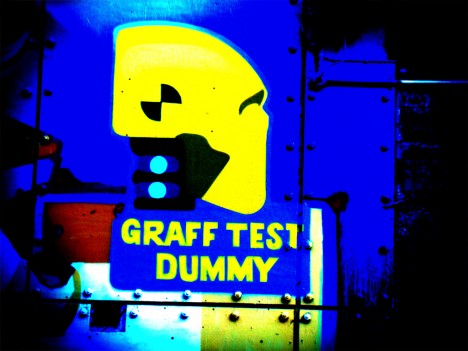 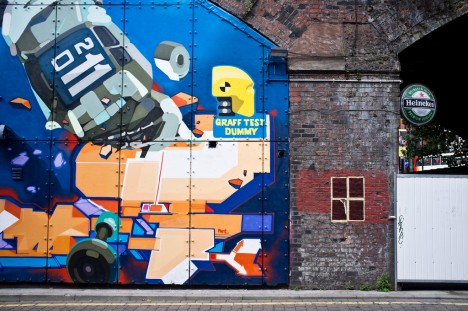 Even the best artistic graffiti is essentially impermanent though the bright yellow “GRAFF TEST DUMMY” area of the mural was still shining bright almost a year after artists SatOne and Dems painted it. Full props to Sheila Blige, pixelpixel, and Matti Merilaid (StreetMatt) for capturing the respective images above. 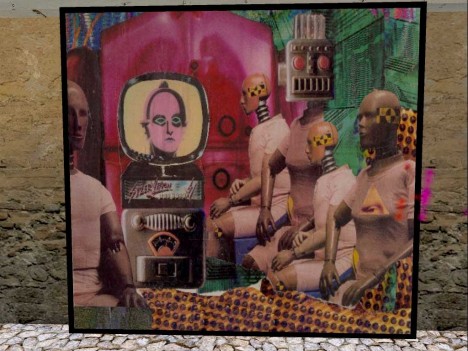 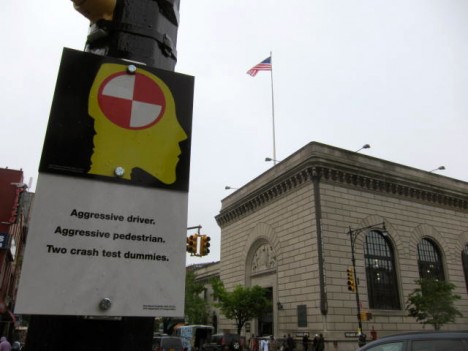 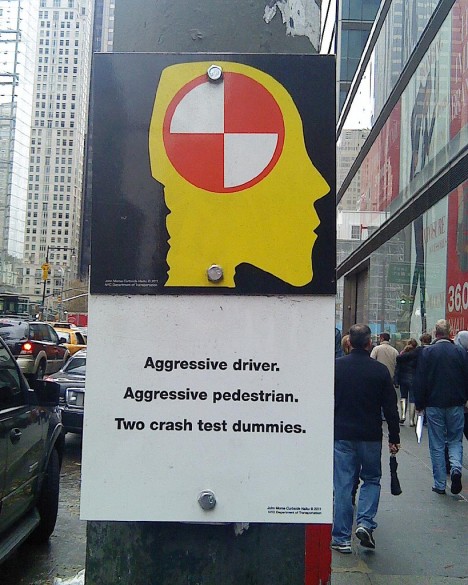 In late 2011, the New York City Department of Transportation launched Curbside Haiku, a safety education / public art campaign featuring a dozen colorful graphic works by artist John Morse – each accompanied by a relevant haiku (17-syllable) poem. One of the graphics, featured in the above photos by Flickr users Eugene Gannon and Billy (chillbill), was mounted on a utility pole at the northwest corner of Court Street and Atlantic Street. 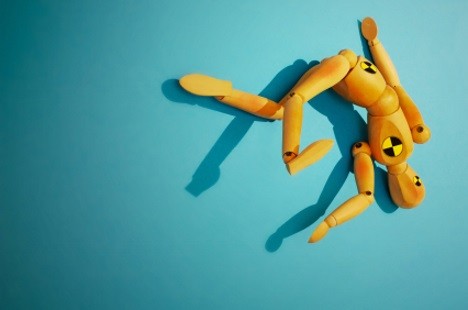 Sometime the simple approach is the best one, and while the above image c/o Flickr user Rick Heaton (rickie0007) of Australia’s Owner Builder First Aid isn’t in competition with our other featured crash test dummy artworks, it certainly does stand on its own… or at least it did.