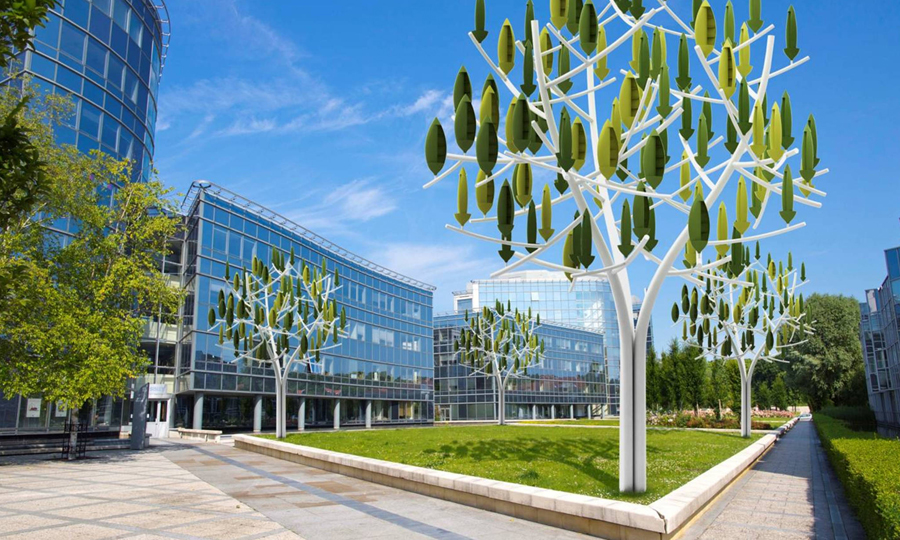 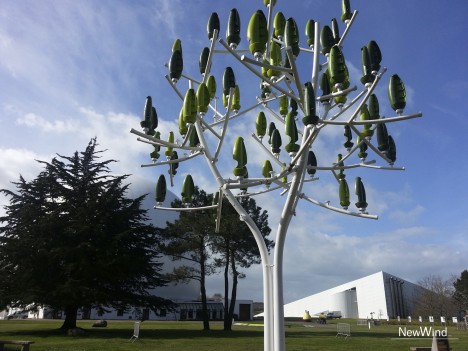 Inspired by the movement of leaves in the wind, New Wind founder Jérôme Michaud-Larivière developed this project with technology and aesthetics equally in mind, conceiving of the design as part public art and part civic infrastructure. 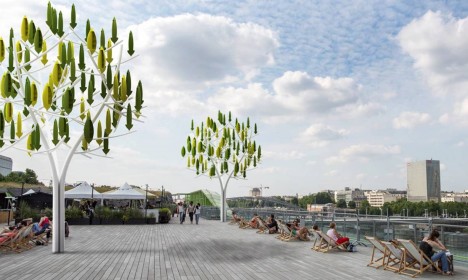 The technology behind the design is robust, sophisticated and efficient. Even the tiniest gusts of wind (starting at a few miles per hour) will turn the small blades secreted away within each individual leaf making them well-suited to all sorts of city environments. Each blade can rotate and generate power in both directions and thus more versatile. According to New Wind, “With 72 artificial leaves serving as micro-turbines spinning on a vertical axis, the Wind Tree is designed to harness more gentle winds. The developers say this can extend to breezes blowing as slowly as two meters per second, making the turbine useful across more than 280 days of the year. Its power output is calculated at 3.1 kW.” 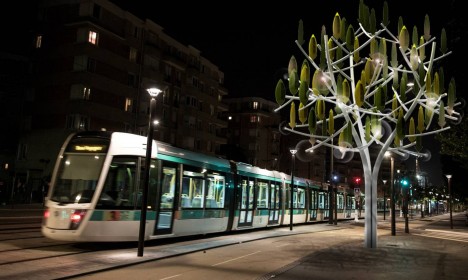 A prototype has already been deployed in Paris and the idea is to eventually roll out small pockets (or perhaps: forests) in various public spaces, from gardens and parks to squares and shopping centers. Of course, potential applications in non-urban areas exist as well, particularly as future iterations evolve even greater levels of efficiency. 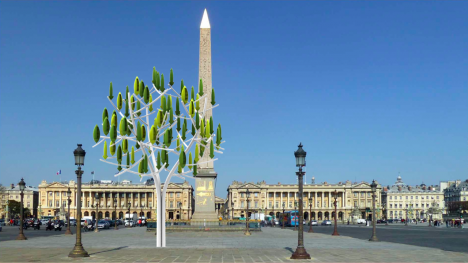 Currently, the plan is to power street lamps or energize electric car charging stations. Eventually the hope is to add photovalics to the trunks and branches, adding energy-harvesting capacity in another form to the same structures. Ultimately, these creations may supplant the need for power grids in localized areas like parks where bringing in energy adds more infrastructure that well-placed generators could provide instead. For now, the price tag still seems a bit steep: just over $36,000 USD, but that could come down in time as the production process is refined and if sufficient buyers express interest in scaling the strategy.