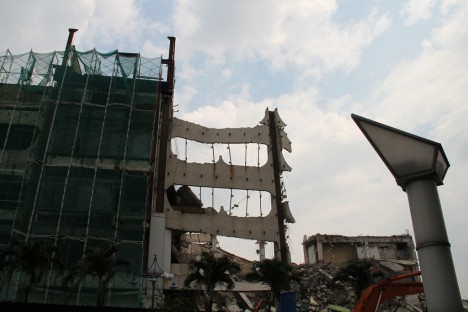 Unlike most abandoned supermarkets, the former Jaya Supermarket in Malaysia was demolished (partly) before it was abandoned. According to Edmund Yeo of Swiftly, Writing, the supermarket complex was designated for redevelopment in 2008 but a fatal accident during demolition the next year put the entire process on extended hold. 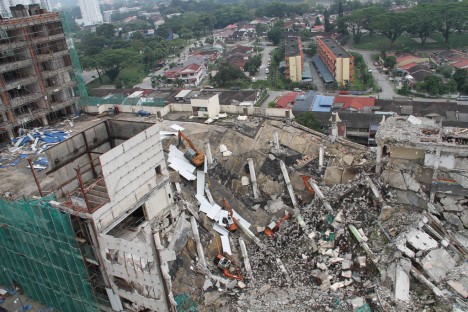 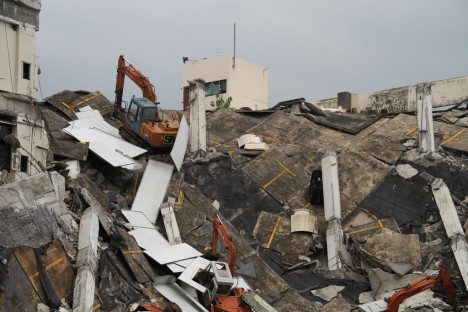 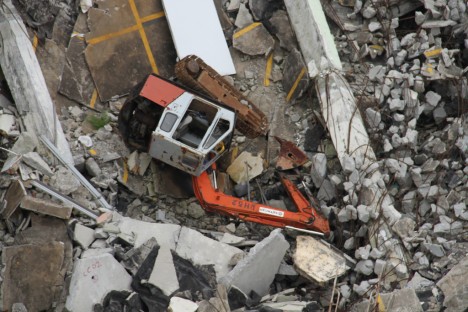 Yeo took these photos in late February of 2010 and several images show abandoned cranes and excavators lying amid the twisted ruins of the ex-supermarket. “I had always thought that… this building was stuck in this ghastly, permanent state,” states Yeo, “but apparently, demolition work is indeed ongoing. And soon all traces of what it was will be gone.”

Not Staying The Corso 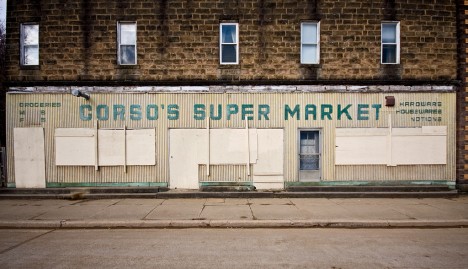 Where will folks in Parker PA get their notions now that Corso’s Super Market has folded its tent and packed it in? Yep, you know a supermarket’s old when (a) the sign says super market and (b) they sell notions along with hardware and housewares… or should that be hardwares and houseware? We haven’t got the faintest notion and alas, neither does Corso’s. 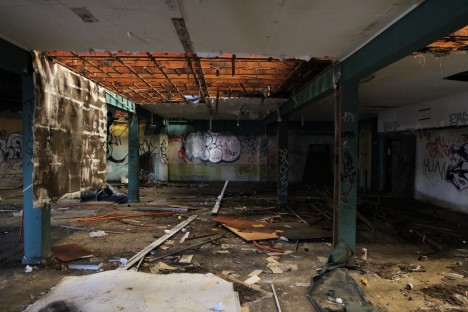 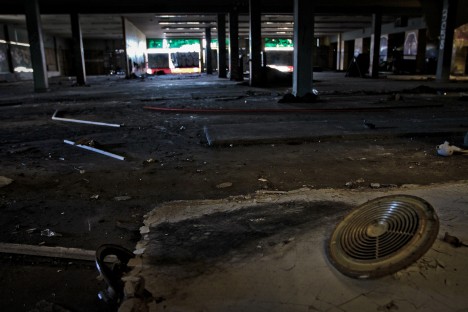 “An abandoned super market,” according to Flickr user Demp2, “Pretty much completely emptied out and turned into a skate park / graph den.” 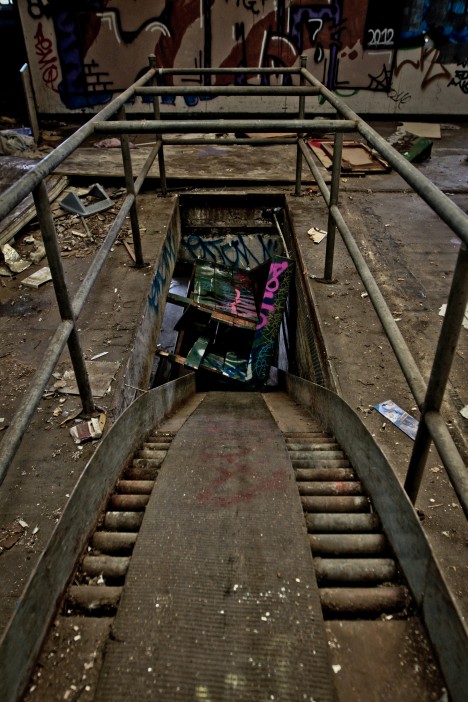 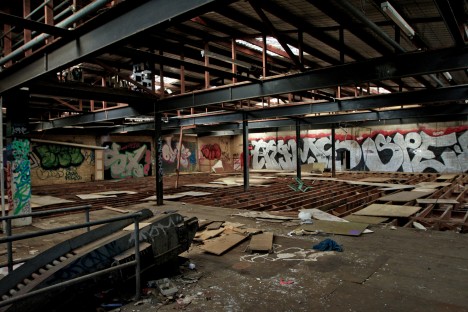 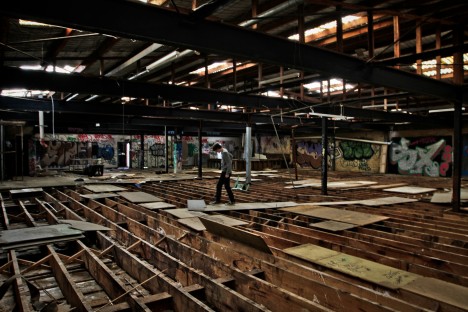 While the graphic stuff seems to be well on its way to peak graffiti, the “skate park” is still pretty much a work in progress… and dangerous work it is, what with plywood planks being laid over lots of missing floorboards. 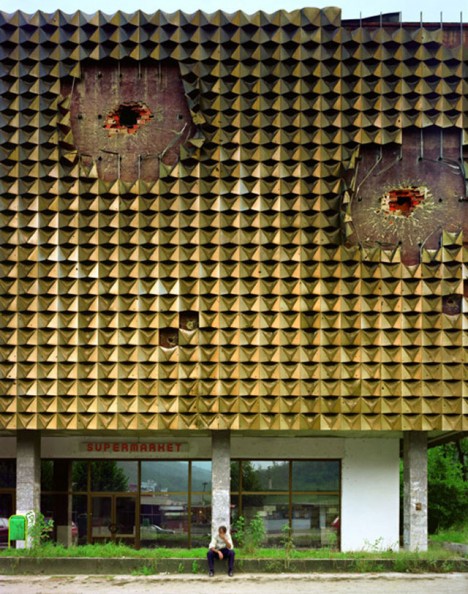 “Honey, make sure you pick up some bread and milk at the supermarket on your way home…” Unfortunately for the super-bummed-out dude above, said supermarket is in Goražde, a town in Bosnia heavily bombed by Bosnian-Serb forces during the 1994-95 breakup of Yugoslavia. The now-abandoned supermarket and its glittering golden facade obviously proved to be too tempting a target to ignore. Also, the bread and milk are WAY past their best-before dates.