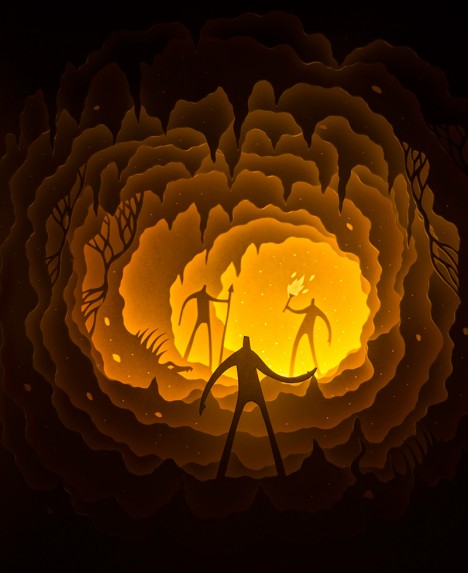 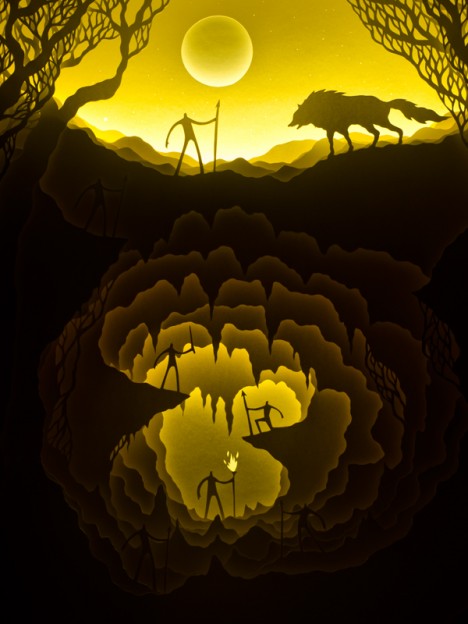 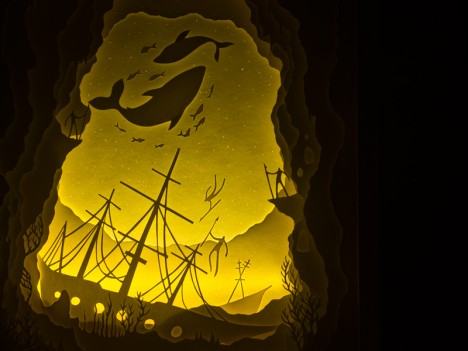 Despite the darkness of their subject matter, in ordinary lighting conditions there is almost nothing to be seen of these pieces. The work waits in the shadows, so to speak, popping out when you turn out the lights and turn on the LEDs inside each individual light box. 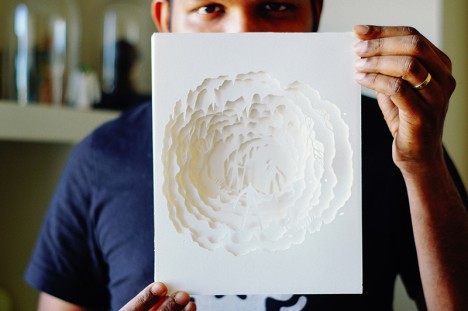 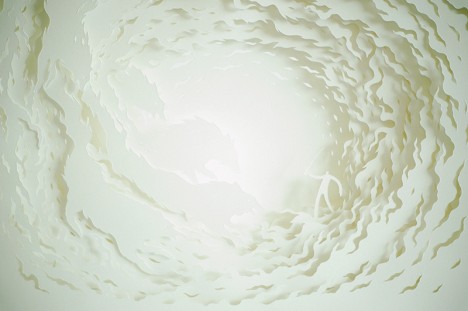 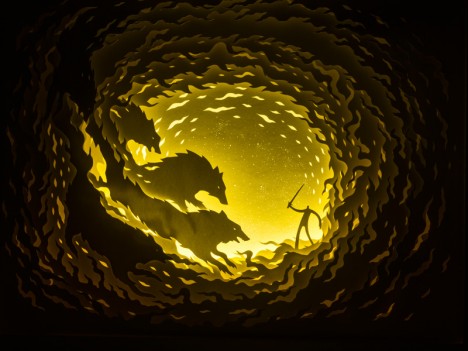 Loosely analogous to a book, perhaps, the story plays out in the space between the pages, each one individually flat but, together with illumination, adding up to something more than the sum of its parts. 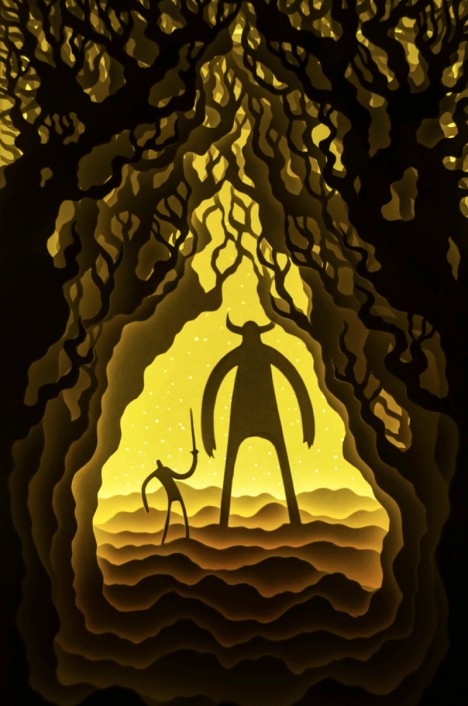 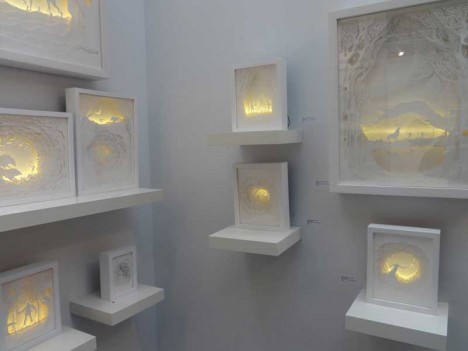 While most of their works are relatively small, a recent project challenged them to build at a much bigger scale, creating an entirely monstrous (pun intended) New York cityscape (shown below). 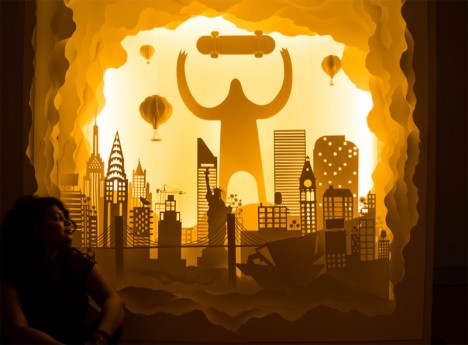 From the artists: “Paper is brutal in its simplicity as a medium. It demands the attention of the artist while it provides the softness they need to mold it in to something beautiful. It is playful, light, colorless and colorful. It is minimal and intricate. It reflects light, creates depth and illusions in a way that it takes the artist through a journey with limitless possibilities.”