The optics are all wrong when it comes to these closed and abandoned opticians, optometrists and ophthalmologist shops as anyone can clearly see. 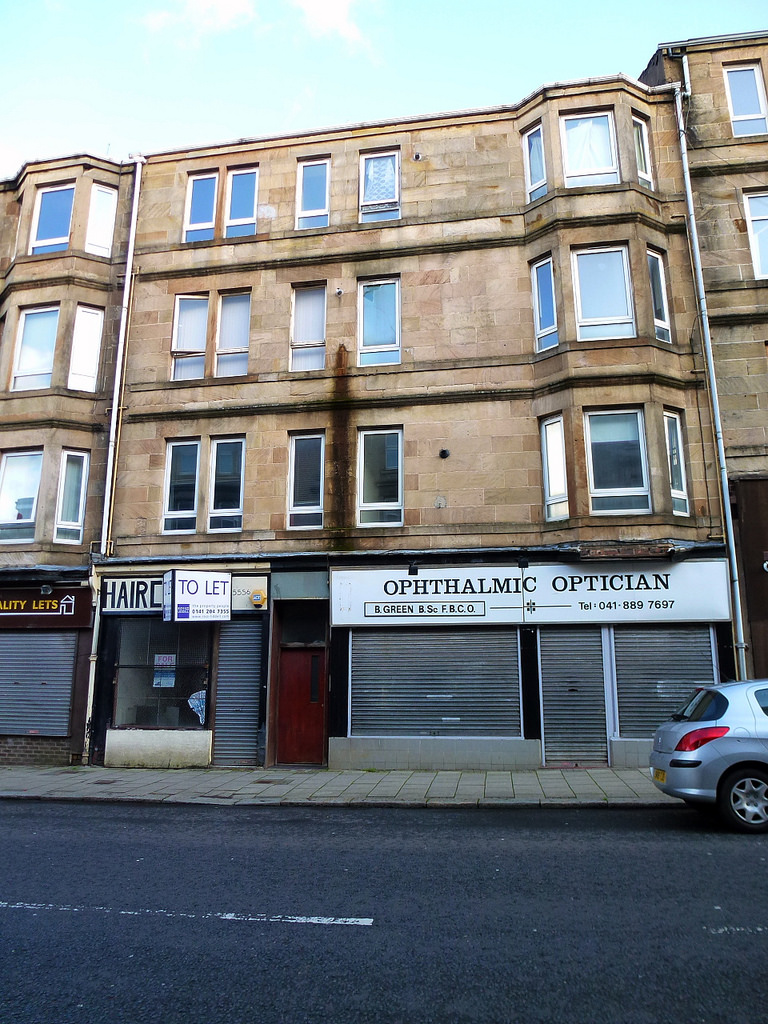 There’s no optician like an Ophthalmic Optician, except of course when it’s closed and there’s, er, no Ophthalmic Optician no more. Such is the case in Castlehead, a declining district of West Paisley, Scotland, where it seems there are more steel-shuttered shops than stores still open for business. Flickr member David Cameron Paisley Photographer (dddoc1965) captured this sorry sight – or should that be “sorry site” – in early November of 2014. 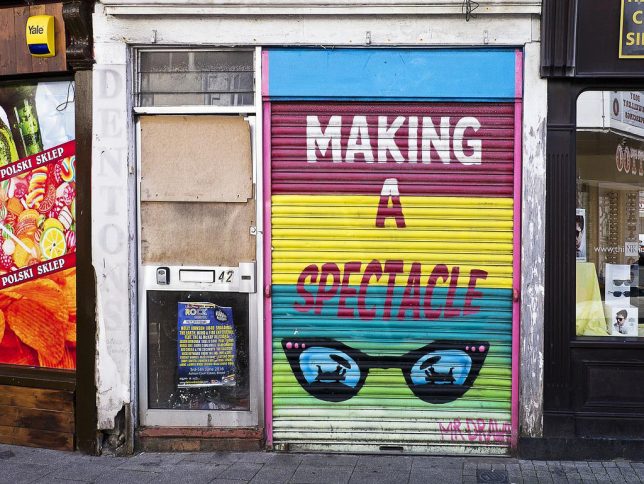 It takes some extra effort if you want to stand out between a Polish foods store and a tattoo parlor. Thus it’s not surprising this abandoned Bristol, England optician’s rainbow-hued sign is the last remaining sign of the store’s previous existence. Flickr member Graeme Dawes (HUNGRYGH0ST) snapped the store’s lurid yet eye-catching signage in May of 2016. 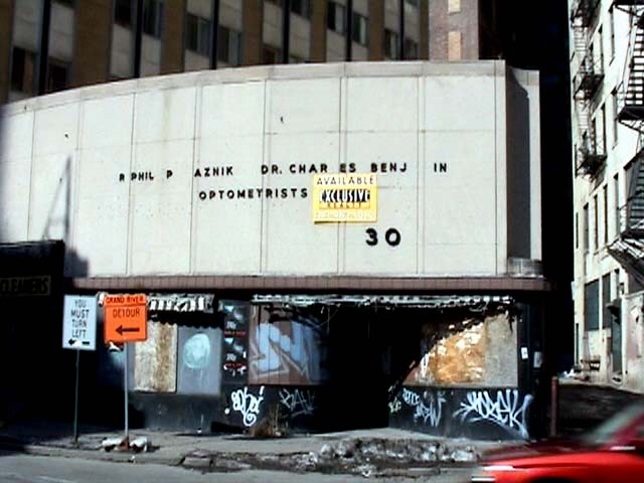 Touring downtown Detroit by bus and on foot isn’t such a great idea today and it wasn’t so wise back in 2004, when Flickr member Lucas (bilateral) did just that – and survived to show & tell the tale. We presume Drs. Phillip Aznik and Charles Benjamin also survived their exodus out of urban Detroit though their long-abandoned optometrist store (and its sign) didn’t quite make it. 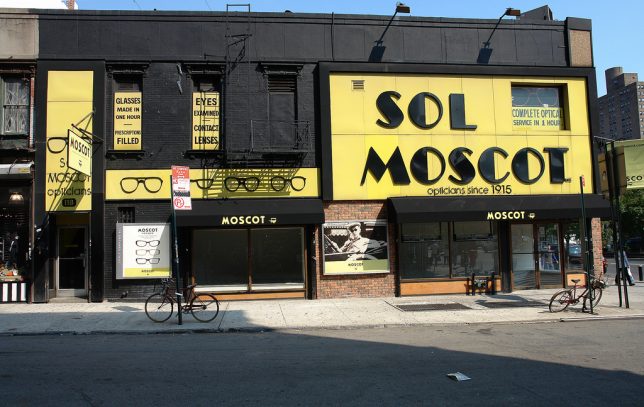 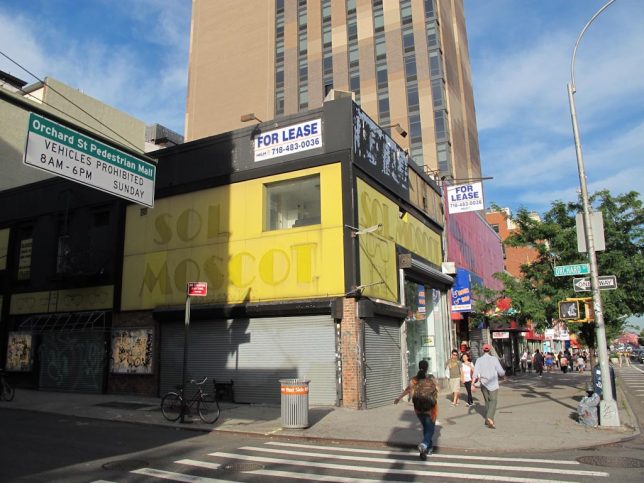 Sol Moscot Opticians (founded 1915) was a Lower East Side landmark from 1935 to 2013, when the business moved to new digs on the opposite side of Delancey Street. 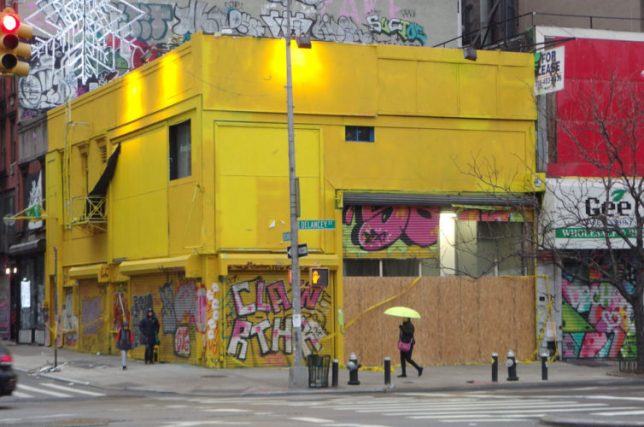 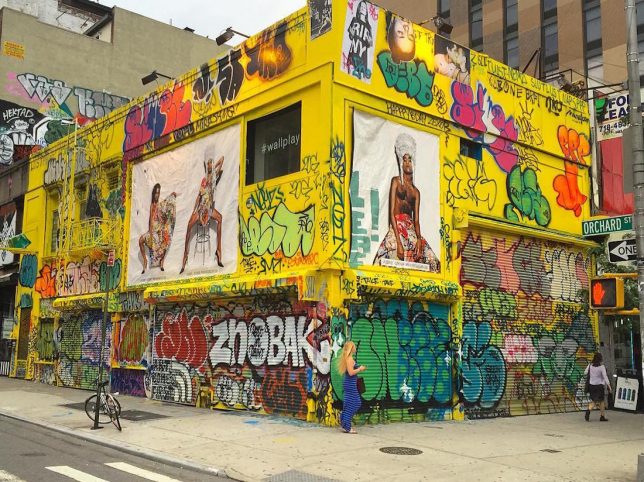 The old store sat sporadically abandoned for several years following the move, until demolition and construction on a 12-story mixed-use tower finally commenced in early 2017. We’re guessing the new development will be far less colorful which in hindsight (see what we did there?), would be a bit sad. 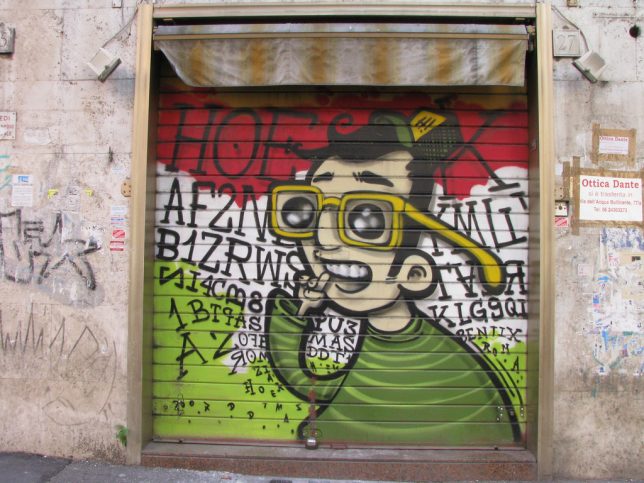 While the late and lamented Sol Moscot store was, in its later stages, almost overwhelmed by a flood of (perfectly legal) graffiti, this unnamed abandoned optician in Rome, Italy has only the above painted panel to prove its previous occupation. Good thing that sole example is awesome! Flickr member Tobia Maschio (The Great Slug) snapped this brilliant work of anonymous street art on July 16th of 2010.