Have no illusions, these awesome urban optical eye charts test not only your vision but the varied ways in which we visualize the world around us. 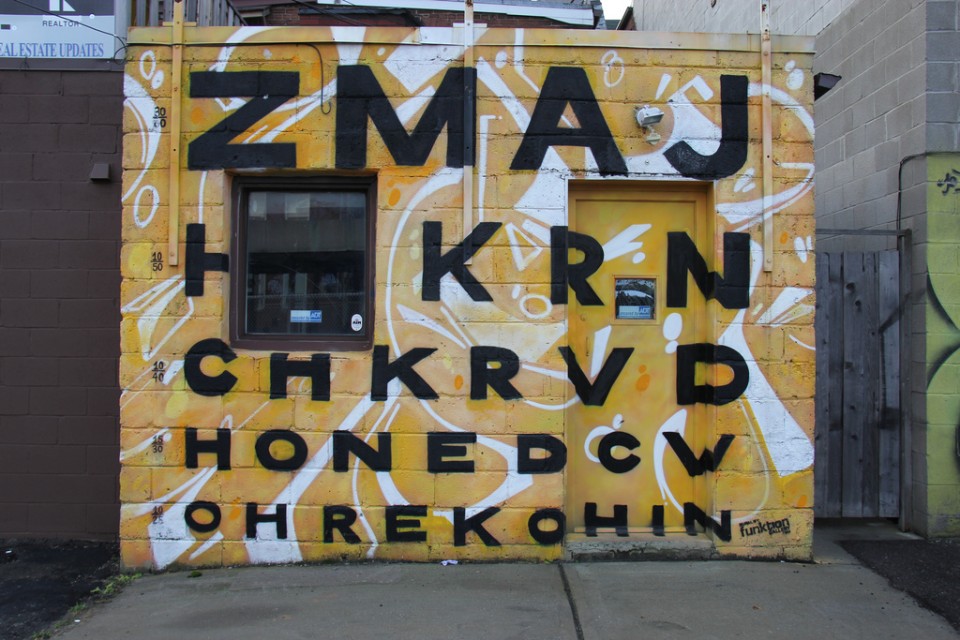 If you can’t read the characters on this downtown Toronto eye chart, what the heck are you doing behind the wheel?? Flickr users jbjelloid and John Tavares captured this clever use of an optician’s rear facade (the front is remarkably unremarkable) on January 27th of 2011 and December 4th, 2012 respectively.

What’s In Your Wallet? 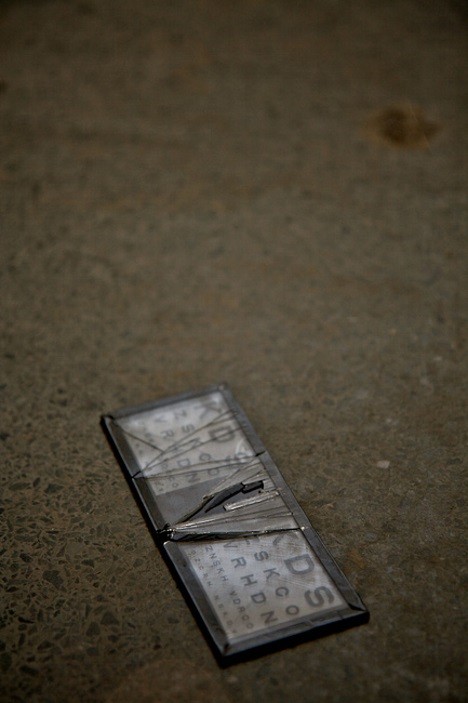 If you were an optometrist working at the now-abandoned Alameda Naval Air Station, then this handy-dandy portable eye chart would rest cheek-by-jowl with your cash and credit cards. How this particular  mini-chart ended up on the clinic floor is a mystery. Maybe the doctor was mugged… one might say he was robbed blind. 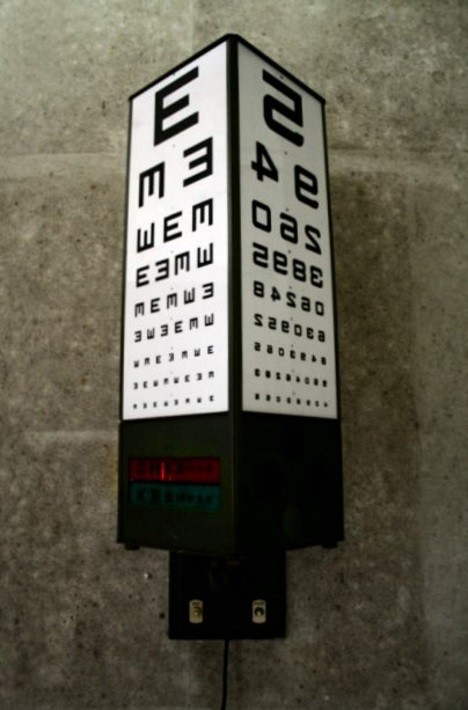 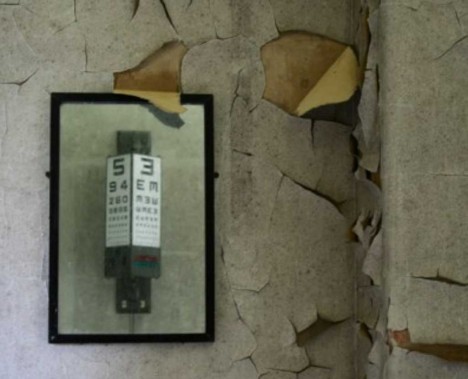 Maybe we’re wrong but these curious eye chart wall sconce thingies (for want of a better term) would seem to be the optician’s equivalent of the iconic barber pole. This one isn’t lit – photographer Adam Slater captured several images shortly before the abandoned West Park Hospital/Asylum was demolished – and it’s a pity someone didn’t “liberate” it for creative re-use. Then again, maybe someone did: as far as we know it might be illuminating Slater’s living room right now. 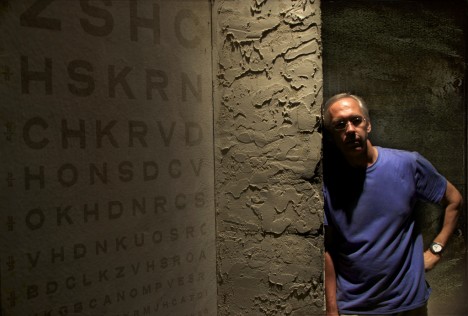 Flickr user Bill Walker celebrated Self Portrait Thursday on June 23rd of 2011 with the above entry posted the previous day. Walker’s composition is all about texture, normally an attribute related to touch but in this case focused on vision.