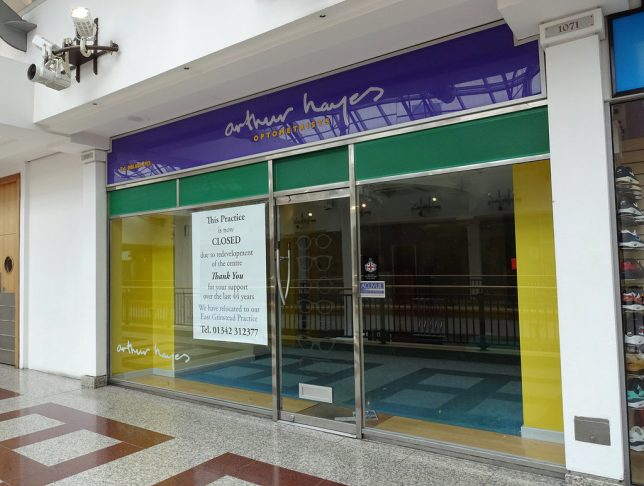 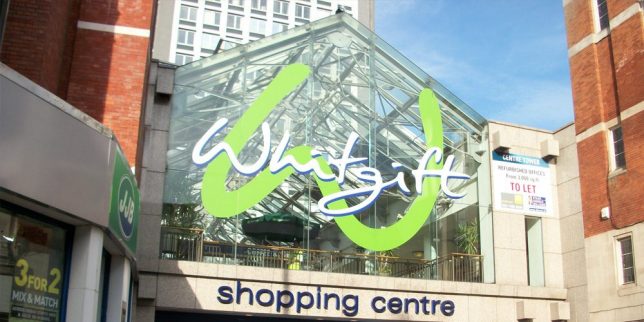 Arthur Hayes optometrists occupied this soothingly-tinted mall store in Croydon’s Whitgift Shopping Centre for 44 years, and only left because the mall as a whole was to be re-developed. Good to see the UK’s omnipresent CCTV cameras holding out til the bitter end. Flickr member Kake snapped the closed shop in May of 2016. 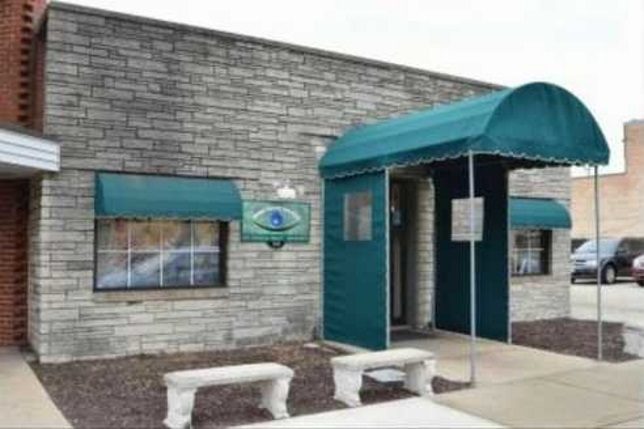 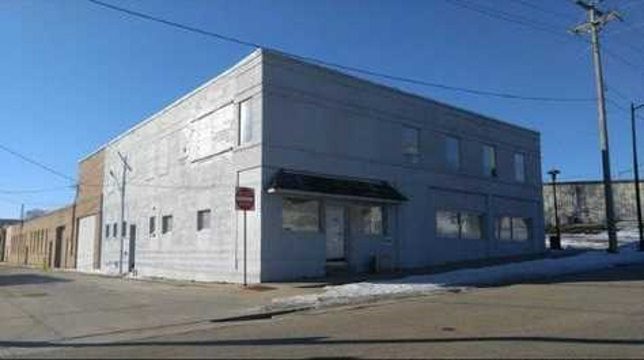 Now that we’ve referenced the great Mac Rebennack’s 1973 signature tune (one of musical history’s more persistent earworms), we’ll note that the above former Dr. John’s Opticians office is about as un-memorable as architecture can get. In fact, make the Wrong Place, Wrong Time.

No Langa In Business 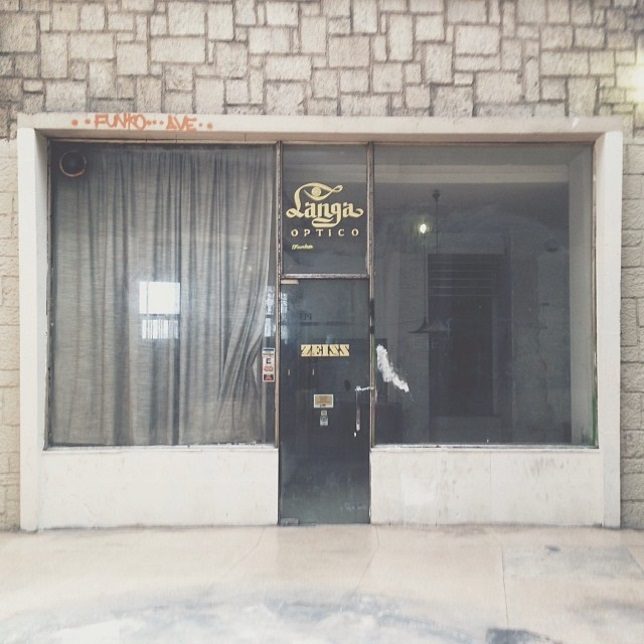 No one expects the Spanish Optician! At least, nobody expected Langa Optico, located in Madrid, capital of Spain, to shut its doors permanently. Flickr member Jon Arregi captured the stores tired yet graceful exterior with his iPhone camera on October 20th, 2013… at 2:09pm, no less! 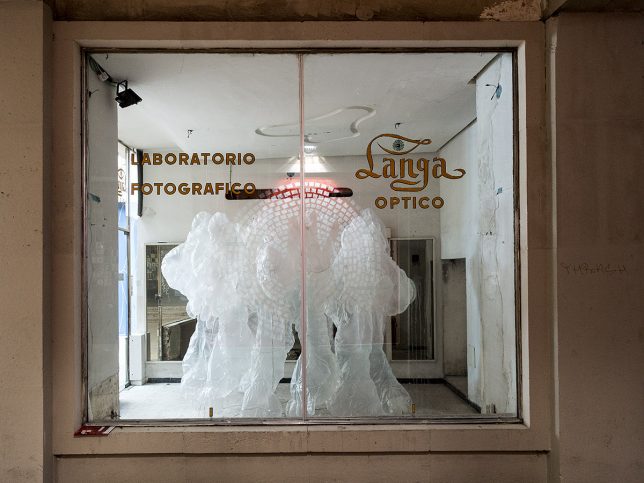 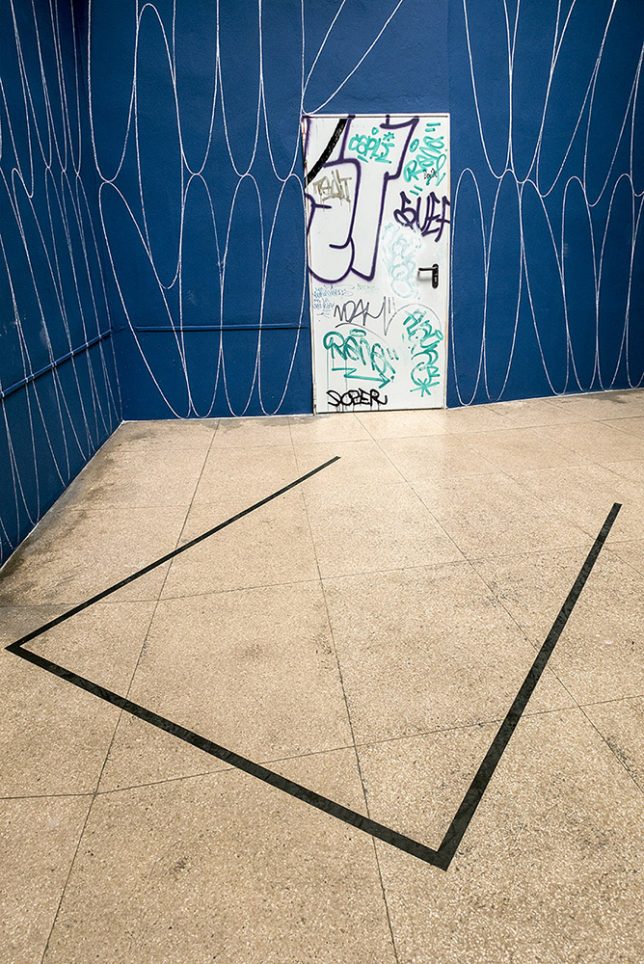 It would seem that by 2015, the former Langa Optico building was being used as a modern art show-space by Galeria de Fuencarral. Interesting things to see? Check. Things to see them with? Not so much. 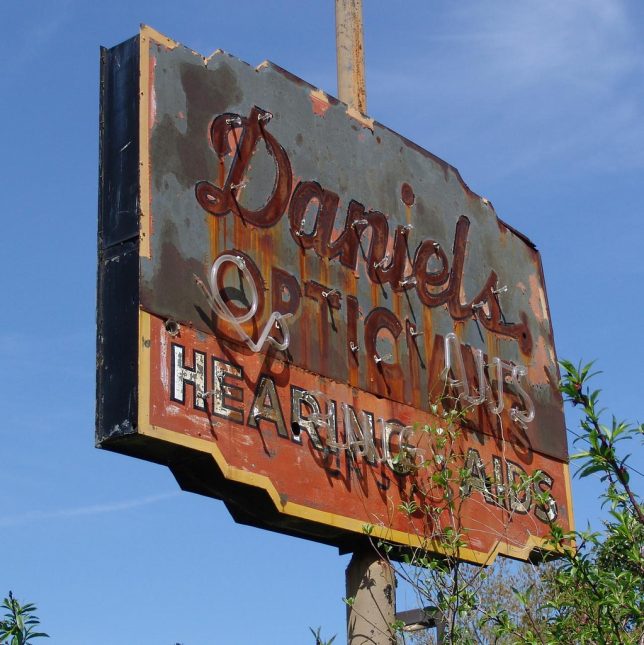 This rusty and deteriorating neon sign is all that’s left of the former Daniels Opticians on Highland Avenue in Birmingham, Alabama. The store once sold hearing aids as well, though servicing TWO sensory needs still wasn’t enough to keep the business in the black. Flickr member Warren Reed (esywlkr) captured the sign in all its tubular glory back in April of 2005. 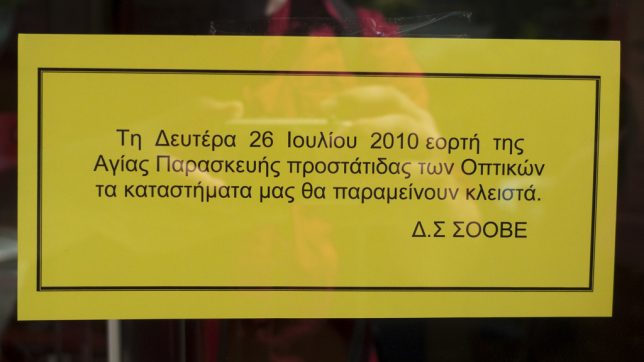 We’ll sign off, as it were, with a couple of optician shop window signs that add some light comedy to the true tragedy of a business closing. Above we have a shop in Thessaloniki, Greece that according to Flickr member Matt Brooker (The Glass Eye), is “Closed of Patron Saint of Opticians”. Pray they do not close any further. 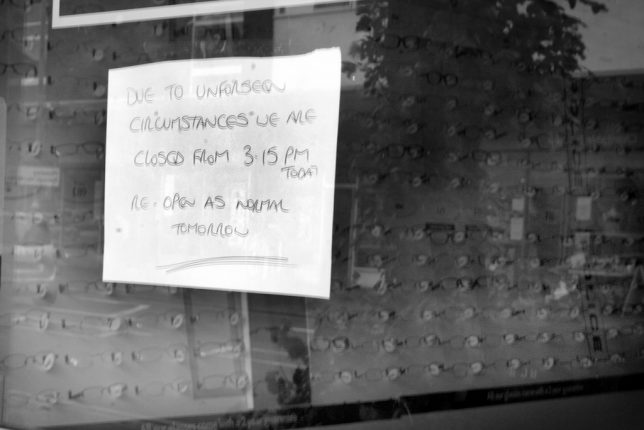 Last but not least, here’s a West Midlands (UK) optician that’s closed “due to unforeseen circumstances”… yeah, you might want to take your business elsewhere. Kudos to Flickr member John Garghan for snapping this wee slice of life one day in June of 2011.