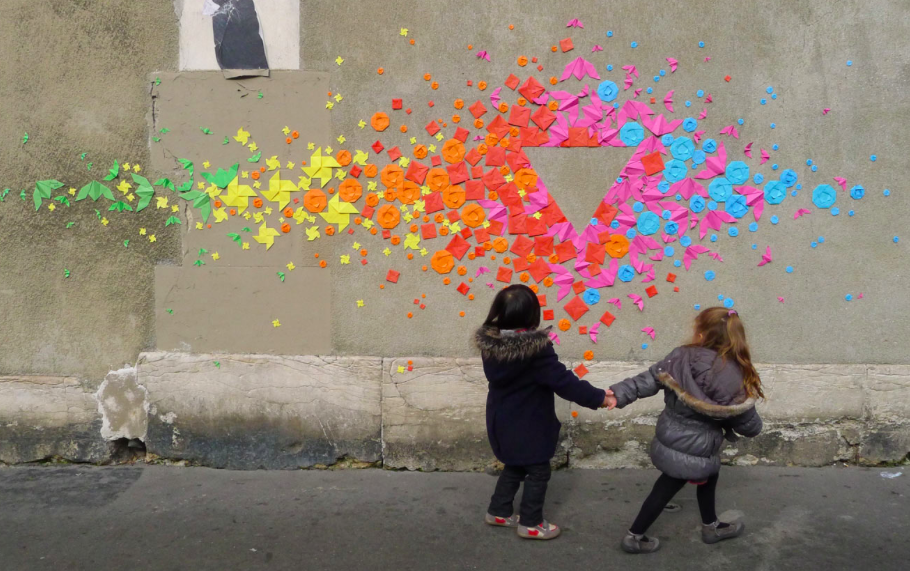 Busting out beyond small proportions, delicate materials and indoor settings, origami has a chance to bloom, bringing bold colors and unexpected patterns to urban surfaces around the world. Paris-based street artist Mademoiselle Maurice installs large-scale origami artworks on public walls, ceilings, crumbling stone castles and even beach rocks, everywhere from Singapore to San Francisco. While some of her creations are made on canvas or installed in galleries, others are made to be destroyed, as ephemeral as real flowers blossoming and then dying on a branch. 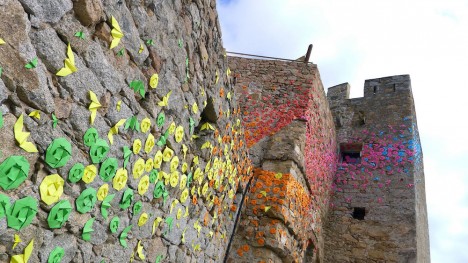 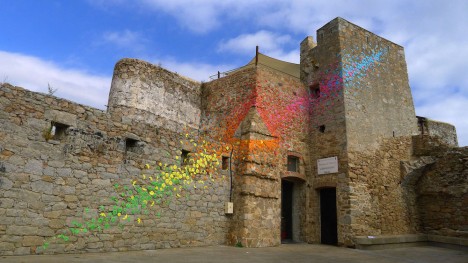 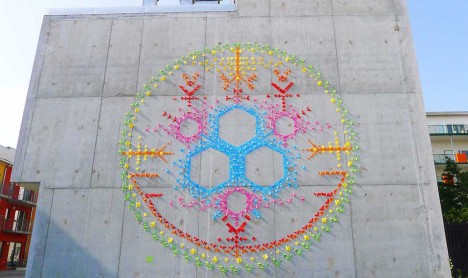 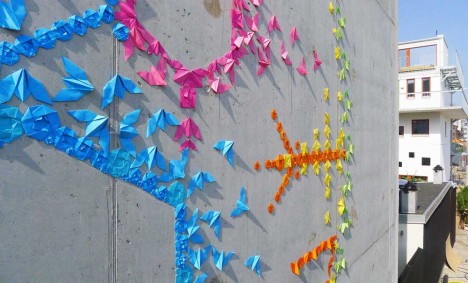 Maurice says she was first inspired to work with origami while living in Tokyo for a year. She was there when the devastating earthquake, tsunami and nuclear power plant explosion occurred in 2011, and wanted to make art reflecting how she felt about the tragedy. Her first project came from the legend of 1,000 origami cranes, an ancient tale promising that anyone who manages to fold that many tiny paper cranes will be granted a wish by the gods. 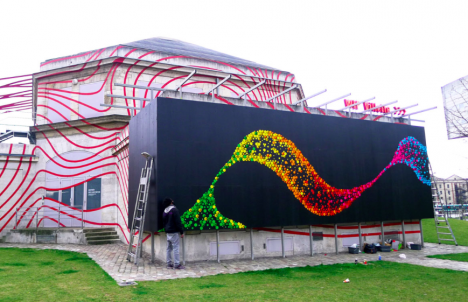 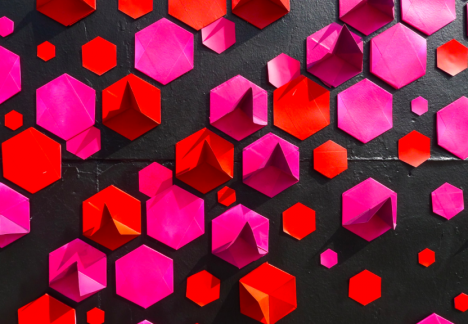 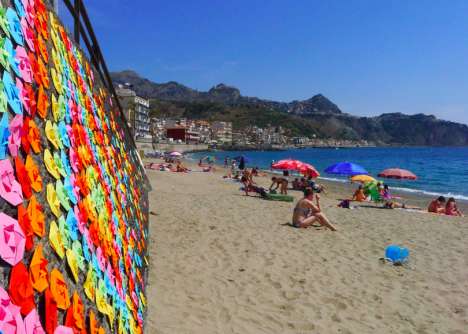 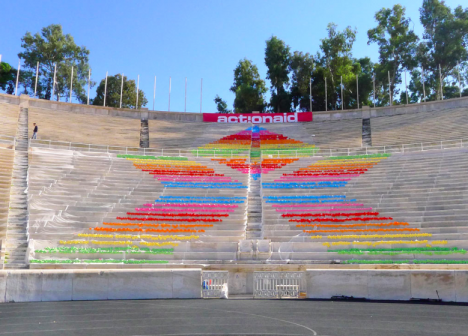 Growing up in the urban confines of Paris, which she found rather grey and monotonous, Maurice wanted to add more color to the world with works that “emanate a carousel of emotion.” In the past five years, the young artist has collaborated with heavyweights like Louis Vuitton, Google, Vice Magazine and Issey Miyaké, and her work has been installed in Italy, the Netherlands, Sweden, China, Vietnam, Australia, Mexico, the U.S. and many more countries. 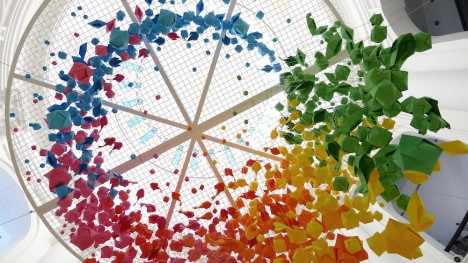 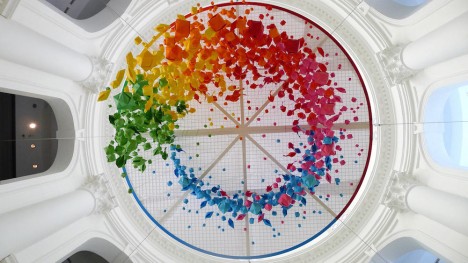 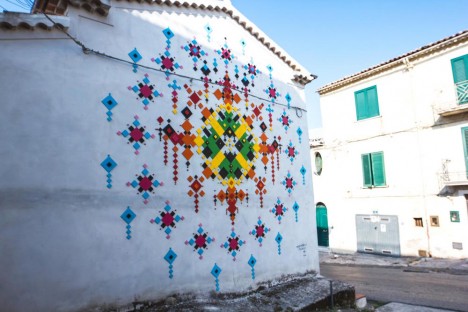 “This is my way to stay discrete and not to impose myself too much on the walls,” Maurice said of her choice to use paper outdoors. “But otherwise I love doing something telling me that it will not last, ‘dust thou shalt return to dust.’”