Seems everyone wants their own dedicated traffic lane these days… and it seems they’re getting them! Is white line fever taking over your neighborhood? 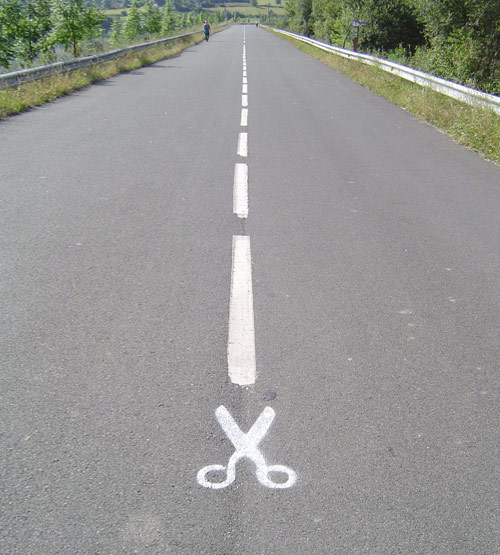 White Stripes would make a great band name… oh, wait. Anyway, there’s no point demanding urban authorities cut it out. Car and truck drivers had better get used to sharing the road all official-like, no matter that traffic is certain to suffer in the short term at least. Can’t we all get along, seeing as we’re all getting along in the same direction albeit in varied types of conveyances and at different speeds? 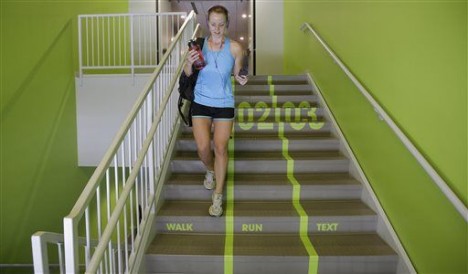 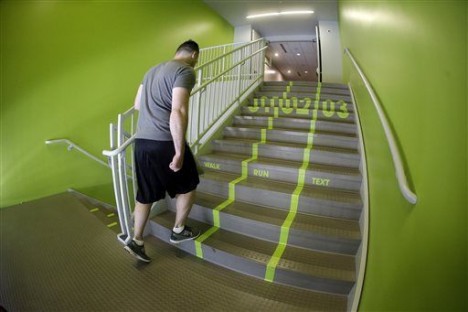 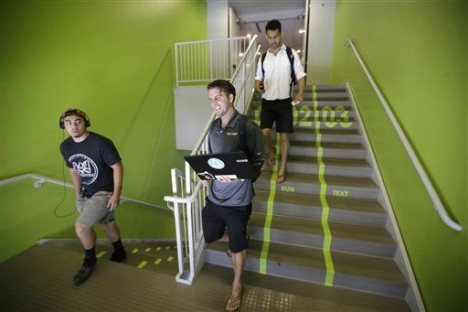 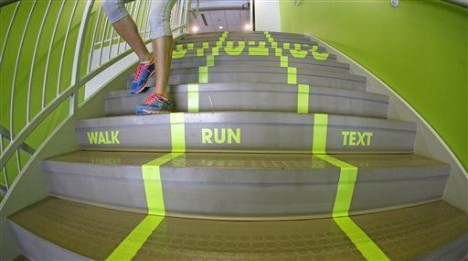 If jay-walking is a crime, shouldn’t text-walking be too? The question is being dealt with, and not always in a tongue-in-cheek manner – let’s call it “raising awareness” since that imparts a resistance to mockery in a “won’t someone think of the children?” kind of way. Only the top boffins at Utah Valley University in Orem, Utah know whether their segregated Walk/Run/Text lanes are serious or not… and what if someone’s walking or running WHILE texting? DOH! 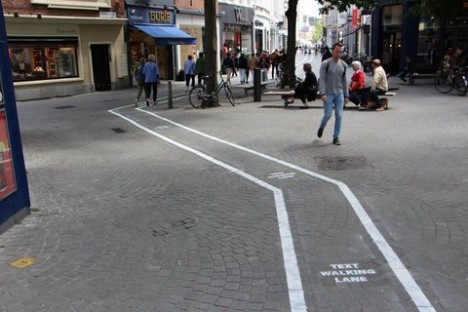 Then there’s the above “Text Walking Lane” somewhere in Belgium that looks official on first glance but last we heard, English isn’t one of Belgium’s official languages. 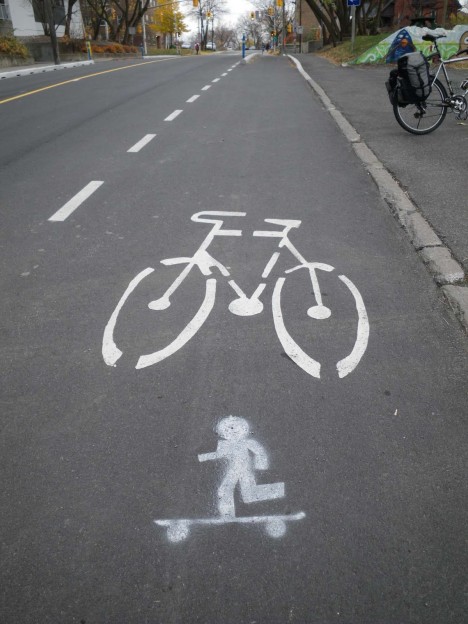 OK, so skateboarders are the red-haired children of non-vehicular traffic but don’t they deserve a little lane lovin’ too? No? Maybe you’d prefer they see you hatin’ as they rollin’ on the sidewalk, hmm? At least one ‘boarder has taken measures into his or her own hands, as seen above on a bike trail in Ottawa, Canada’s Centretown.