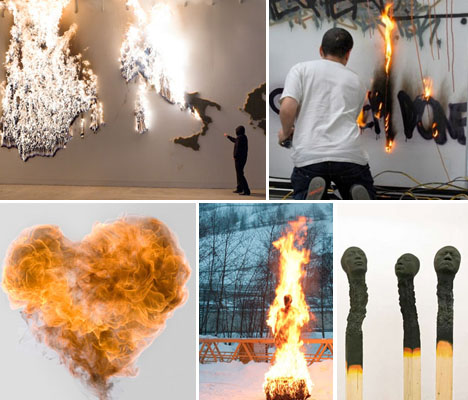 The most mesmerizing of all the elements, fire is an intriguing and rewarding medium for artists who shape it, use it to transform their creations or create spectacular flaming visuals. These 14 works of art include fleeting ‘fire sculptures,’ charred human figures, portraits drawn in soot and even graffiti set ablaze. 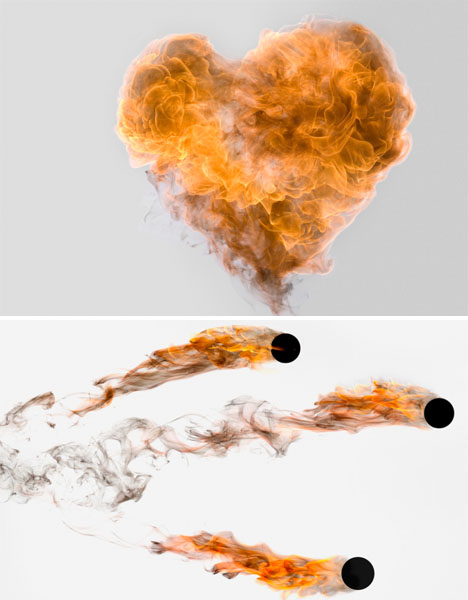 Artist Rob Prideaux is on a “quest to shape one of the more uncontrollable phenomena [fire] in nature.” Bursts of flames, sometimes in specific shapes, are captured on camera against a stark white background in the series ‘Smoke & Fire.’ 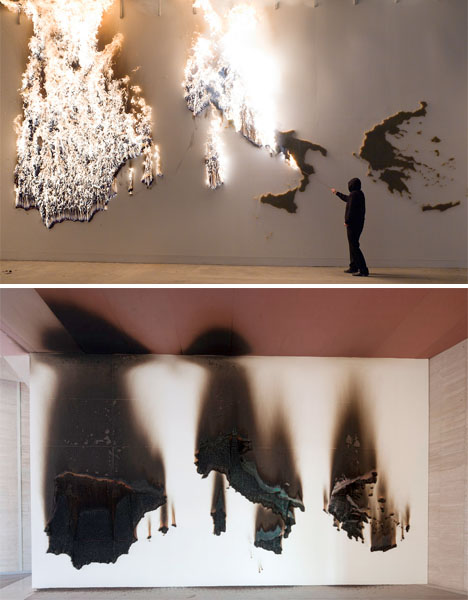 Paris-based art collective Claire Fontaine makes a striking statement about the global economy with ‘P.I.G.S.,’ which refers to the acronym created by the media for Portugal, Italy, Greece and Spain. A map of these nations made of matchsticks was set ablaze. The matchsticks allude to “the global socio-political instability that is the by-product of the recent financial downturn.’ 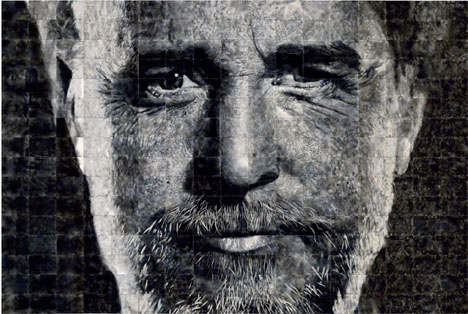 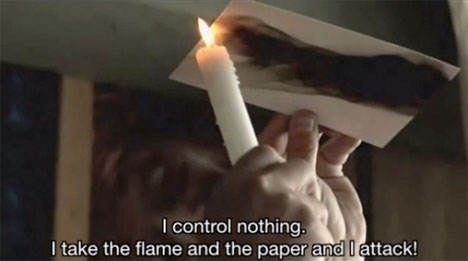 These incredible photorealistic portraits are created in a highly unusual way: with soot. Artist Steven Spazuk exposes small squares of canvas to fire using a candle, gentle etching out details of a wall-sized drawing in the black markings left behind.

Graffiti on Fire by Ellis Gallagher 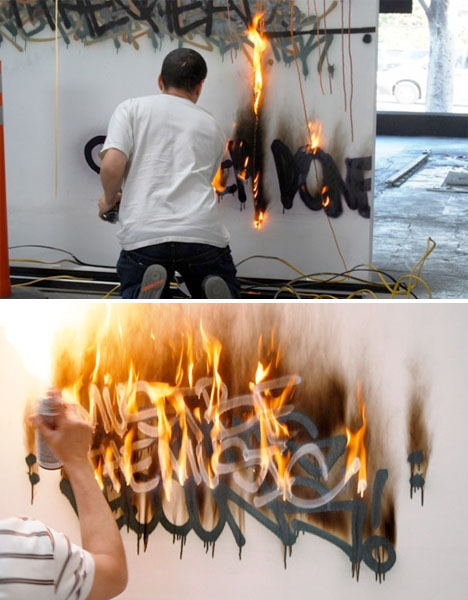 Not content to simply leave behind some paint on an urban surface, graffiti artist Ellis Gallagher sets his art on fire. The idea is to paint a tag and light it on fire quickly before it dries, taking advantage of the flammable nature of the paint.

Art with Water and Fire by Jeppe Hein 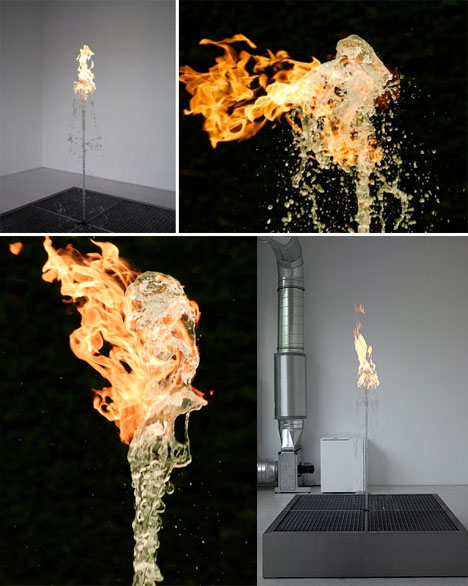 Fire and water come together in stunning sculptural installations by Danish artist Jeppe Hein. Two elements that are normally opposed form a beautiful juxtaposition in minimalist water fountains with flames burning at the top. Water dispersed with natural gas is pumped from a tank up to the top of the fountain, where the gas ignites.