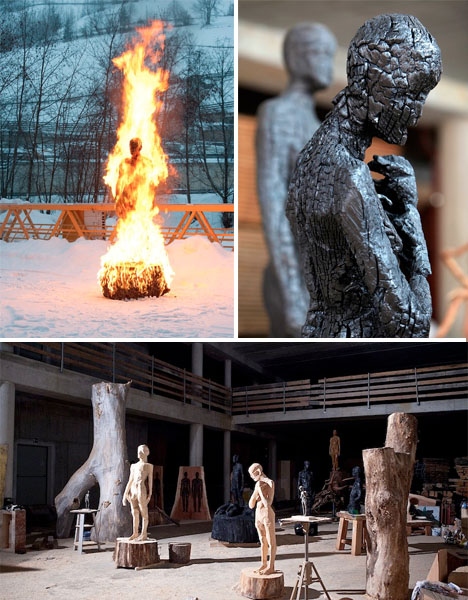 A fire can sometimes make objects more fascinating and emotionally resonant than they were before they burned. Take Aron Demetz’s intriguing sculptures, which start out as human figures, houses and other shapes on wooden pedestals. Once they’re burned, the detail disappears, with limbs breaking off and faces frozen with gaping mouths. 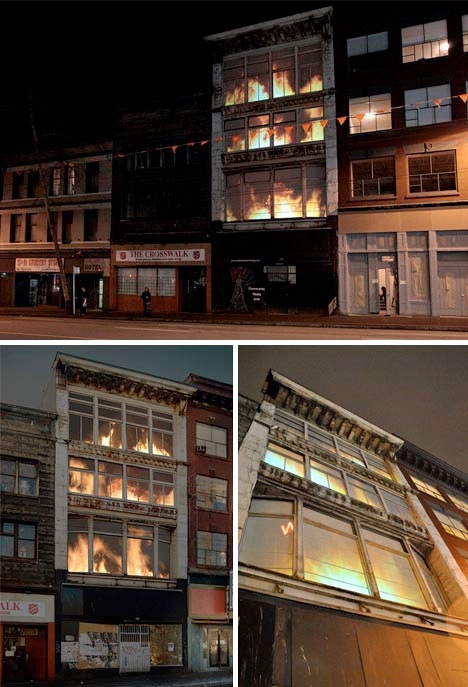 Passersby could be forgiven for panicking and calling the fire department once they noticed this installation in downtown Vancouver by Isabelle Hayeur. As convincing as it looks, this old townhouse building wasn’t actually ablaze. Faux flames seemed to tear through the interior, calling attention to derelict structures and their fate.

Another Burning Man sculpture, the Serpent Mother, is an astonishing 150-feet-long with 40 spinal fire spouts that can shoot 20-foot-high flames into the air. As participants push on the ribs, the fire erupts and the snake’s head moves menacingly. The sculpture was created by a female-driven group of artists known as the Flaming Lotus Girls. 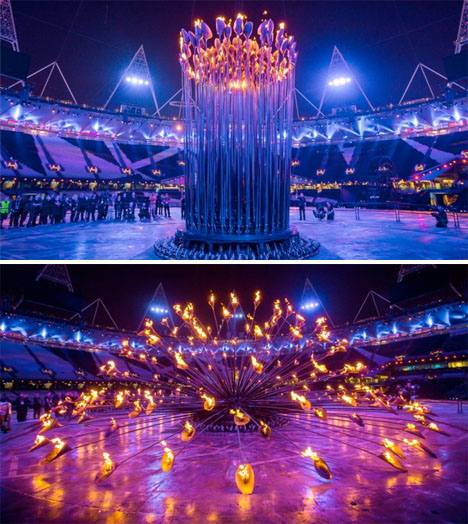 The London 2012 Olympic Cauldron by Thomas Heatherwick consisted of 204 copper petals, each representing one of the competing nations, which were set ablaze one by one and slid into a series of pipes on a central base. Once all were lit, the pipes raised the torches vertically, making them into a single flame. 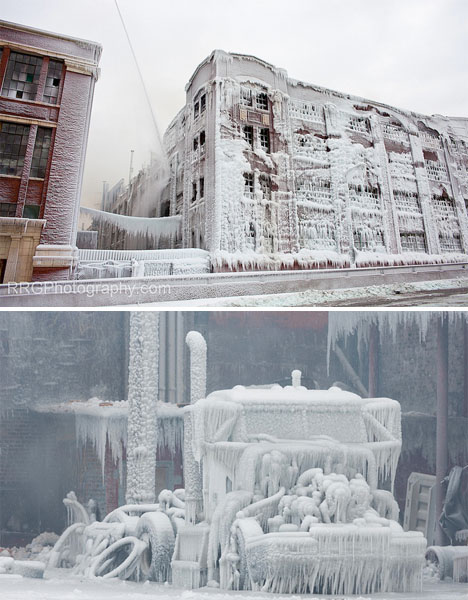 The most amazing thing about this accidental work of ice art is that it’s the result of a fire. So it may not be fire art, per se, but it’s pretty incredible to look at. A factory in Chicago looked like one big ice sculpture after firefighters were forced to douse flames while the temperatures were in the single digits. Water sprayed on the buildings and other nearby surfaces froze almost instantly.