A massive landscape intervention near Sapporo, Japan by architect Tadao Ando both conceals and reveals a 40-foot statue of the Buddha in the midst of a rural cemetery. 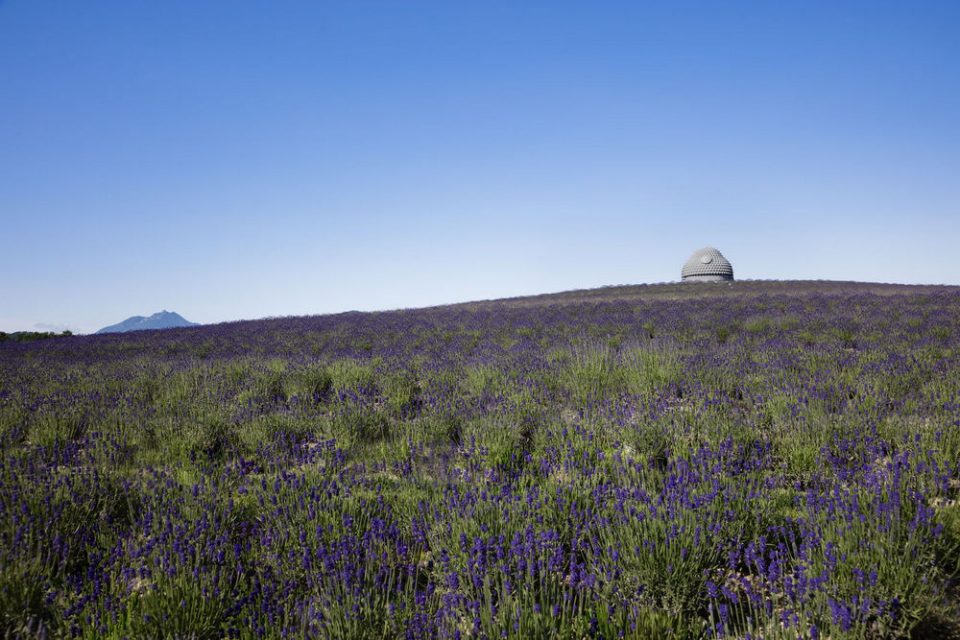 The designer was tasked with highlighting the scale of the figure — rather than setting it against something smaller, though, he surrounded the sculpture with a gently sloped and plant-populated hillside. 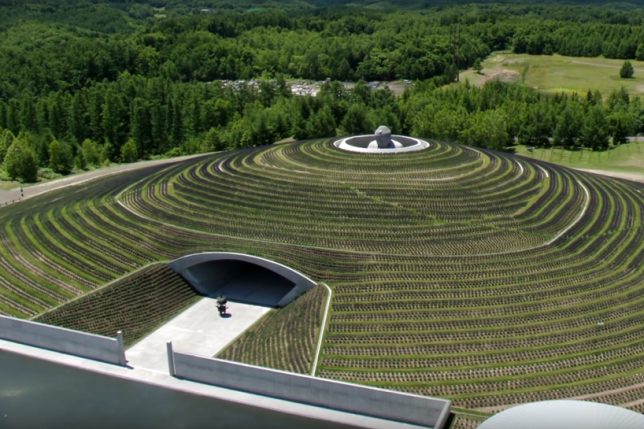 Thus enclosed, only the head is visible from the outside. Visitors have to make their way through a 120-foot tunnel to get the full effect, looking up at the statue from below. An arched concrete rotunda is revealed, and natural light casts down through a void above. 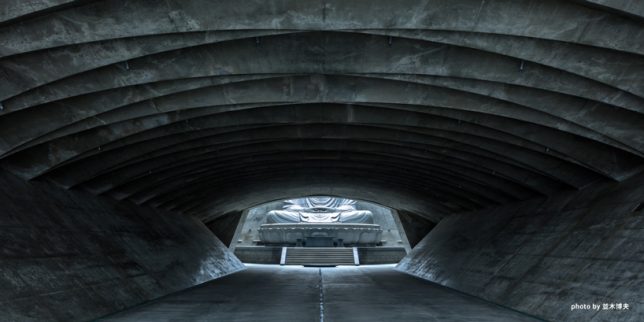 The design intention was to create a vivid spatial sequence,” says Ando, “beginning with the long approach through the tunnel in order to heighten anticipation of the statue, which is invisible from the outside.” Then, “when the hall is reached, visitors look up at the buddha, whose head is encircled by a halo of sky at the end of the tunnel.” 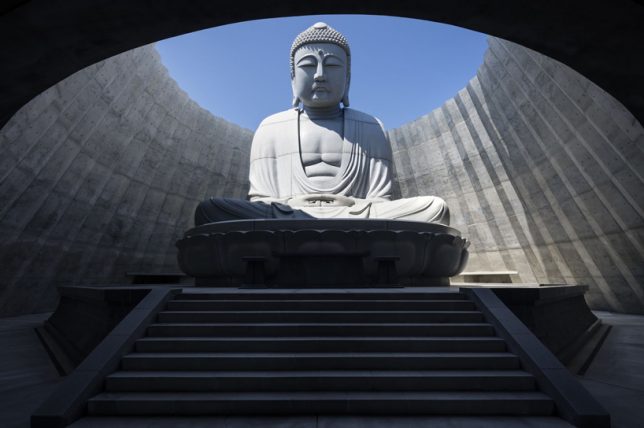 The greenery draped along the new landscape is designed to change with the seasons, blooming in spring and summer, thinning out in the fall then covered with snow in the winter. Visitors coming at different times of year will thus also experience the sculpture in different ways each time. 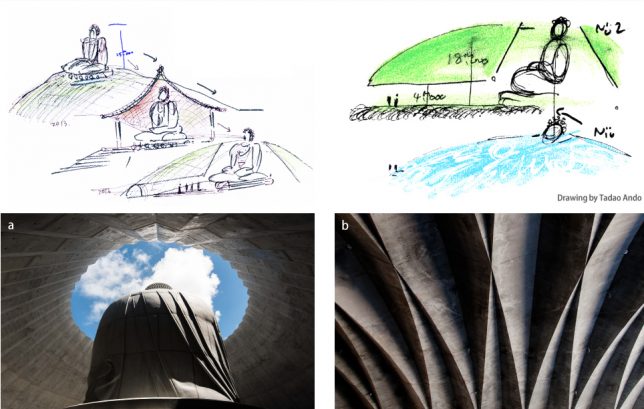