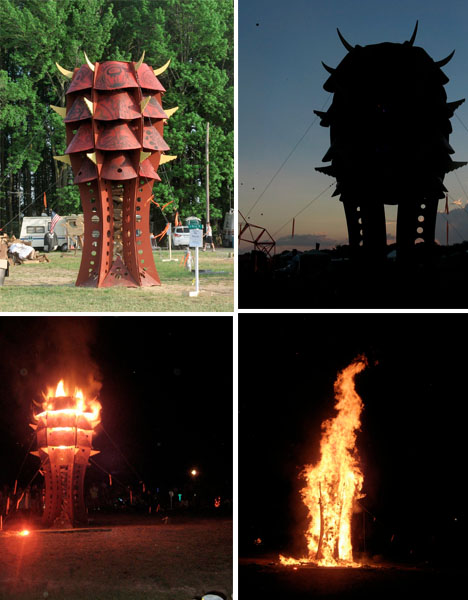 The annual Burning Man event might just be the richest source of amazing works of fire art that are part sculpture, part performance. Artist Quentin Davis created this giant plywood lantern only to see it set ablaze in thirty-foot flames. 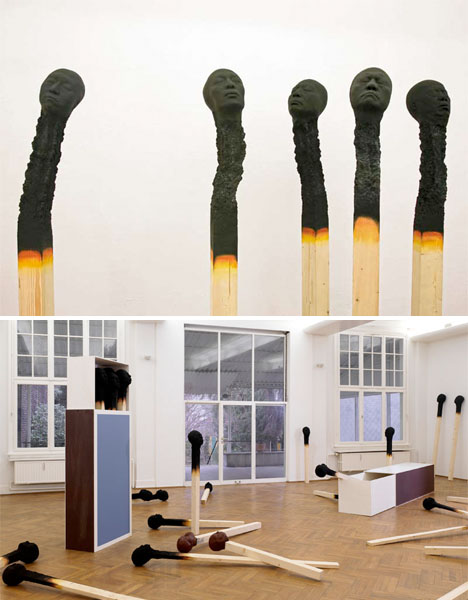 Life-sized heads carved into the charred heads of giant matchsticks create a striking display in an exhibition called ‘Burnout’ by Wolfgang Stiller. Some of the sculptures were placed in ‘matchbox coffins.’ 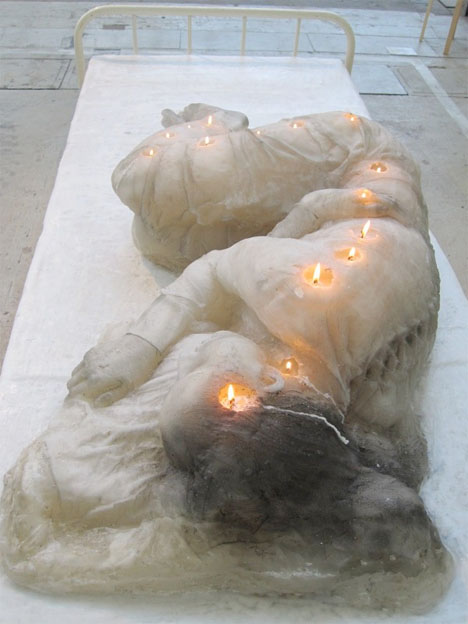 A wax woman slowly melting away as flames eat into her body makes for a mesmerizing sight in this installation by A.F. Vandervorst. 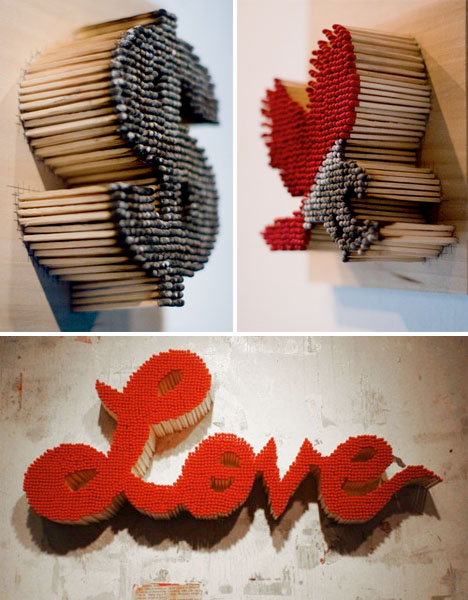 Matches mounted to a wooden backing spell out letters and create shapes in these works by Pei-San Ng. Says the artist, “I am intrigued and mesmerized by the in-between state and by the fragility of the burned matches. The in-between is where the excitement happens, the point where the red head turn to white before turning to ash, it’s the tipping point.”