The infamous Ryugyong Hotel in Pyongyang may have stolen the spotlight but North Korea can boast many other examples of unusual cutting-edge architecture. 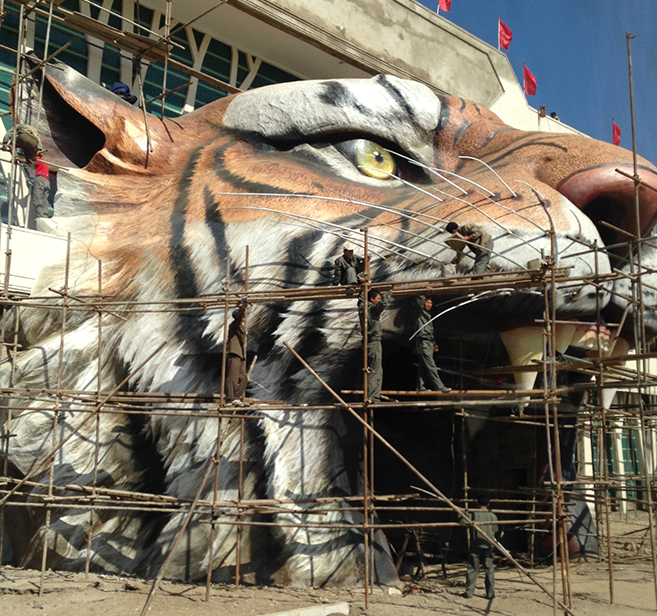 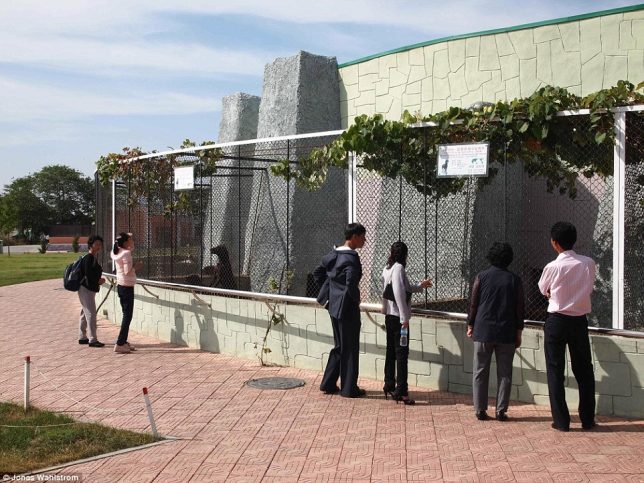 The Korea Central Zoo (also known as the Pyongyang Central Zoo) was founded in 1959 but recently underwent an extensive makeover, re-opening in July of 2016. The zoo was and continues to be criticized for exhibits that include a chain-smoking chimpanzee and various breeds of dogs. Canines are forbidden to be kept as pets in the capital city, ostensibly for hygienic reasons. 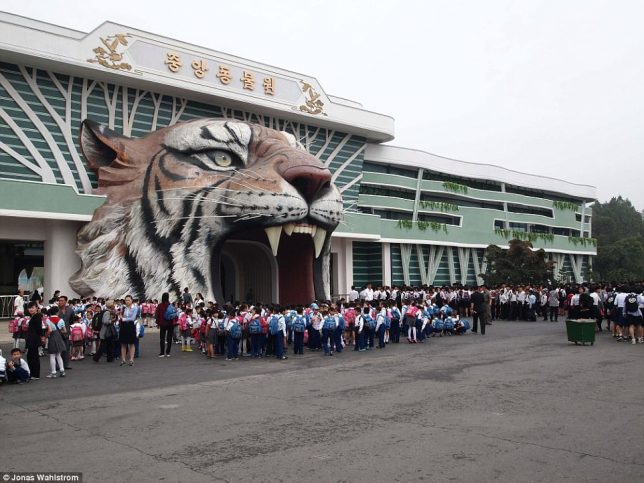 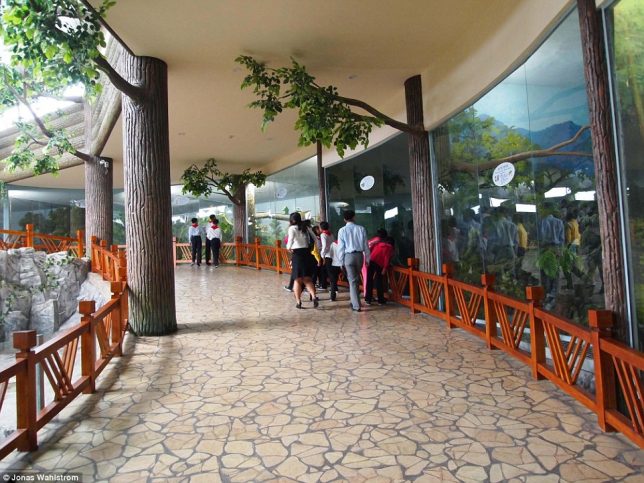 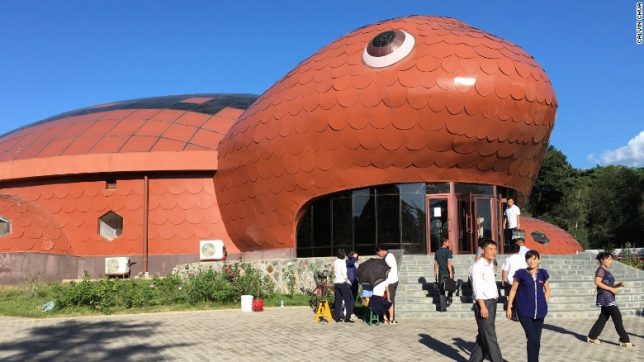 We’re here to discuss architecture, however, and when it comes to the Central Zoo the highlight has to be the huge tiger-head entrance archway. Rather impressive, unless you’re an easily frightened child (or adult). At least the scaredy-cats can find some solace at the turtle-shaped Reptile Enclosure. 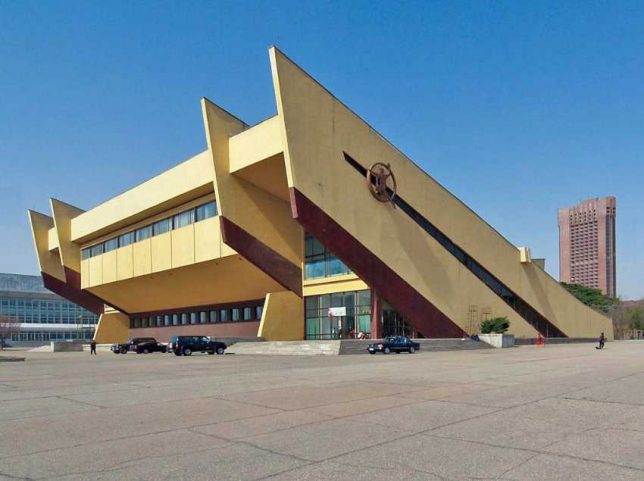 Handball is kind of a big deal in North Korea and the North Korea women’s national handball team has competed at the Asian Women’s Handball Championship no less than six times since 1991 – though they’ve never finished higher than third. The team practices at the strikingly angular and not at all ball-shaped Handball Hall located on Chongchun Street in Pyongyang’s “city of sports” district. 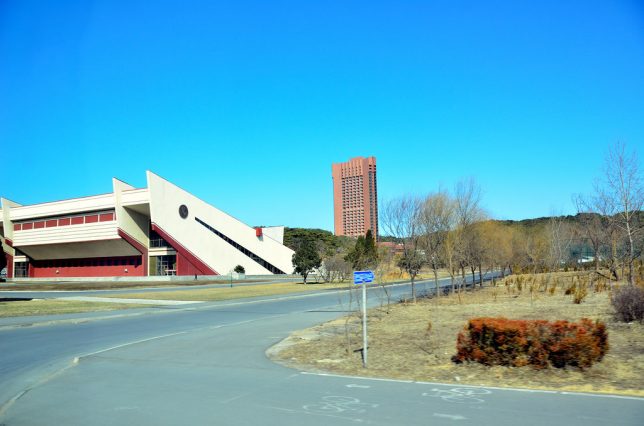 We don’t have a date for the first photo but the image just above snapped by Flickr user Aaron Geddes (Gedsman) in March of 2016 displays some subtle differences. 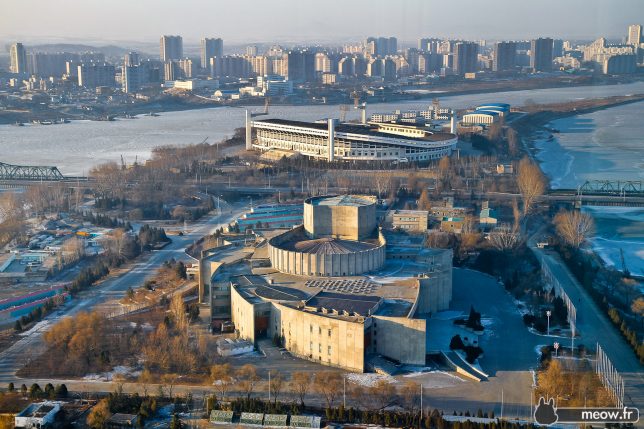 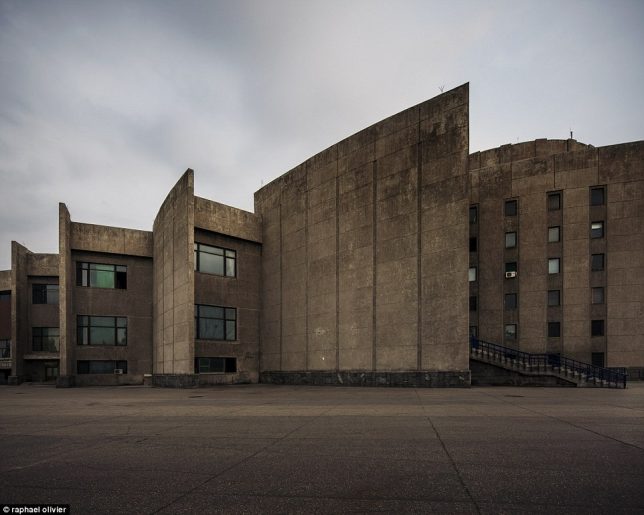 The International Cinema Hall isn’t in use very often as its main raison d’etre is hosting the Pyongyang International Film Festival every other year since 1987. 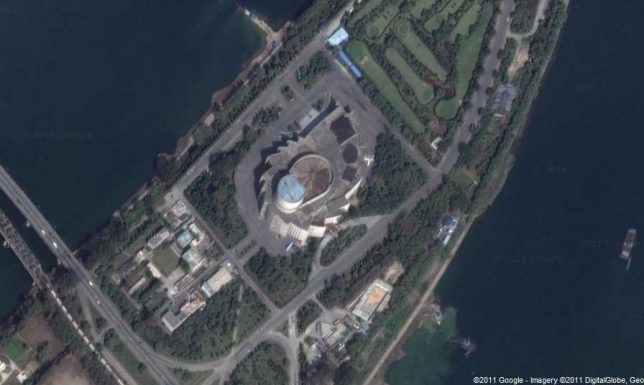 The sprocket-shaped building sits cheek-by-jowl to a golf course (you read that correctly) on the island of Yanggakdo, located in the Taedong River running through downtown Pyongyang.