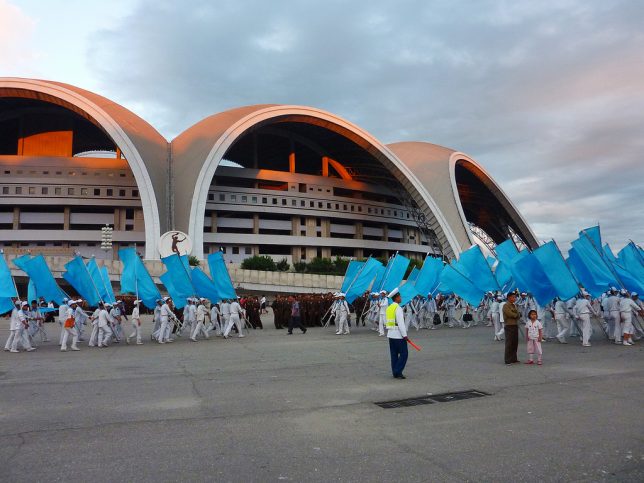 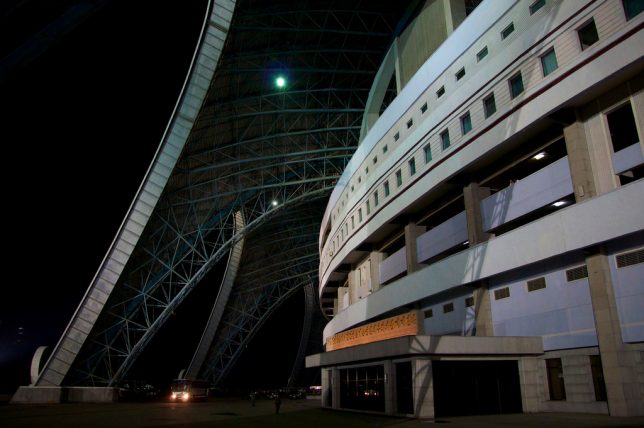 The Rungrado 1st of May Stadium in Pyongyang is the largest stadium in the world by seating capacity; surpassing runner-up Michigan Stadium (“The Big House”) 114,000 to 107,601. 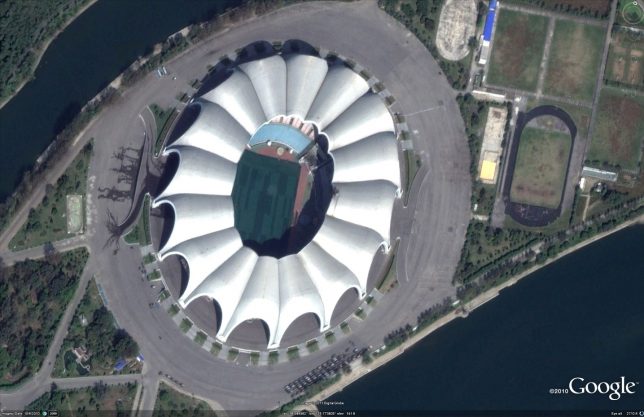 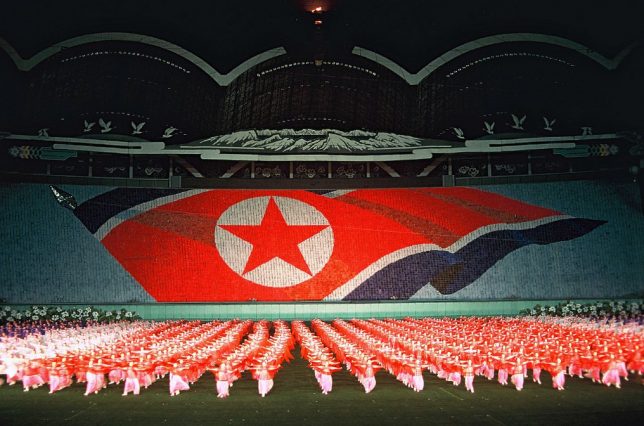 The stadium hosts the occasional soccer match or other athletic event but its chief purpose is being the site of North Korea’s annual Airang Festival, aka the Mass Games famed for their huge human megapixel card compositions. The stadium opened in 1989 – on May Day, of course – and was renovated in late 2013. 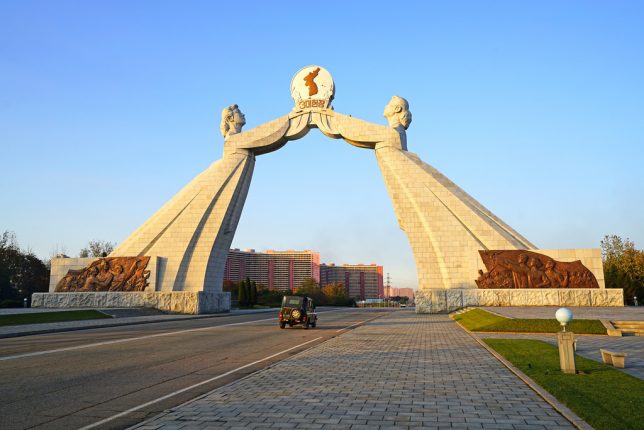 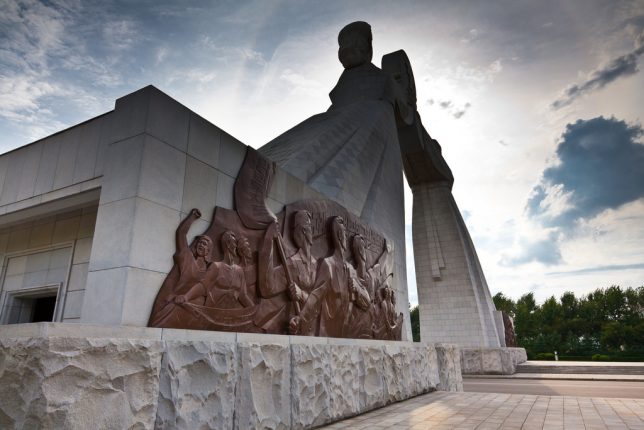 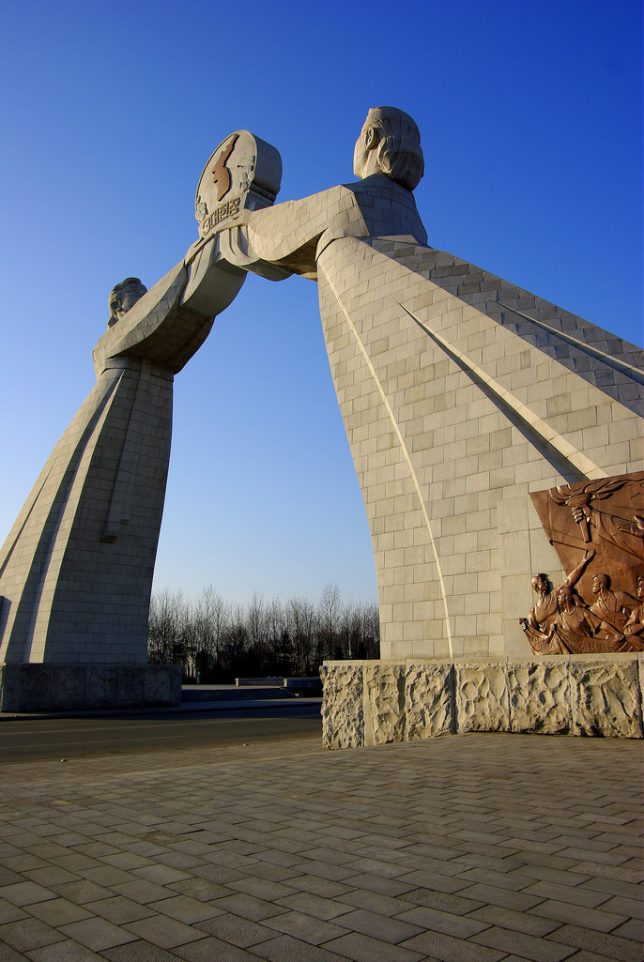 Careful what you wish for, North Koreans. The Arch of Reunification is a monument celebrating the long-hoped-for reunification of North and South Korea – under Pyongyang’s leadership, naturally. The granite arch opened in August of 2001 and bears an incidental resemblance to the Swords of Qadisiyyah arches in central Baghdad, Iraq, commissioned by Saddam Hussein in the late 1980s. The 61.5m (202 ft) wide and 30m (98 ft) tall arch is located on the Reunification Highway leading from Pyongyang to the DMZ. 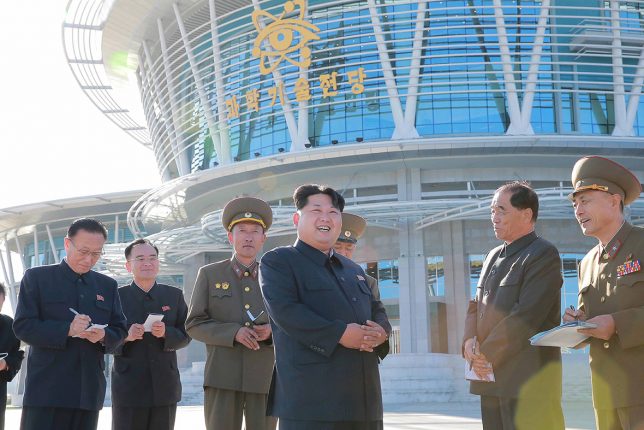 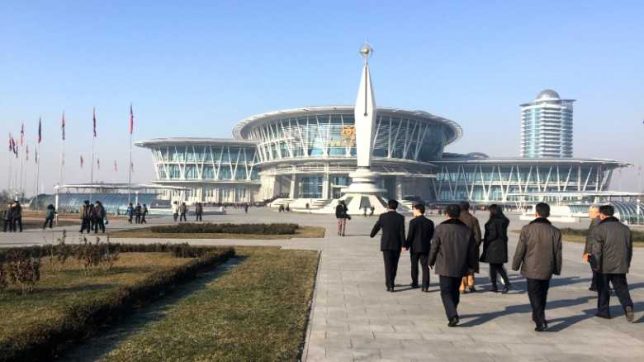 Opened with much fanfare by DPRK supreme leader Kim Jong-Un on January 1st of 2016, the Science and Technology Center in Pyongyang resembles an atom when viewed from above – hardly a coincidence. 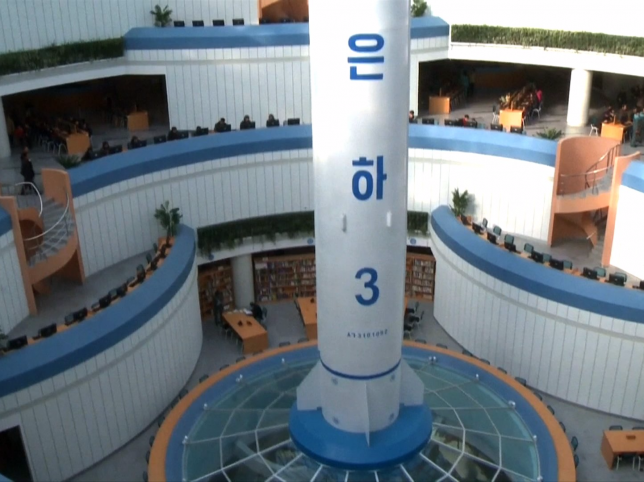 Reinforcing the complex’s emphasis on science and technology in the service of the state, the central “nucleus” dome covers a replica of the rocket that launched North Korea’s first satellite into space in 2012. 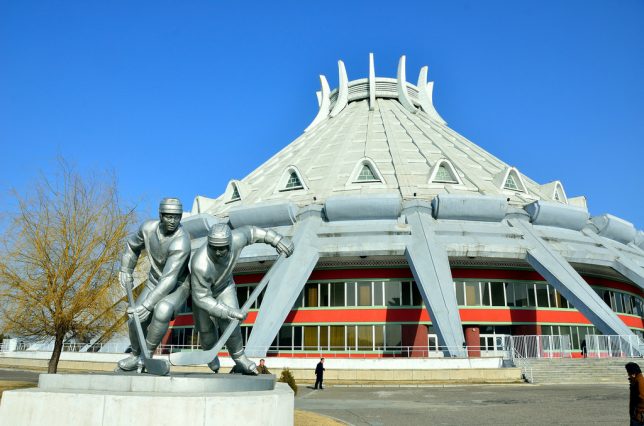 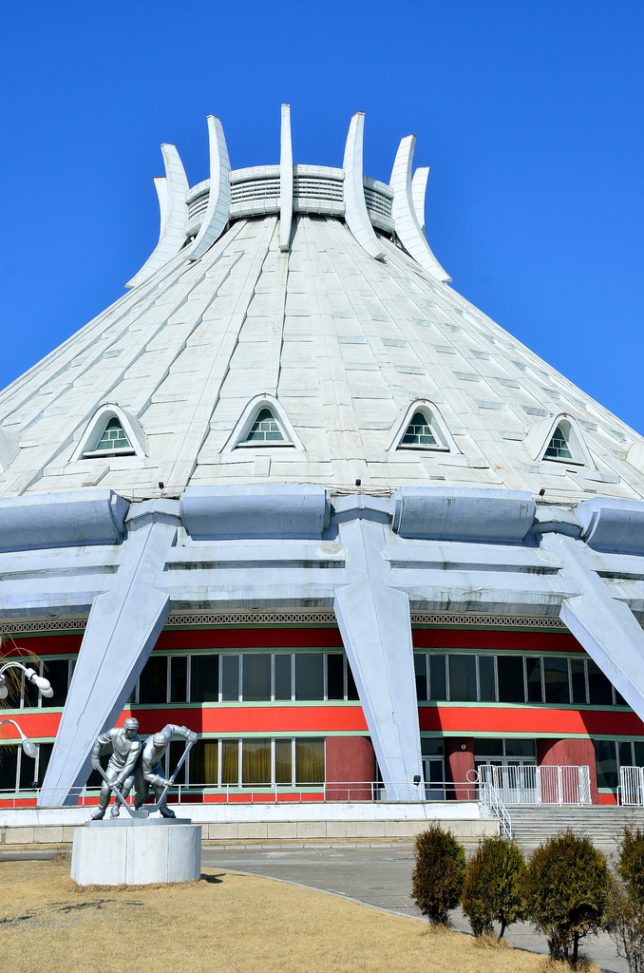 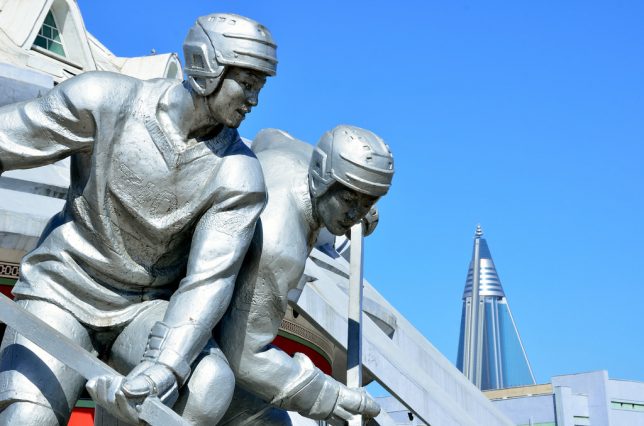 The arena hosts the Paektusan Prize International Figure Skating Festival every February and is occasionally modified to host non-ice sporting events such as basketball, volleyball and table tennis. Flickr user Aaron Geddes (Gedsman) snapped the building and its metallic (or metal-painted concrete) hockey player statues in March of 2016.