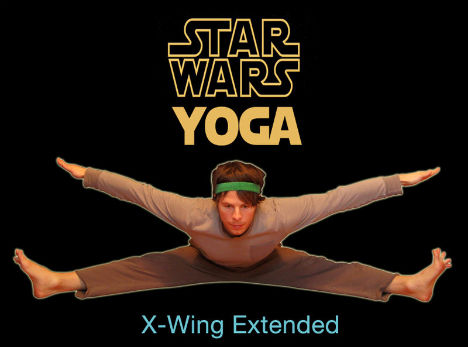 After over 30 years, perhaps the Star Wars empire has already tapped out opportunities for profit among all but the newest generations of wannabe Jedis and Sith Lords – but probably not. Created by writer Matthew Latkiewicz, Star Wars Yoga might just be a masterpiece in the making. After all, who can resist Yoda doing yoga?

On “You Will Not Believe This Blog”, Latkiewicz features images of himself in various Star Wars-inspired poses along with a series of faux memos between Star Wars creator George Lucas and LucasFilm Marketing VP Steve Jones. 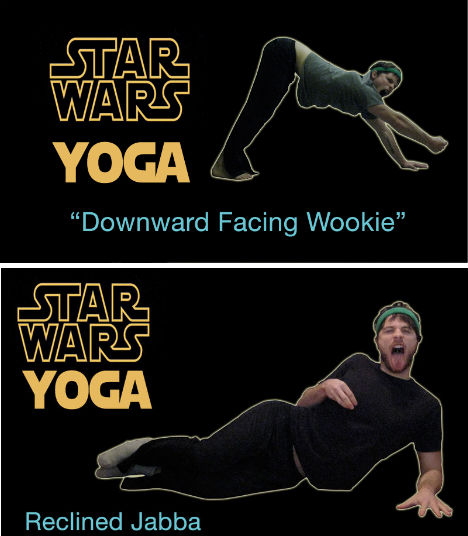 “It has come to our attention here at LucasFilm that the Star Wars Brand has recently suffered in popularity.  Forgetting for a moment the bizarre animated film recently released, Star Wars merchandise sales have hit an all time low.   It is time for a dramatic rethinking of not only the SW brand itself, but also it’s target audience.   For too long we have tried to sell action figures and lunch boxes to overweight “geeks” and “nerds”.   This market has and will continue to be loyal, but we believe they are also saturated.” 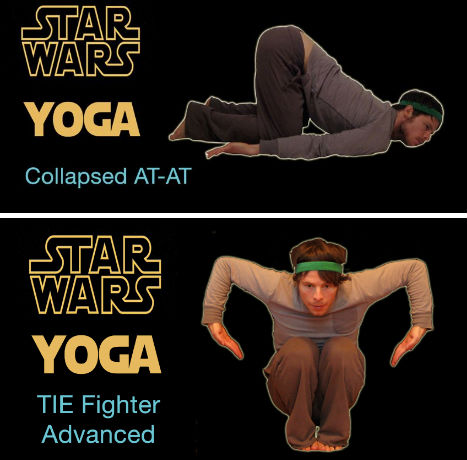 “We propose a new marketing strategy and target: the 30-something, health conscious consumer who probably owns an Apple laptop and is trying to live “green”.   In this effort, we would like to initiate a line of Star Wars Branded Yoga.   Attached you will find a design and concept study.”

While a few of the poses do resemble actual yoga positions and even feature some impressive stretching and balance, ‘Reclined Jabba’ is unlikely to creep its way into mainstream yoga practice any time soon. 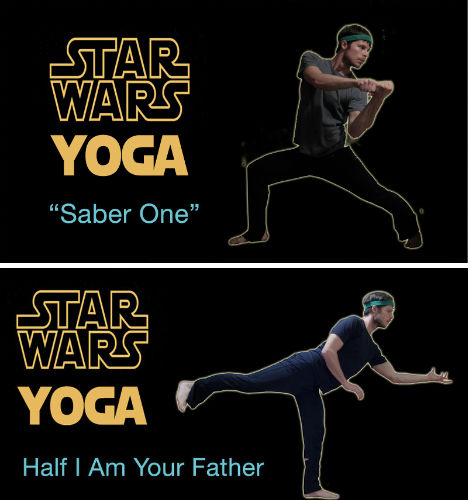 But Latkiewicz isn’t the only yoga devotee to pull Star Wars references into this typically too-serious-for-pop-culture workout. Yoga Today features a video of instructor Neesha Zollinger decked out in Princess Leia hair talking about the “unifying force” and asking participants to breathe like Darth Vader.