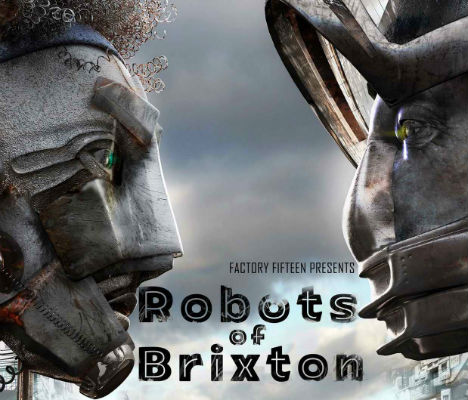 Humans have created a vast population of robotic workers to take on the tasks that they no longer want to carry out themselves, resulting in a disenchanted robot underclass that that takes over the Brixton area of South London. This is the premise of an incredible short film called ‘Robots of Brixton’ by Factory Fifteen, a collective of six animators based in London. 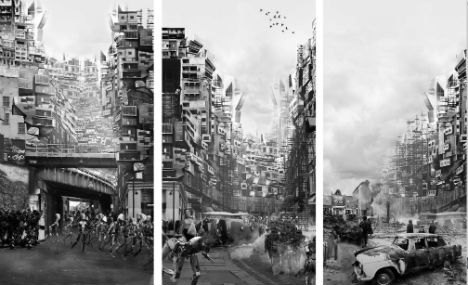 Each of the six members of Factory Fifteen created their own short film for the premiere of their animation company in 2011, and ‘Robots of Brixton’ is the work of Brixton-born-and-bred Kibwe Tavares. The film, which is magnificently detailed and filled with towering fantasy architecture, echoes the real-life riots that took place in the neighborhood in 1981. 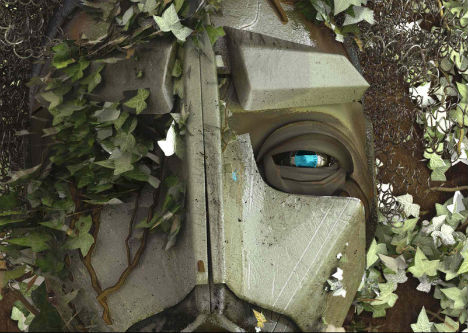 All six members of Factory Fifteen graduated from the Bartlett School of Architecture, and that education shows in Tavares’ layered, chaotic tapestry of parasitic buildings that have multiplied over the city’s existing architecture. 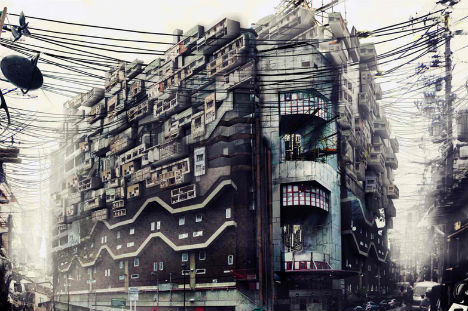 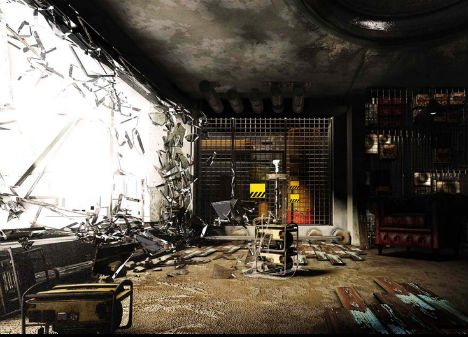 Envisioning an urban future in which hopeful expectations of dazzling technology have been replaced with the harsh realities of war, discontent and decay, Robots of Brixton focuses on the lives of two robot protagonists. 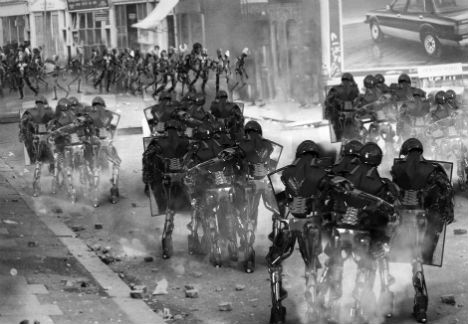 “When people imagine cities in the future, they think of flying cars and brand new everything,” Tavares tells Glass Magazine. “But if you look around London, old is meshed with new and buildings which are hundreds of years old sit alongside buildings which are 50 years old, which sit alongside contemporary stuff. In fifty years time, most of the fabric of Brixton will remain the same, which is why I concentrated on additions”.