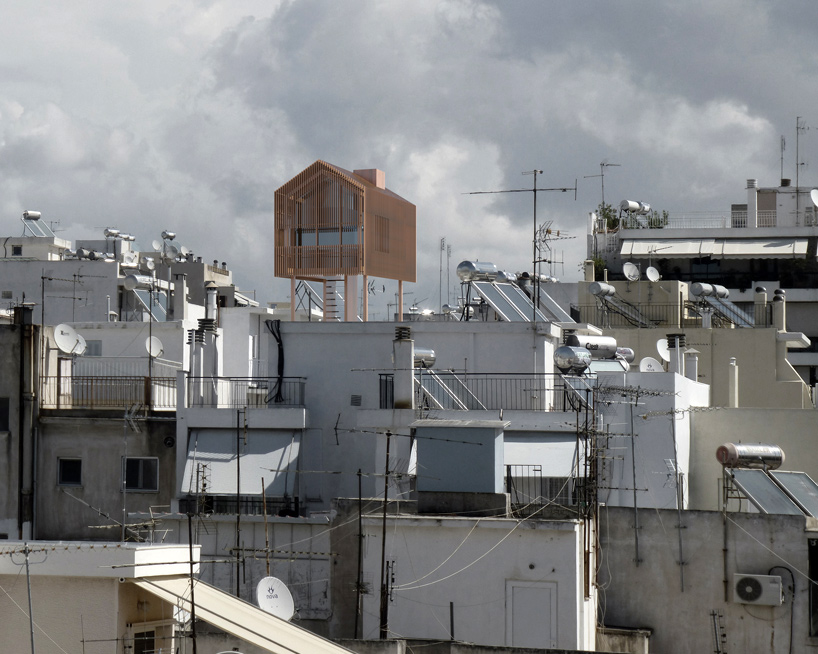 Far from its typical location in the woods and other remote places, an archetypal cabin looms over the bustling city of Athens from its rooftop perch two meters above the top of most high-rises. Proposed by Panos Dragonas and Varvara Christopoulo, the elevated urban hut brings a structure with a rural connotation representing quiet and solitude into an environment that’s nearly the exact opposite. 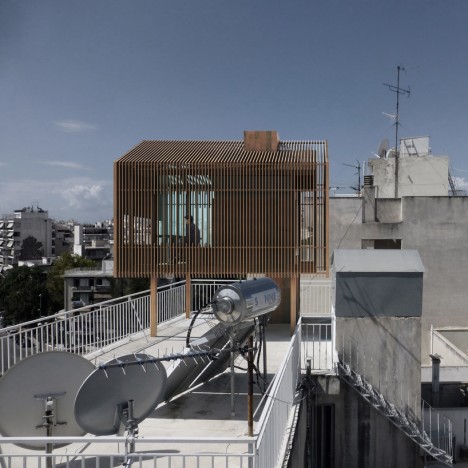 Instead of hills and trees, the hut looks out onto a landscape of man-made design. But the designers posit that these urban spaces, busy as they may be, can still provide a space for meditation and peace – as long as you go to extremes. 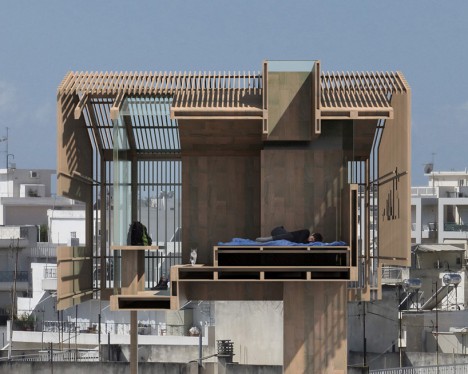 Urbanization has made isolated spaces hard to come by, so the dream of escaping to a cabin in the woods is not as achievable or even idyllic as it once was. This project emphasizes how much the world has changed as our cities have grown, replacing nature with streets, skyscrapers and antennas. 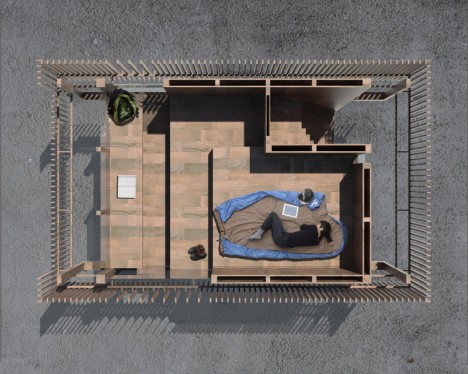 The hut is a mere nine square meters (96 square feet) and lacks any modern amenities, offering only a few platforms for sleeping and sitting, much like a camping shelter in the wilderness. 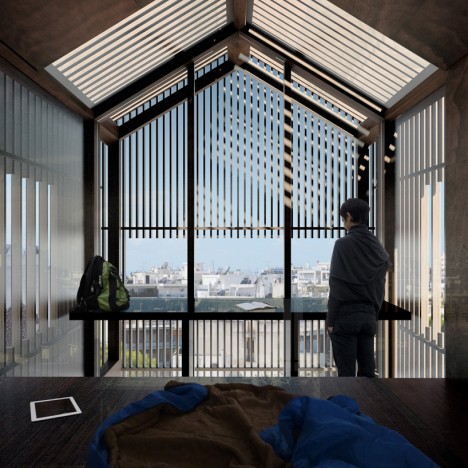 “The urban hut creates a voluntary isolation cell over the ruins of the new Great Depression. The hut returns to the city both as a primary form and as a standard of minimum living, and establishes a heterotopia in the stepped skyline of Athens.,” say the architects.