In cities where greenery can be scarce, these art installations call attention to everything from wall-climbing ivy to weeds growing out of sidewalk cracks, turning bushes into luscious manes or tree hollows into canvases for oil paintings. Moss graffiti enlivens urban surfaces without damaging them, grass carpets unfurl across stone streets and mini greenhouses protect even the most modest of plants. 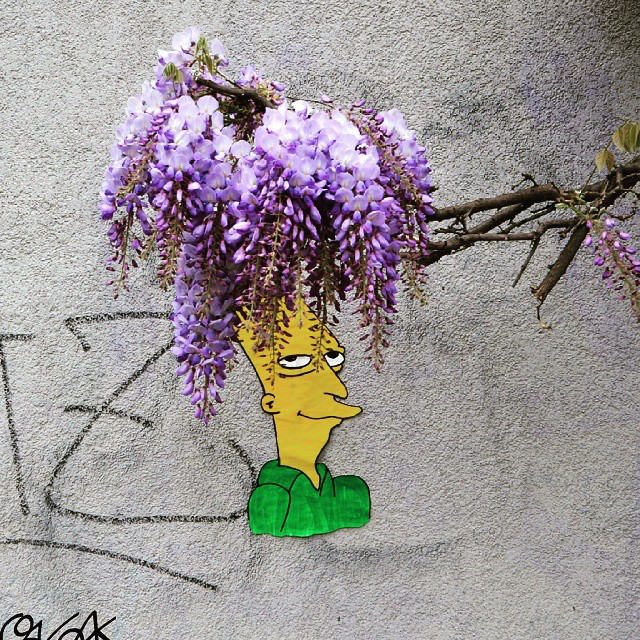 When French street artist OakOak saw these flowing purple flowers in his hometown of Saint-Etienne, he instantly pictured it as the untamable hair of Simpsons character Sideshow Bob. Careful placement of a paste-up on the wall just beyond the flowers creates a 3D street art effect. 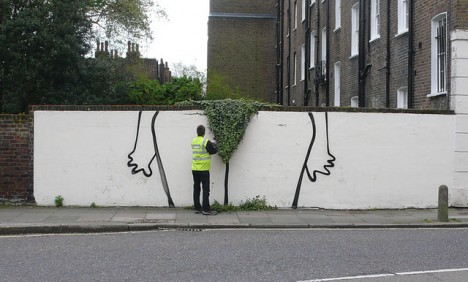 Ivy draped over the edge of a wall in England gets a ‘bikini wax’ from a worker in this interactive piece by famed street artist Banksy, captured by photographer Duncan Hull.

Where the Red Fern Flows by Aakash Nihalani 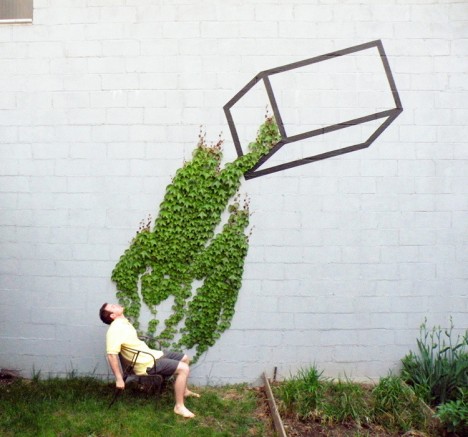 Aakash Nihalani is known for perspective-shifting geometric street art , typically made of cardboard and neon tape. The graphics are placed around New York “to highlight the unexpected contours and elegant geometry of the city.” This piece, entitled ‘Where the Red Fern Flows,’ enhances some wall-clinging ivy in Brooklyn. 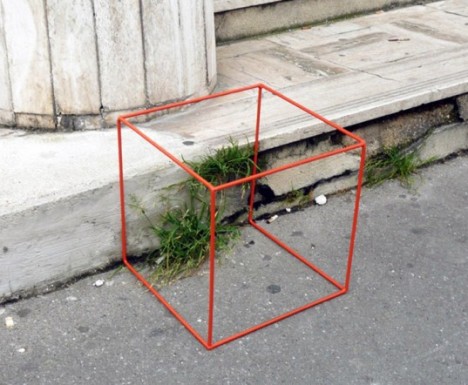 Scraggly weeds poking out of sidewalk cracks may not be much to look at, but sometimes their very existence in a concrete urban environment can seem miraculous. A group of art students in France developed simple ‘urban greenhouses’ that highlight the plants and protect them from being stepped on. 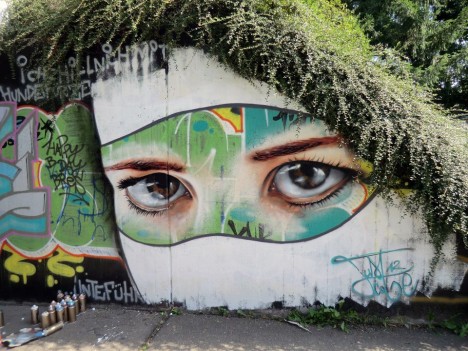 Hyper-realistic eyes make this illusion even more effective as German artist JustCobe puts a curving wall edged with greenery to use in the city of Freiburg. 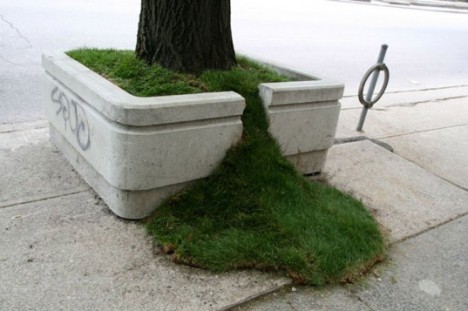 Grass pours out of a cracked concrete planter in Toronto as part of the ‘Outside the Planter’ project, calling attention to the neglected state of these containers around the city and engaging with passersby in a playful way. Dozens of artists participated; this one is by Sean Martindale. 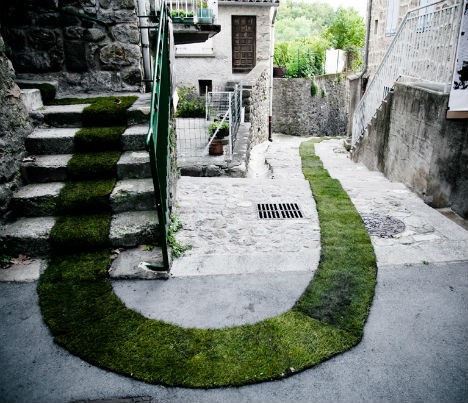 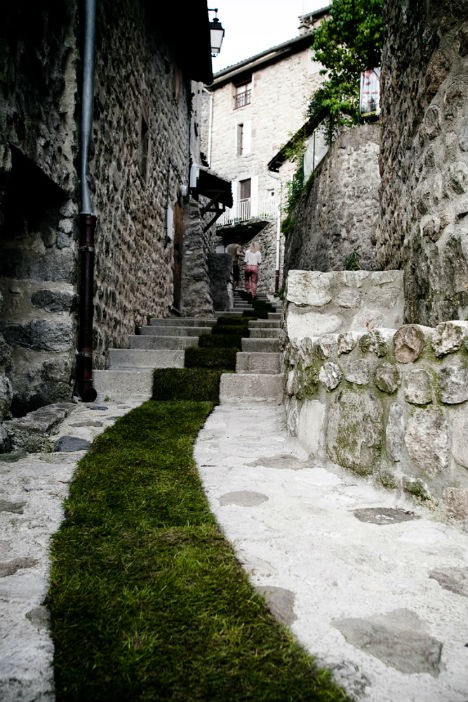 A green carpet weaves through the stone streets of the picturesque French city of Jaujac, traveling up and down stairs, meandering over bridges and traversing a park. Public artists Gaëlle Villedary used 3.5 tons of living turf for the 1400-foot installation, connecting the heart of the village and its inhabitants with the nearby valley.