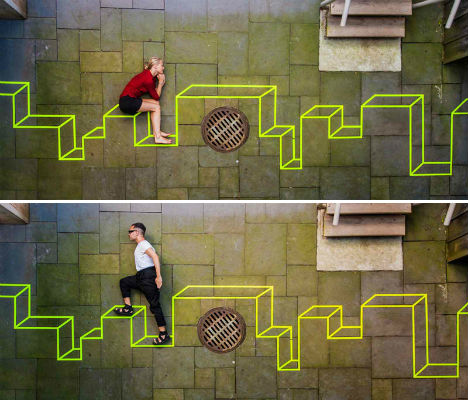 Neon geometric shapes hurtle through buildings and appear to float in midair in tape art installations by Brooklyn-based artist Aakash Nihalani. The artist spent the summer in residency at the Willem de Kooning estate in East Hampton, New York, superimposing his signature fluorescent shapes against the soft backdrop of the woods and rustic structures as well as more urban environments. 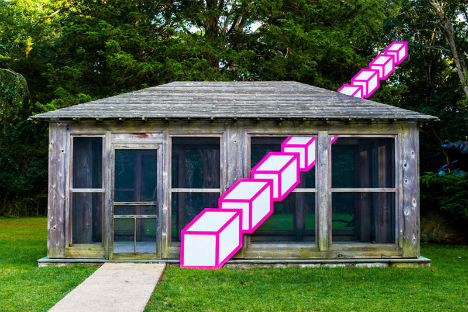 The bright designs, made of tape, pop out from their surroundings like cartoons, creating what seems like three dimensions on flat surfaces. The resulting visuals can be disorienting, skewing the viewer’s sense of perspective. 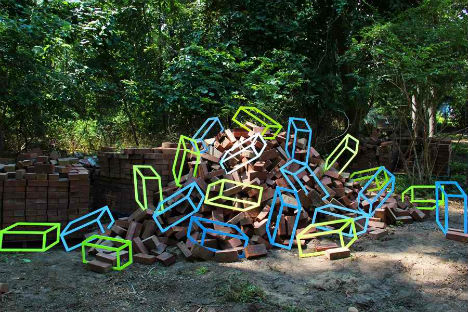 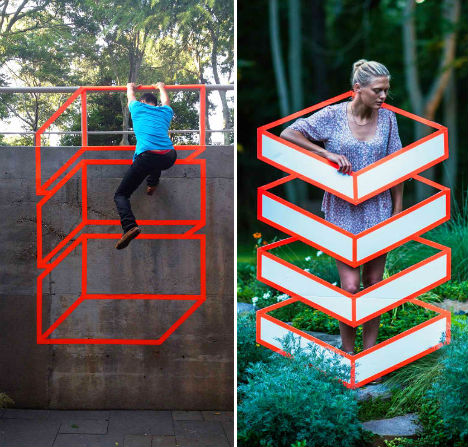 The tape is typically applied to a cardboard backing ahead of time so the installations can be quickly put in place and then easily removed, doing no damage to surfaces. Sometimes Nihalani gets just enough time to photograph his installations and then take them right back down. 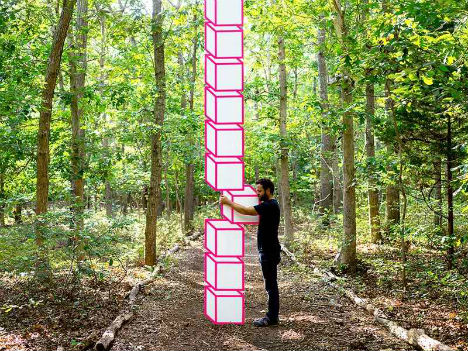 “My street work consists mostly of isometric rectangles and squares. I selectively place these graphics around New York to highlight the unexpected contours and elegant geometry of the city itself,” says Nihalani in a statement on his website. “For however briefly, I am trying to offer people a chance to step into a different New York than they are used to seeing, and in turn, momentarily escape from routine schedules and lives.”