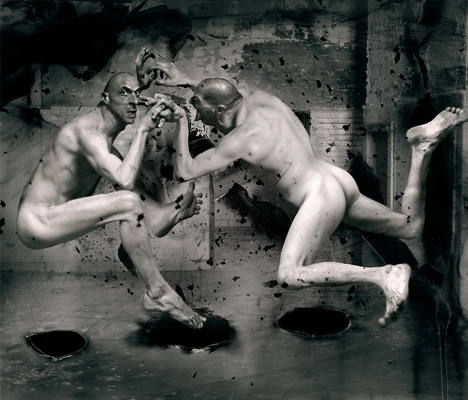 Dark, strange and rife with symbolism: the Sodom and Gomorrah series by Italian artist Alessandro Bavari is a lot to take in. Bavari, a classically trained artist who has sought to combine painting and photography for many years, created the series exclusively in Adobe Photoshop, considering computers to be “like a brush, palette or darkroom”. 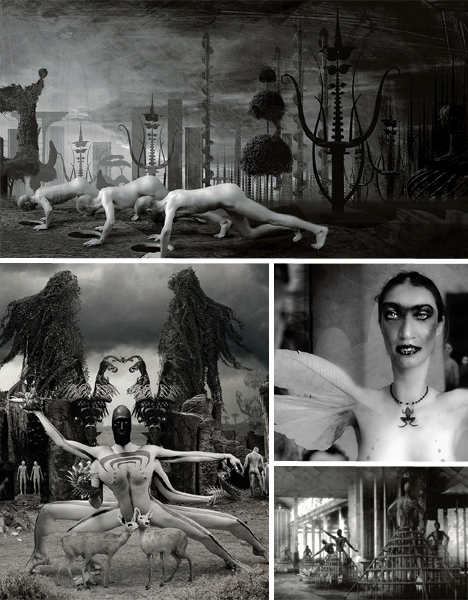 Inspired by Italian and Flemish art of the Renaissance era, the Sodom and Gomorrah series evokes the frightening religious imagery of Hieronymus Bosch. Bavari pairs the digital works with verses from the Bible, including the Epistle of Jude: “Just as Sodom and Gomorrah and the cities around them, since they in the same way as these indulged in gross immorality and went after strange flesh, are exhibited as an example, in undergoing the punishment of eternal fire.” 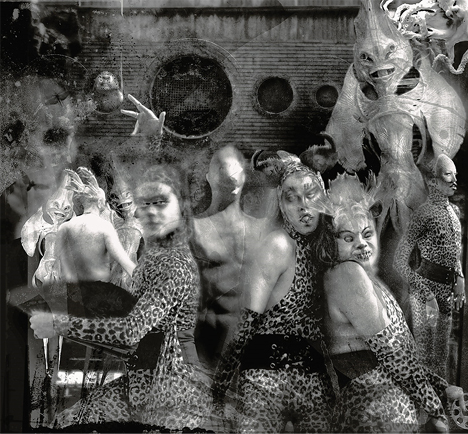 “I have the habit of taking photographs of everything wherever I go: human and animal matter, objects, landscapes and architecture,” Bavari explains on his website. “Materials that I have accumulated and catalogued of things photographed in museums and on the street, on trips outside Europe and on brief afternoon outings.” 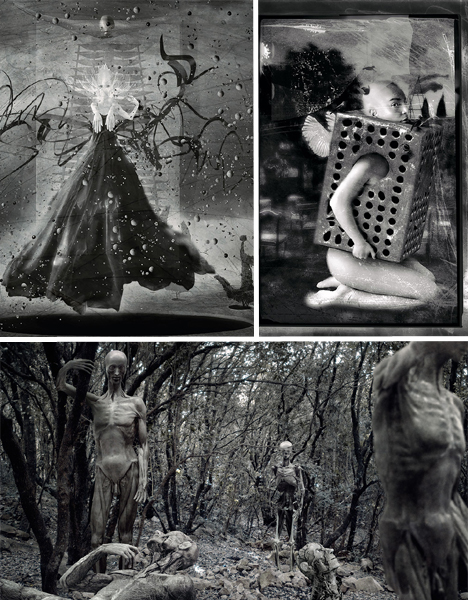 “Materials presented in this imaginary journey, the journey which launched me into the metaphor of these two forbidden and damned cities where people happily live in a total absence of morality, devoted to vice and lust, where every kind of sexual perversion is part of everyday life.” 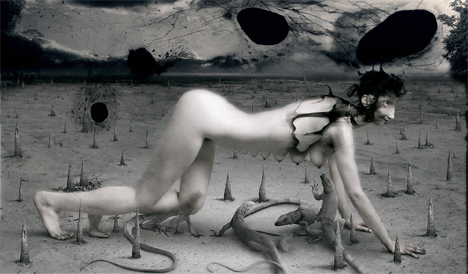 “I have imagined these two cities as a kind of amusement park for visionaries, where my gaze is neither accusing nor benevolent, but simply amused and curious, open to taking in as much as possible. An enormous freak show designed with kitsch and geometrical rationality, like that of crib, where one can get lost, and scrutinize an intimate daily life as hybrid as it is metaphysical, and then find one’s path, perhaps to get lost again.