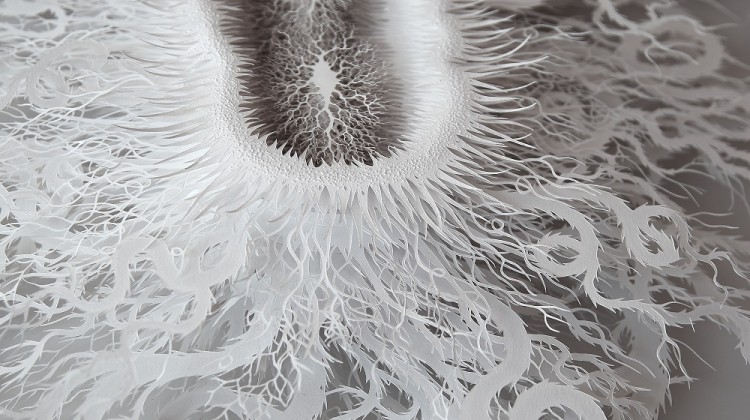 Few people outside of research scientists are quite so well-acquainted with the bacteria that grows inside the human body as artist Rogan Brown, who spends up to four months studying, cutting and assembling his paper reproductions of microbes and pathogens. 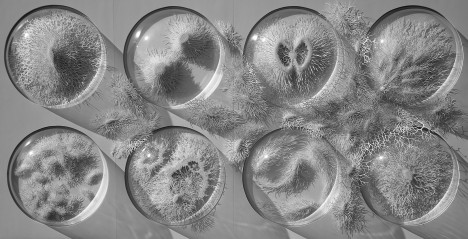 The series ‘Outbreak,’ completed in 2014, was inspired by a meeting with a group of microbiologists planning a new exhibition center focusing on the human microbiome, and its exhibition just happened to coincide with the deadly ebola outbreak last summer, when everybody had infectious diseases on the brain. 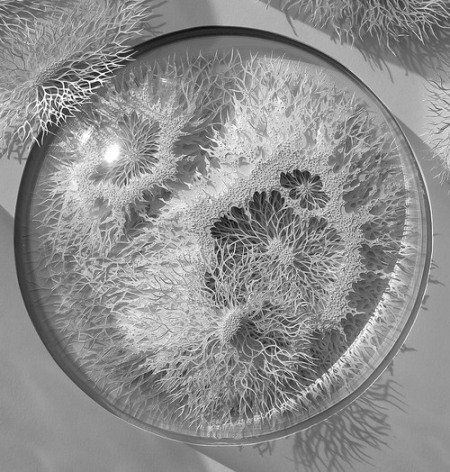 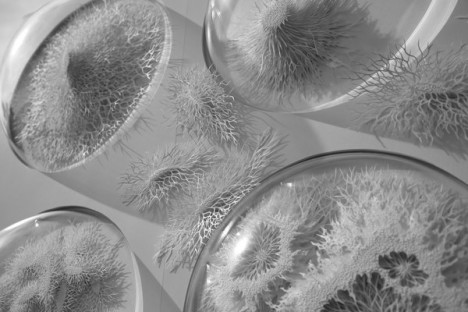 “Fascinated by this hidden world I spent months researching the strange shapes and forms of microbes and pathogens,” says Brown. “I wanted to create a piece that examined our fears of the microbiological world, so out of one of the petri domes a group of bugs burst forth, full of ferocious uncontrollable energy.” 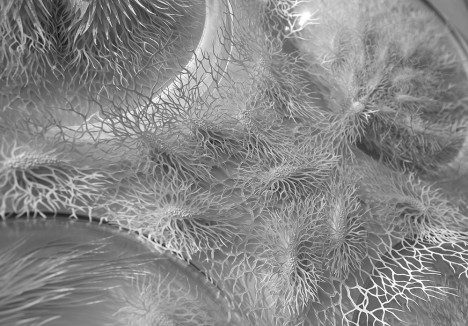 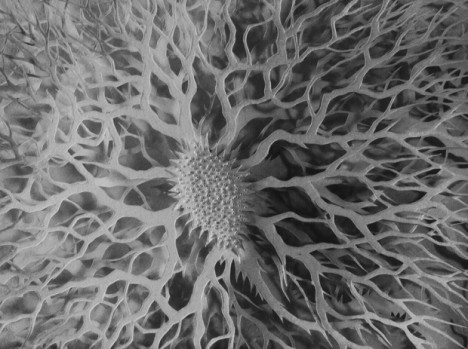 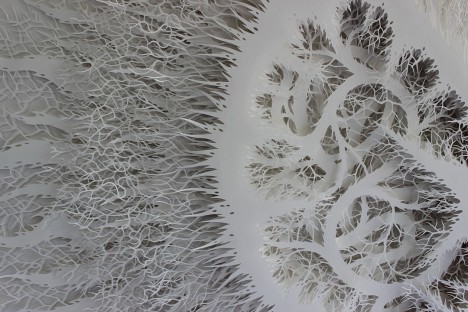 Stacks upon stacks of finely-sliced white paper make up each organism, nestled into white foamboard dishes. A more recent piece, ‘Cut Microbe,’ measures over 44 inches in length, about a half a million times the bacterium’s actual size. 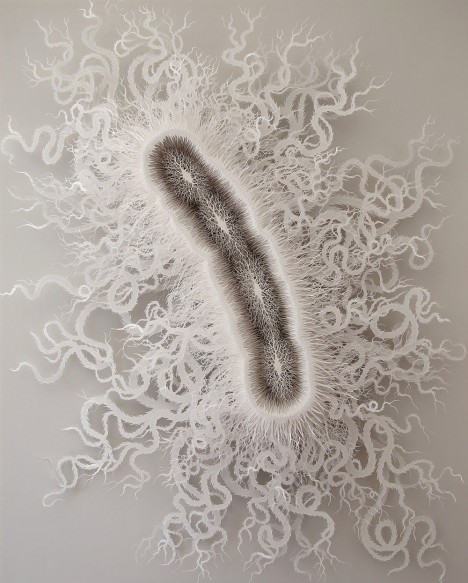 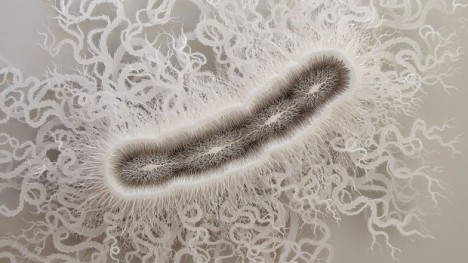 The details are scientifically accurate, including the tentacle-like flagella that allow the bacteria to swim through our intestinal tracts, yet rendered in white paper, they become something aesthetically pleasing to gaze at, removed from the grotesque nature most often associated with them. 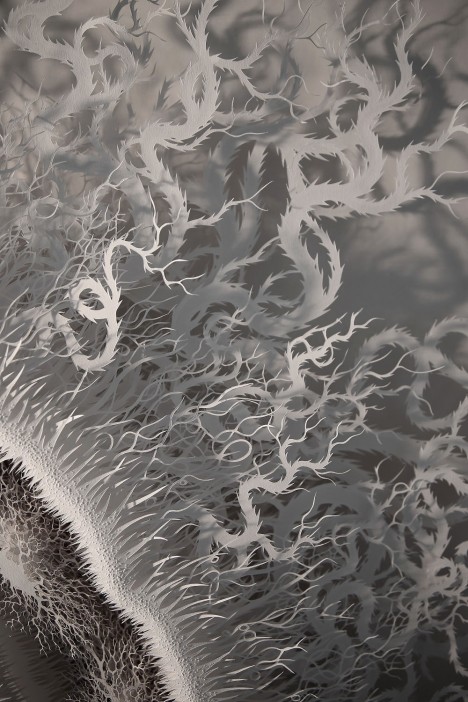 “People often marvel at the time I spend on a sculpture but Time is the fourth dimension that gives my work part of its value. Few other art forms foreground the amount of time spent making them as a paper sculpture does: every cut is a moment. The end result is the sense of something incredibly hard won and precious which is precisely the message I wish to convey: we need enormous concentration and effort to really SEE and appreciate what we see.”