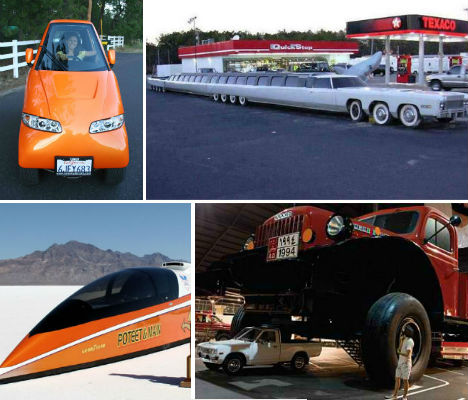 Destroying lesser vehicles in more ways than one, these seven record-smashing cars and trucks are stronger, longer, faster, narrower, more fuel-efficient and way more expensive than the average vehicle. In most cases, you have to be a millionaire to afford one, but if you’ve got the cash, going over 460 miles per hour and crashing through buildings would make the indulgent purchase worth the dent in your bank account. This list includes only vehicles that are produced by civilians or available to the public, eliminating military and construction vehicles. 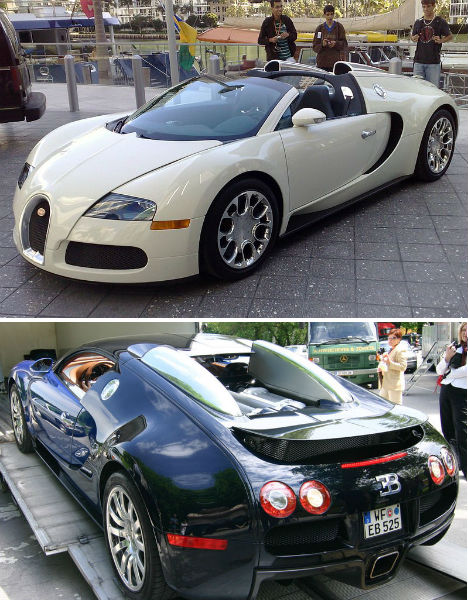 At a price tag of $2.4 million, the Bugatti Veyron SuperSport is the world’s most expensive car – and accordingly, only thirty of them have been produced. The Veyron SuperSport is powered with an 8-liter, W16 quad-turbocharged engine for a total of 1200 horsepower, and it’s made of lightweight materials like carbon fiber and aluminum. The Veyron 16.4 is the last version of this particular model that will ever be made. Is it worth the money? Sure, if achieving insane speeds of up to 267.81mph is important to you; no other car available to the general public and legal on the streets can go this fast.

The Bugatti Veyron held the title of the world’s fastest car for a while, until it was revealed that a speed limiter was switched off during tests. The title was stripped, and no other has been awarded. However, even nearly 270mph doesn’t reach the speeds that the actual world’s fastest car can achieve. 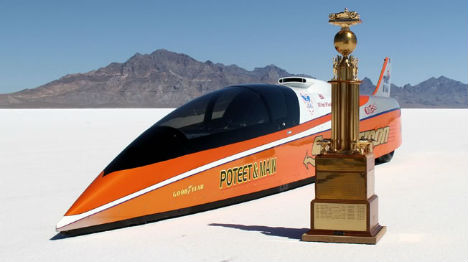 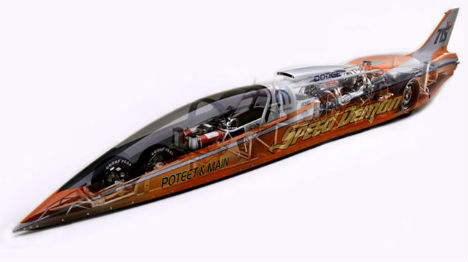 This car definitely won’t be appearing on the highways anytime soon; it’s a one-off produced by George Poteet and Ron Main in an attempt to smash speed records, and that it did. The Speed Demon is the world’s fastest wheel-driven, piston-powered car, and it clocked an astonishing 439.562mph in a test at the 2012 Bonneville Speed Week. The shell is part of what makes the steam-powered Speed Demon so fast; it’s incredibly aerodynamic. The car boasts a Kenny Duttwiler 368-cubic-inch twin-turbo V8 engine. 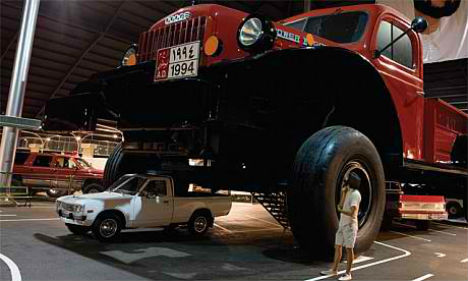 Said to be the largest car or truck in the world, this 1950s Dodge Power Wagon was made by oil billionaire Seikh Hamad bin Hamdan Al Nahyan of the United Arab Emirates in the mid 1990s. Looking to be at least five times as large as a standard Dodge Power Wagon, this model is more than just a cab on wheels – it holds four air conditioned bedrooms, a living room and a bathroom, with a motorized tailgate that drops down to become a terrace.

Hamad is a bit of an eccentric, obsessed with collecting oversized vehicles; he also has a giant replica of the Willys WWII Jeep and two jeeps welded together into a double-wide vehicle. He also holds a number of Guinness World Records for things like the biggest graffiti tag on the planet. 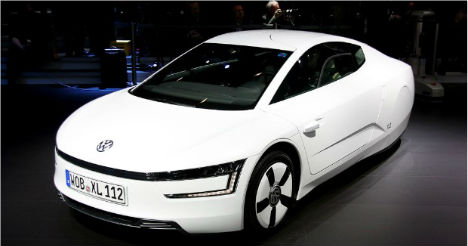 The world’s most fuel-efficient car will achieve 261 miles per gallon – beat that with your Prius. The XL1 is a two-seat diesel plug-in hybrid with a driving range of a little over 30 miles; the limited range is part of what makes it such a miserly gas sipper. Small, low to the ground and aerodynamic, the XL1 was built for fuel efficiency, if not for speed; it will take 12.7 seconds for the car to get from zero to 62 miles per hour. The car’s narrow profile means the passenger seat has to be set back slightly from the driver’s seat so each person in the car has a little bit of elbow room. It’s intended to be a production car, but VW says it plans to use “handcrafting-like production methods” to build it at its facility in Germany.