Delicate patterns of lace adorn the facades of buildings, magnified many times larger than life, echoing the particular motifs of the region’s traditions. The Polish street artist known as NeSpoon travels from one nation to the next, alternately spray-painting or weaving these patterns on public surfaces for events like Sweden’s NO LIMIT festival and Berlin’s Urban Nation. She defines the works as “somewhere in between street art, pottery, painting, sculpture and jewelry.” 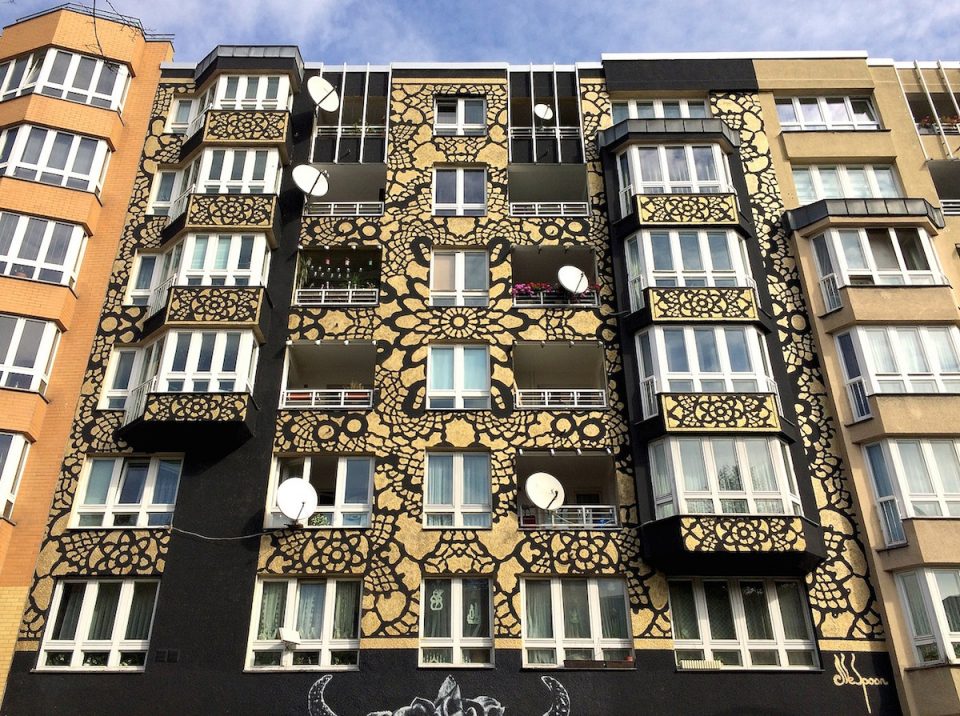 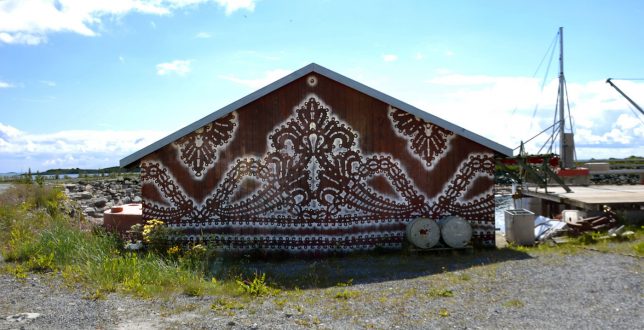 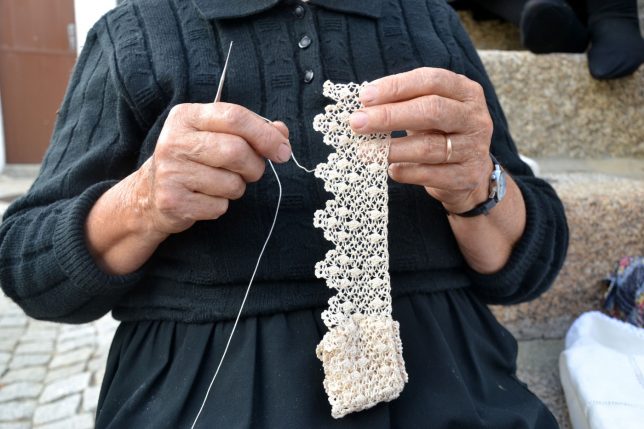 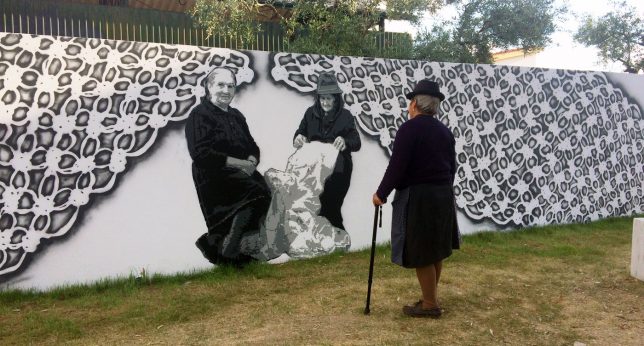 Though she’s been working in this style since 2009, NeSpoon began tailoring her lacework designs more specifically to regional traditions over the last few years. In 2017, for example, she met with and observed lacemakers in Póvoa da Atalia, Portugal to commemorate the vanishing craft practiced by female circles of craftspeople. She enlarged their patterns, and incorporated the women themselves into the resulting mural. 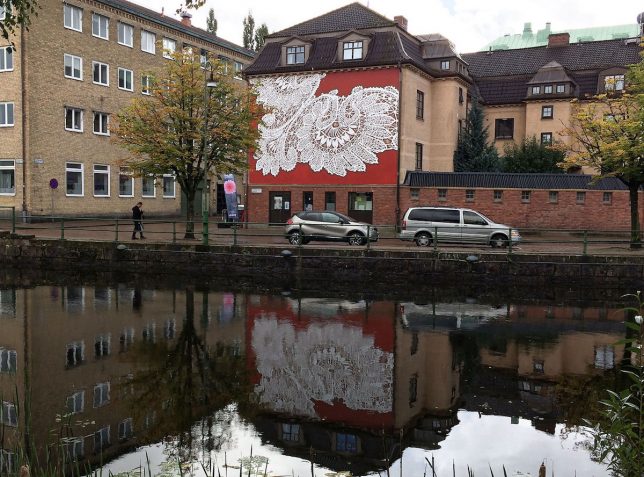 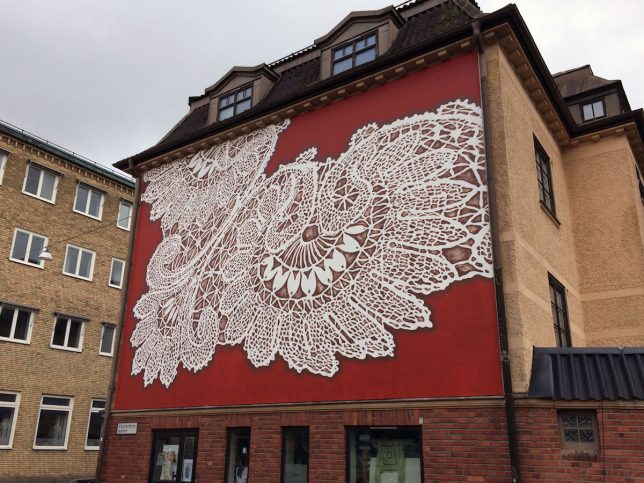 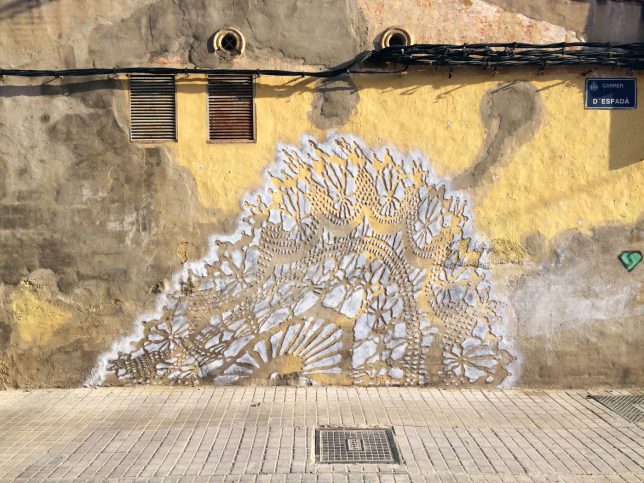 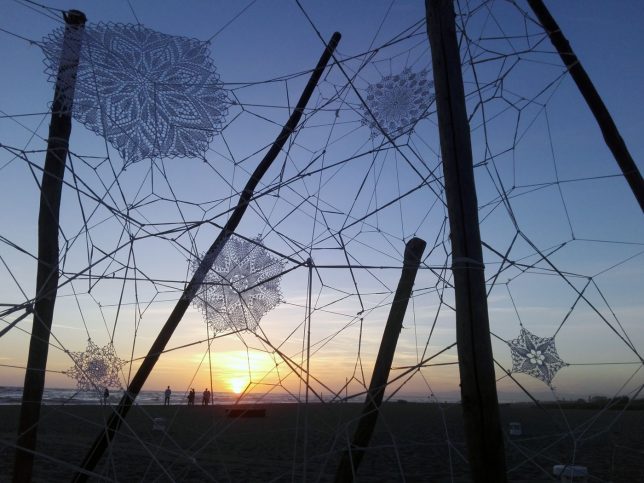 While many of these works are officially approved, particularly the larger pieces, NeSpoon also makes use of guerrilla-style methods, quickly spray-painting her lacework onto urban objects like utility boxes. 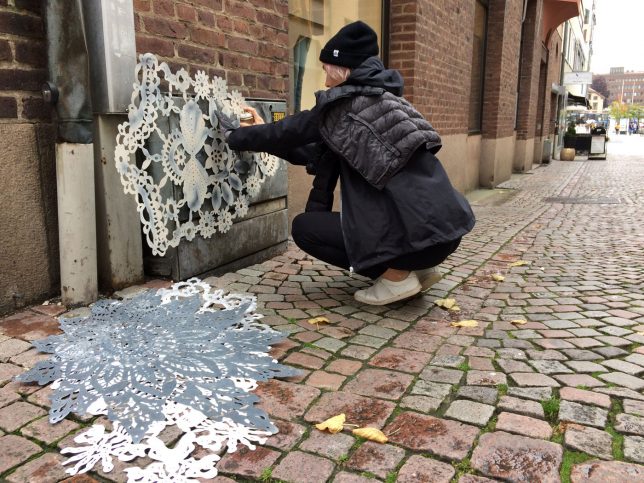 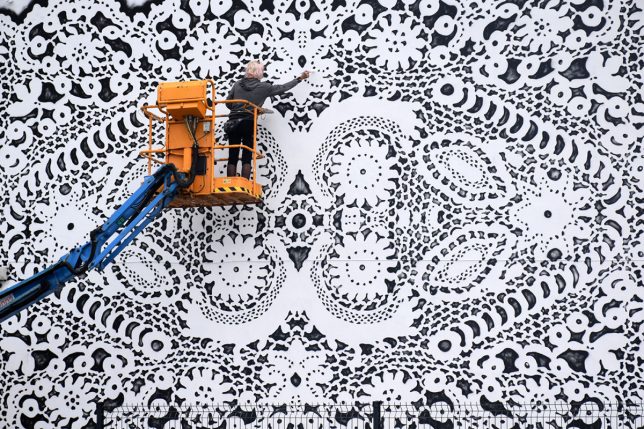 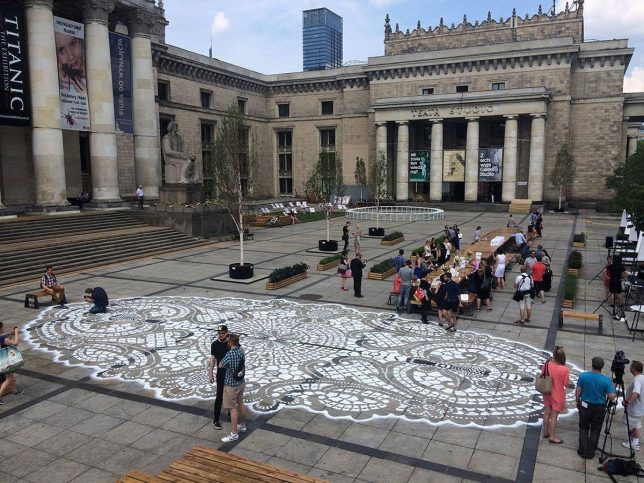 “Why laces? Because in laces there is an aesthetic code, which is deeply embedded in every culture,” she says. “In every lace we find symmetry, some kind of order and harmony, isn’t that what we all seek for instinctively?”

“Why street art? Because it gives freedom.”