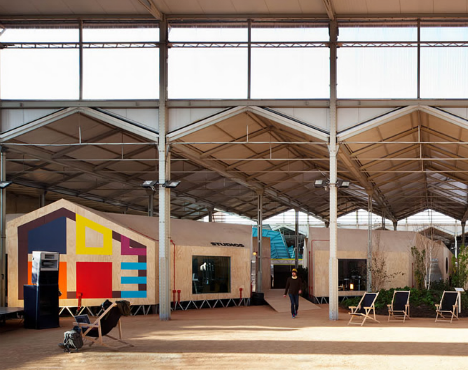 Occupying an empty warehouse in Madrid, the Red Bull Music Academy is a temporary space for a nomadic music academy organized by the energy drink brand. With bright colors, bold patterns, high ceilings and lots of lush vegetation, the formerly empty space has been transformed into a vibrant hub of activity where musicians can practice, learn and record.

Designed by Spanish studio Langarita-Navarro Arquitectos, the academy takes visual cues from the jagged shapes of the existing warehouse architecture and fills it with a compact village comprised of tents and wooden huts. Each of the tiny one-room huts is shaped like a house; some bear colorful patterns painted on one face while the others are bare, pale wood. 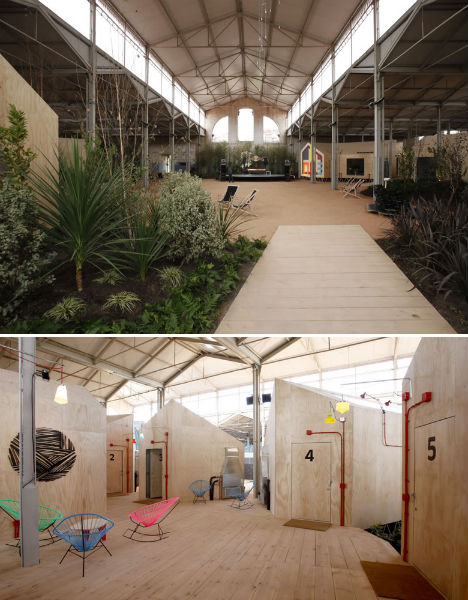 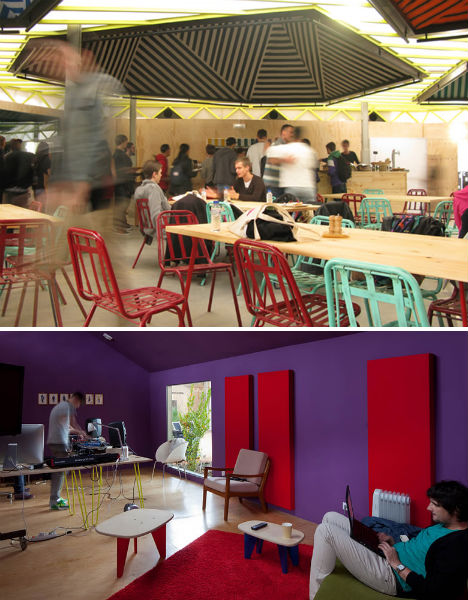 The 2011 incarnation of this annual festival was meant to be held in Tokyo, but the devastating effects of the earthquake and tsunami forced a sudden re-location to Madrid. Organizers chose the Matadero Madrid as the location, which is an early 20th century warehouse complex open to the air. The complex included offices, studios for musicians, recording studios, conference space, a radio studio and a lounge. 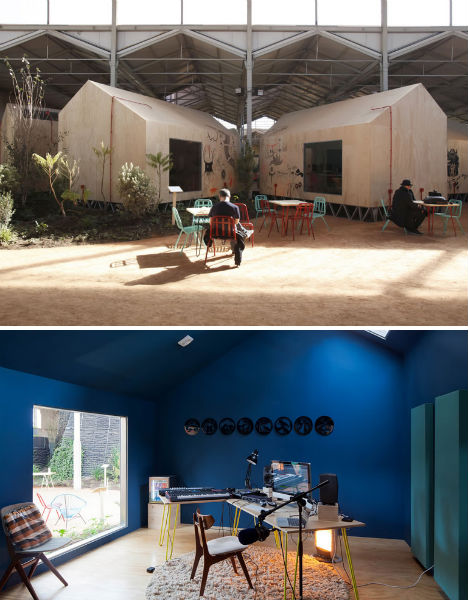 The complex was designed so that it could be dismantled without leaving a trace of its presence at the warehouse. The recording studios featured walls made of sandbags, and all of the plantings were transferred to public areas around Madrid.