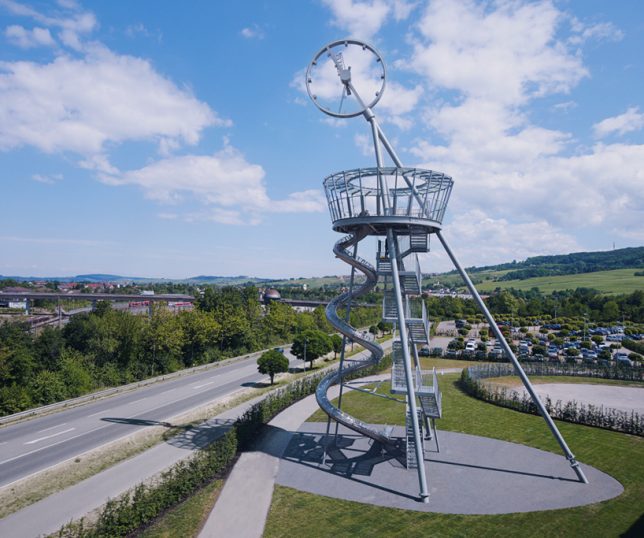 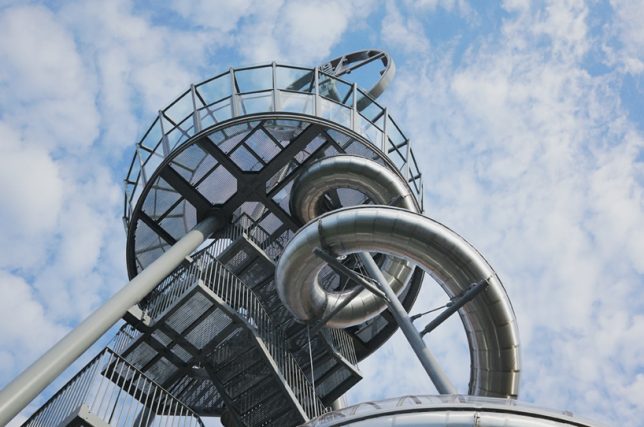 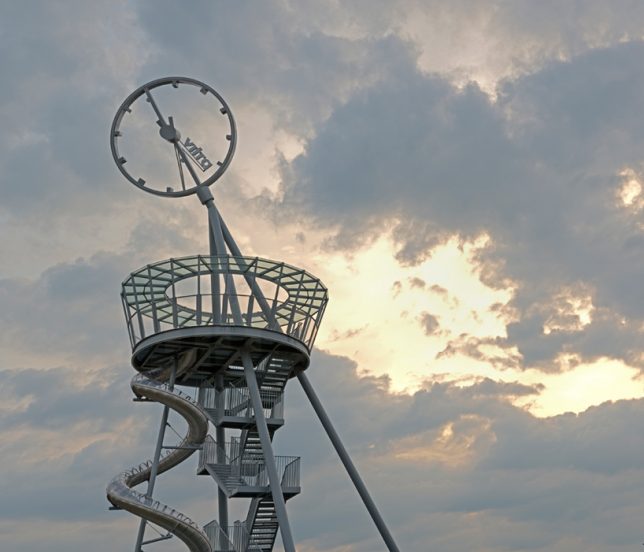 Rising 100 feet into the sky above the Vitra Capus in Weil am Rhein, Germany, the ‘Vitra Slide Tower’ by Carsten Höller is a freestanding interactive sculpture with an observation deck, a corkscrew tube slide and a slanted clock that intentionally makes it hard to read the time.

The artist wishes slides were incorporated into architecture more often, saying “From an architectural and practical perspective, the slides are one of the building’s means of transporting people, equivalent to escalators, elevators or stairs. Slides deliver people quickly, safely and elegantly to their destinations, they’re inexpensive to construct and energy-efficient. They’re also a device for experiencing an emotional state that is a unique condition somewhere between delight and madness.” 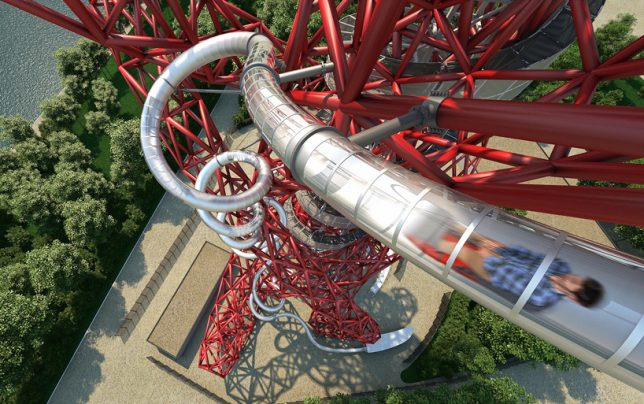 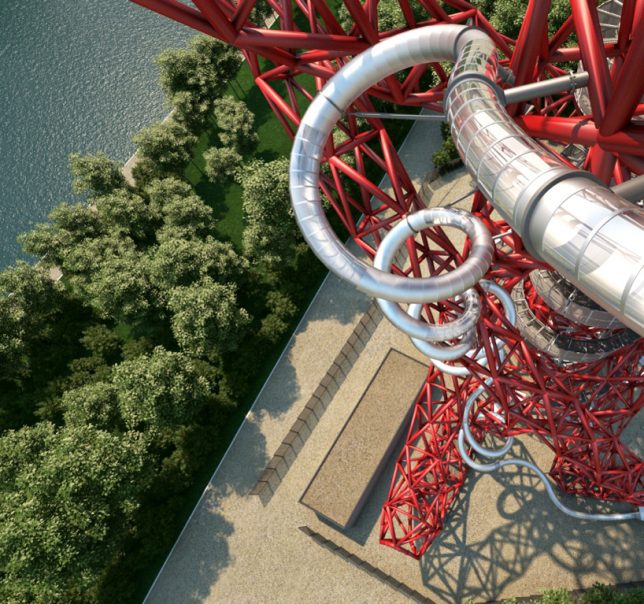 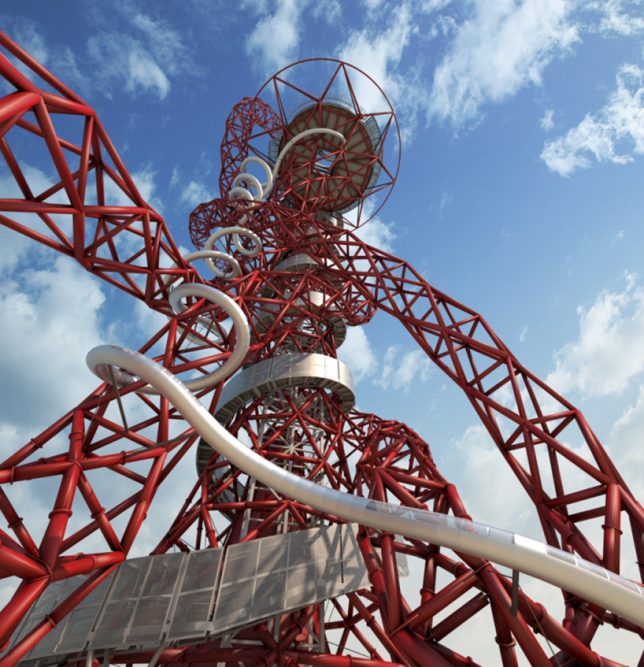 Höller got another chance to delight thousands of people with that “unique condition” as the designer of a corkscrew slide that twists and turns around Anish Kapoor’s Arcellormittal Orbit sculpture, the tallest work of art in the UK. Located in London, the new tunnel slide measures 584 feet and orbits the sculpture 12 times. After going through the tightly coiled section, guests whizz 15 stories straight back down to the ground. 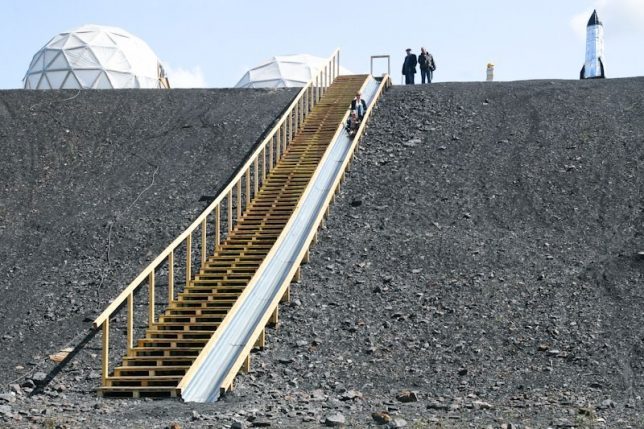 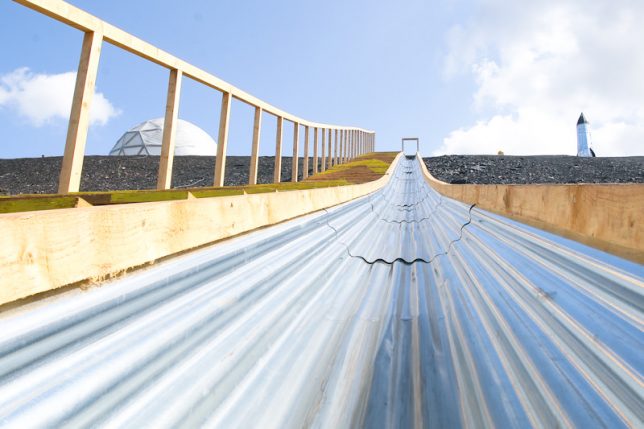 A group of architects and designers calling themselves Collectif Etc. created a series of interventions in cities around France for their project and book ‘Detour de France: An Education off the Beaten Path’. These urban hacks included guerrilla living rooms, a public takeover of a disused square and a giant slide in a rocky ‘wasteland’ section of a town lacking green space. 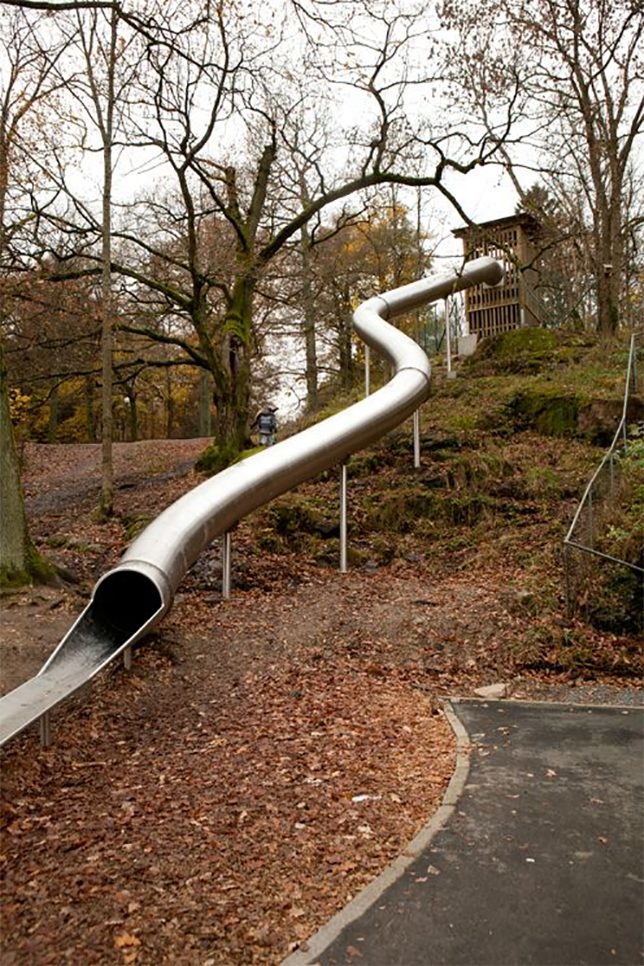 This extra-long tunnel slide can be found at the same Swedish playground (Plitka Park in Gothenburg) where a cool interactive whale sculpture by Monstrum is located. The design makes us wish such slides were common in all sorts of cities, letting you pass right over congested traffic areas when going from higher ground to lower. It’s even protected from the rain!