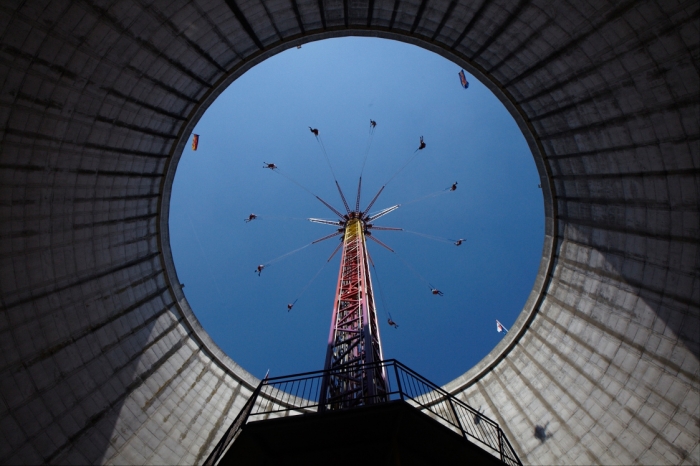 The iconic central cooling tower has been turned into a swing ride and climbing wall, but the re-purposed complex as a whole features over a dozen attractions including rides, restaurants, bars and hotels. 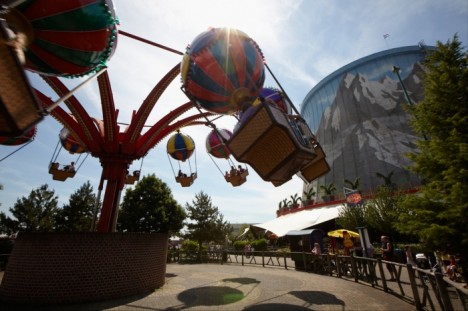 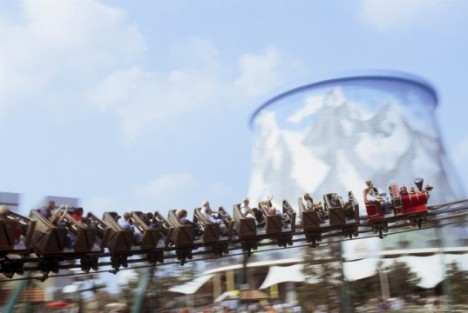 Wunderland Kalkar is set near Düsseldorf, Germany, the site of a nuclear power plant that never went live due to local protests and construction problems. The recognizably menacing centerpiece of its industrial landscape is no less noticeable for having been painted with a mountain-and-sky mural. 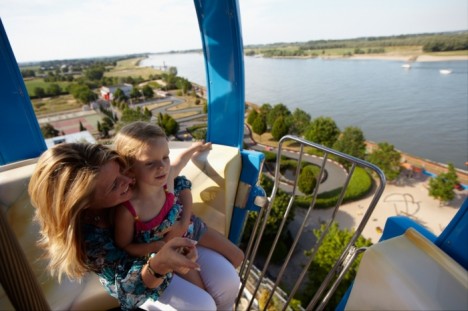 Now that Germany is officially phasing out its use of nuclear energy, this solution (drawing in over a half-million annual visitors) may inspire other projects along similar lines. 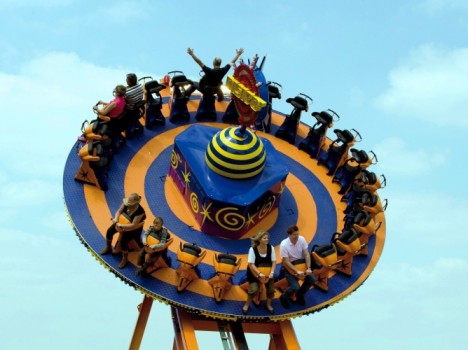 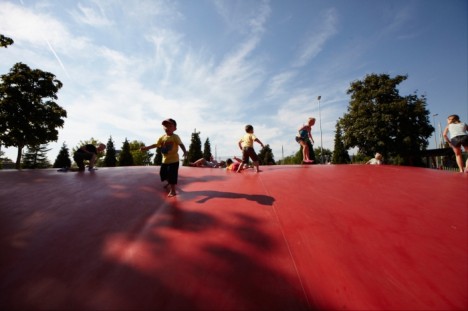 In this case, billions in funding were ultimately scrapped and a developer was able to pick up the pieces for mere millions before turning a hefty profit through an unlikely conversion. 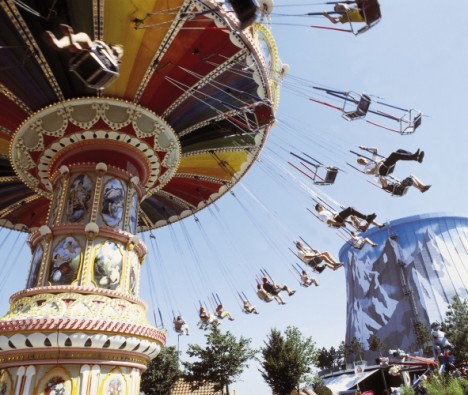 Since the location’s transformation in 1995, visitors from around the country and the world have come to ride its wonderful merry-go-rounds and carousels. Some are drawn by its overt offerings, but many also feel the pull of experiencing a unique look into an what remains of an amazing abandoned nuclear compound.