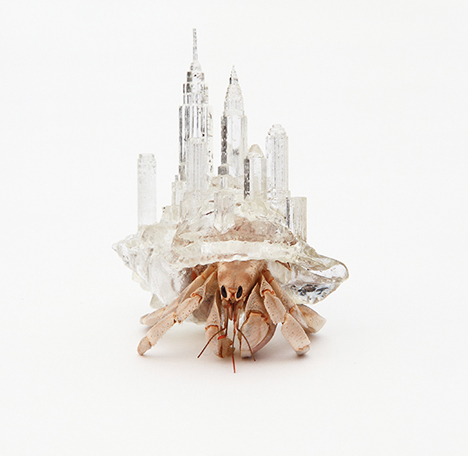 Hermit crabs carry crystal-clear cityscapes on their backs, thanks to a series of 3D-printed shells by Aki Inomata. The artist scans the insides of hermit crab shells to ensure a perfect fit, and then prints skylines of cities like New York, Thailand and Greece in plastic using a high-accuracy 3D printer.

“I overheard that the land of the former French Embassy in Japan had been French until October 2009; that it was to become Japanese for the following fifty years, and then be returned to France,” says the artist. “This concept made me think of hermit crabs, which change their shells.” 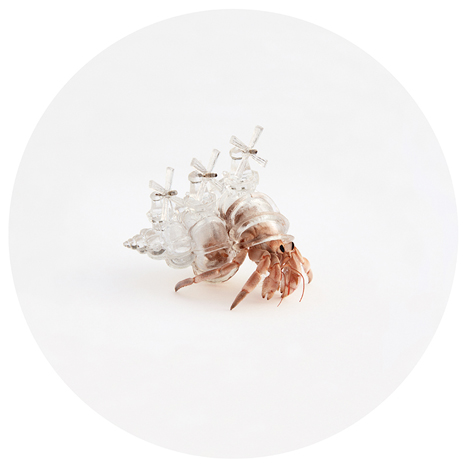 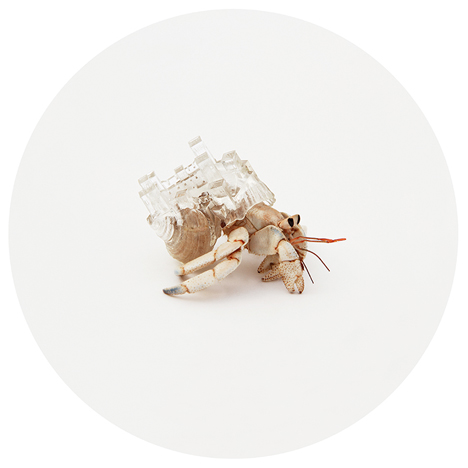 “The same piece of land is peacefully transferred from one country to the other. These kinds of things take place without our being aware of it. On the other hand, similar events are not unrelated to us as individuals. For example acquiring nationality, moving, and migration.” 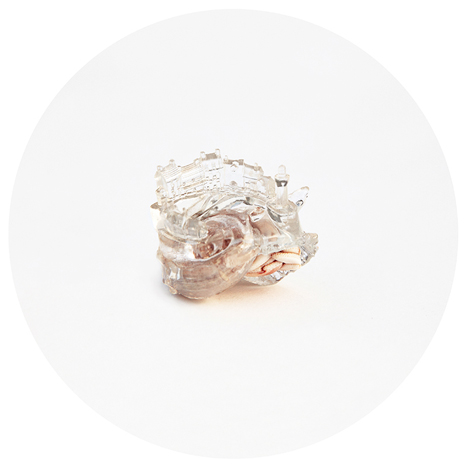 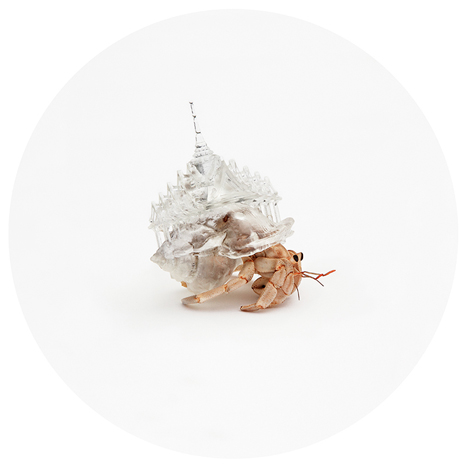 “The hermit crabs wearing the shelters I built for them, which imitate the architecture of various countries, appeared to be crossing various international borders. Though the body of the hermit crab is the same, according to the shell it is wearing, its appearance changes completely. It’s as if they were asking, ‘Who are you?'” 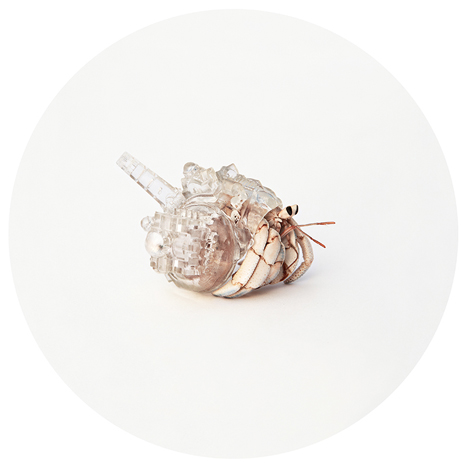 3D-printed shells for domestic hermit crabs could help preserve the ocean’s shell supply. MakerBot created ‘Project Shellter,’ a quest to create these shells, which resulted in some highly unusual options including neon colors and origami shapes.