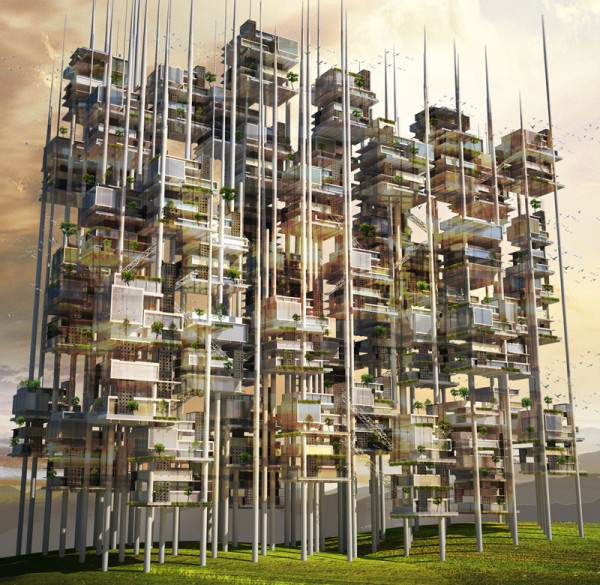 As urban populations flourish, cities typically expand outward into suburbia or suffer growing pains with static infrastructure that just can’t keep up. What if, instead, cities were based upon modular structures with virtually no limits as to how much they could grow? These modular urban concepts include developments that hover above LA’s freeway system, Jenga-like towers and pixelated stacks of prefabricated residential units. 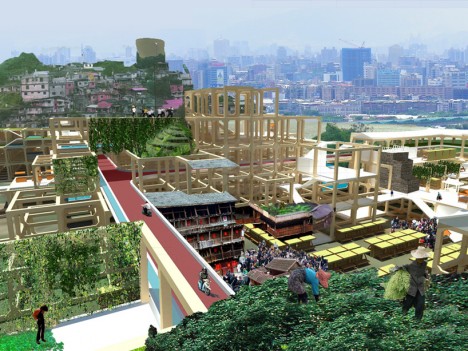 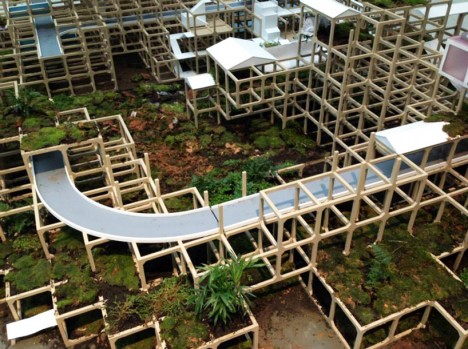 A gridded framework made up of basic 6-meter-square wooden structural models can be built out almost endlessly, rising above the ground in flood-prone places like Taipei City and Jakarta. ‘Paracity’ by Marco Casagrande is designed for unrestricted growth by gradually infilling the open column-and-beam lattice framework with dwellings, gardens, roadways, shops, restaurants and more. The idea is ‘self-sustainable bio-urban growth,’ using sustainable technology for water purification, waste water treatment and energy production. Says the designer, “In a sense Paracity is a high-tech slum, which can start tuning the industrial city towards an ecologically more sustainable direction. Paracity is a third generation city, an organic machine, urban compost, which is helping the industrial cit to transform into being part of nature.” 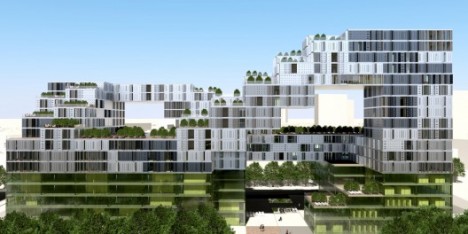 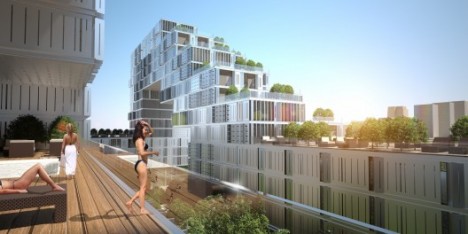 The ‘pixelated’ look of this development comes from the seemingly random arrangement of 10×10 modular volumes stacked in a flexible grid that’s interchangeable and adaptable. The modules can for the basis of apartments, offices and other spaces, making it easy to switch out the function of various parts of the community. Public spaces are on the lower levels, and living spaces on the top. 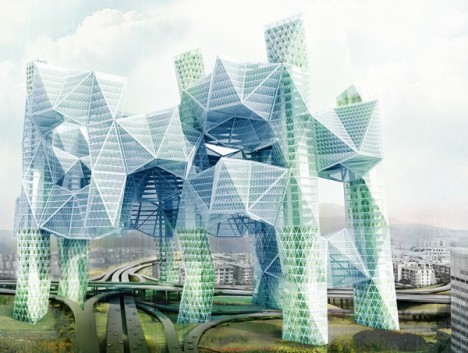 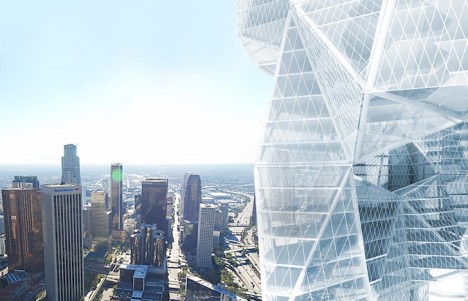 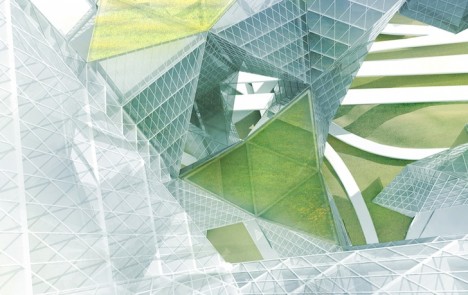 LA’s system of freeways divides the city into separate quadrants, restricting activity to whatever area you happen to live in, hemmed in by the massive and perpetually backed up roads. But what if the city could literally rise above that freeway system? This concept called Skyvillage imagines a Los Angeles that grows vertically, interconnecting above the roads to bring the community together. This would eliminate the need for cars, making it easy for residents to fulfill all of their needs within walking distance. The pillars that make up the building are ‘green filtering towers’ filled with vegetation to counteract the pollution from the freeways. 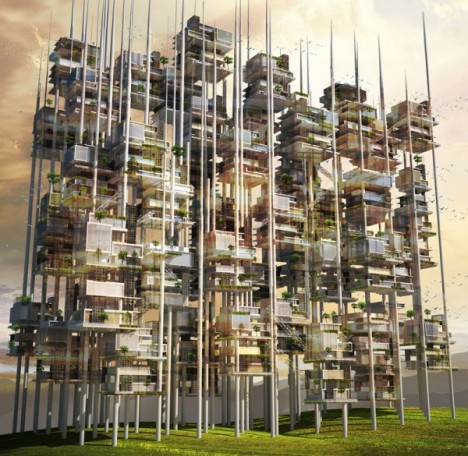 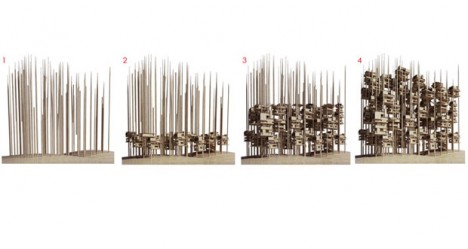 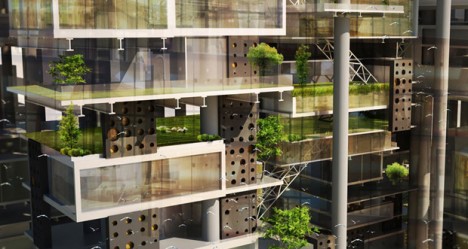 The people of Egypt’s so-called ‘Garbage City,’ which processes nearly all of the waste from the enormous city of Cairo, do so with an admirably inventive spirit – but as you might imagine, sorting trash for a living can make for a less-than-pleasant living environment. Mekano Architects came up with a way that actually uses the heaps of waste around the city as an advantage, recycling it as building material for a vertical city. The Seeds of Life skyscraper consists of a series of ‘wind stalks’ that can be stacked with modular homes interspersed with parks, plazas and other public spaces. The ‘wind stalks’ would be topped with mini turbines to collect energy. 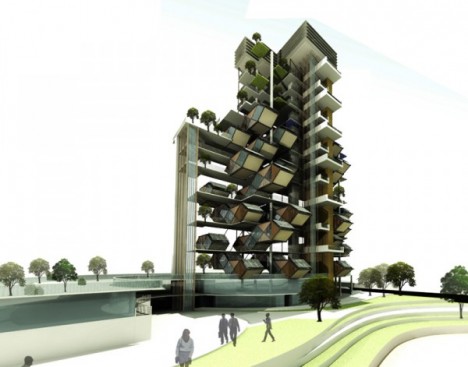 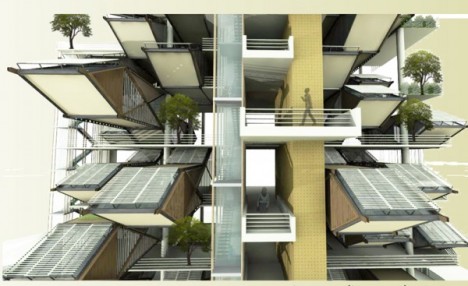 Hexagonal living units are plugged into a primary structure made of reinforced concrete, making it easy to add and remove modules as necessary or group several together into a larger home. Inspired by Le Corbusier’s theory that “a house is a machine for living,” the concept is flexible, easy to dismantle and could be prefabricated and transported to cities anytime growth calls for it.