Swirls and pillars of light hover in fields or against dark urban backdrops like phantom monuments, captured on camera in a way that just can’t be perceived by the human eye. UK-based artist Sola literally paints with light, his amorphous creations seeming to take on three dimensions for just a split second as if the light itself has gathered up a mass of its own. 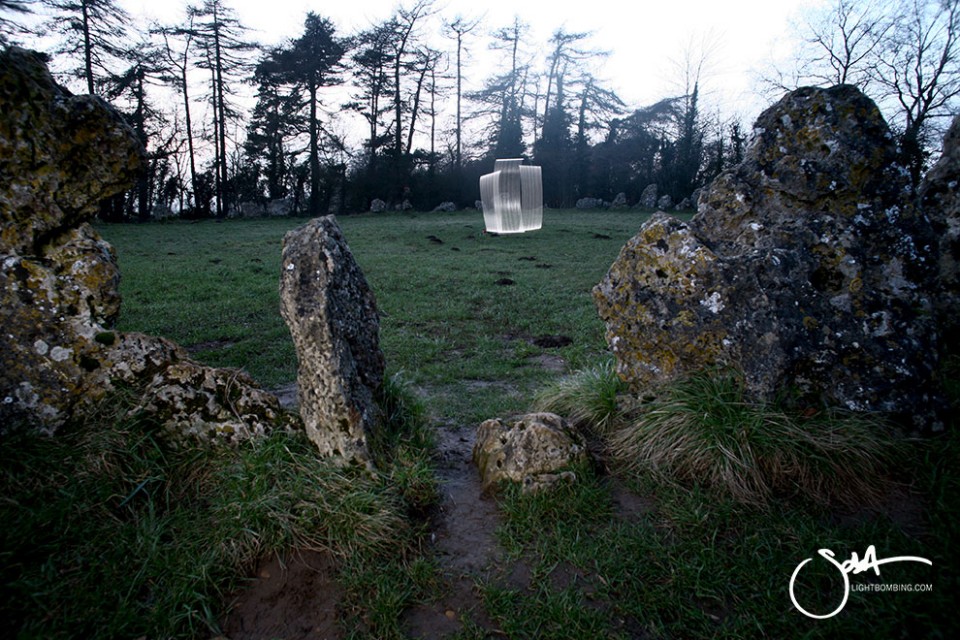 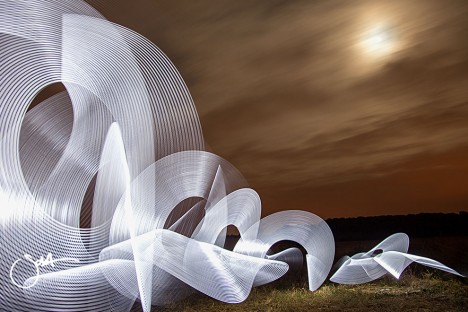 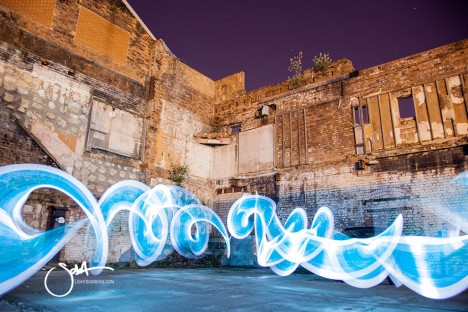 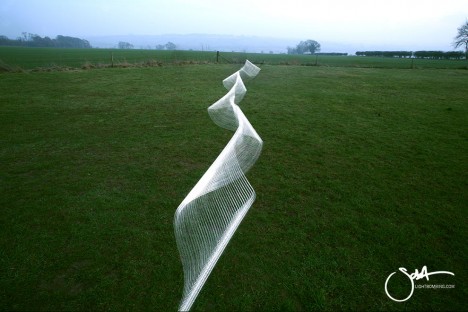 Looking for an outlet for personal expression led Sola to professional photography, documenting the sports, bands and lifestyles that he was into. Eventually, though, he wanted something that would give him more control over the creative process. 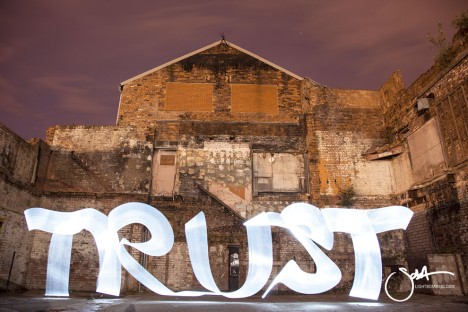 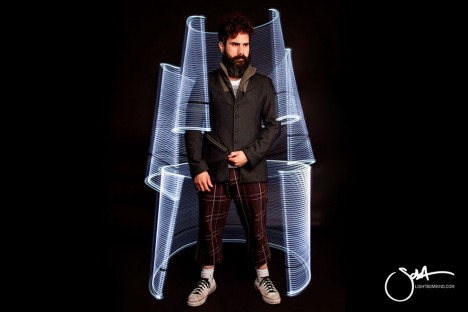 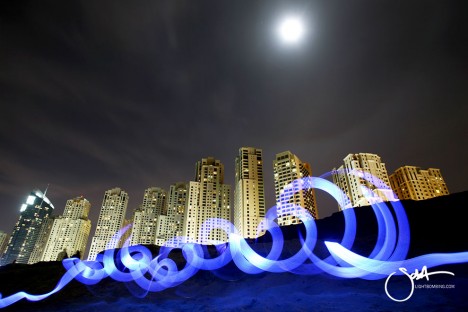 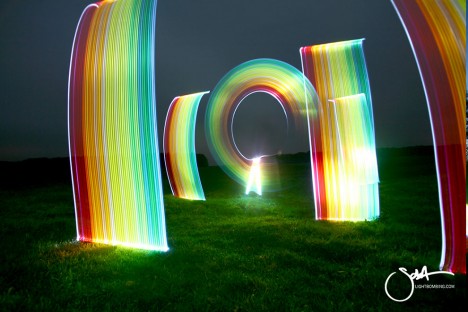 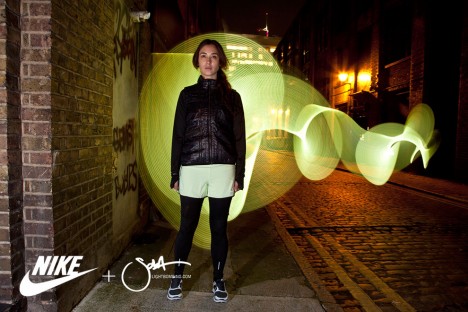 “Then I found light painting. Quite by accident one night while shooting landscapes of the urban environment and instantly I knew it was what I’d been looking for. I like to keep things real. I shoot with digital cameras, yes, but I employ principles of analogue film technology – in that once I’ve made an image I don’t change it any more than I could in a darkroom and therefore what you see, is what I shoot.” 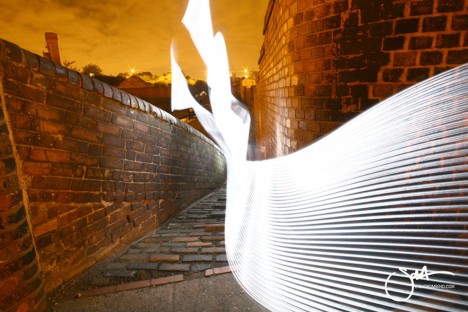 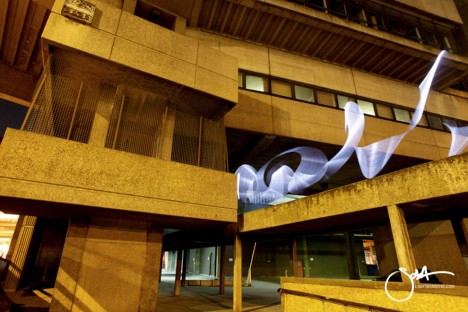 “I believe there’s a real magic to creating something wondrous that’s ‘real.’ Sure, there’s a place for post production in this world but on the whole, you won’t find any here. To the point that even if I am caught in the scene the image is thrown away. I aim to create images that allow the viewer to suspend their reality and simply enjoy the energy and mystery of the image.” 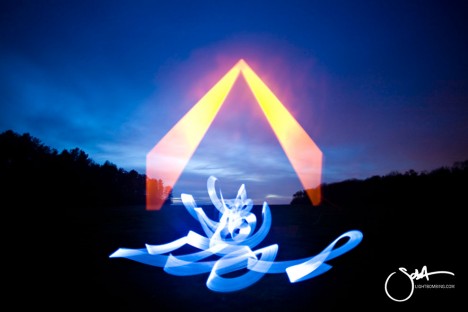 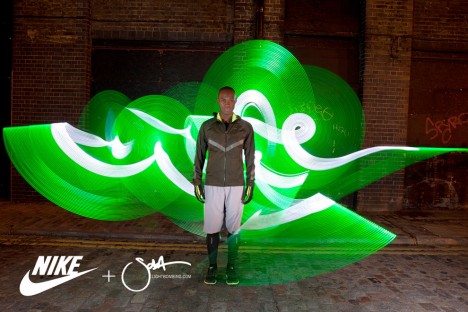 See lots of more Sola’s work, including collaborations with NIKE and other brands, at LightBombing.com.