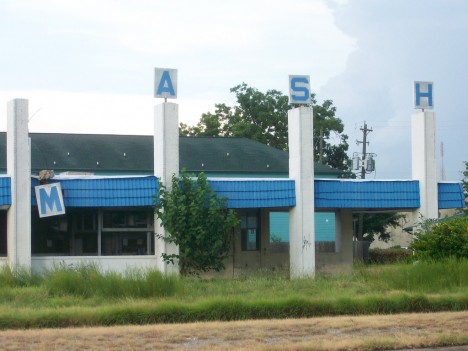 Flickr user Safety Cap snapped these images of an abandoned car wash on Spring Branch East in Houston, TX on August 23rd of 2010. Hmm, I used to like M*A*S*H, now it just makes me sad. 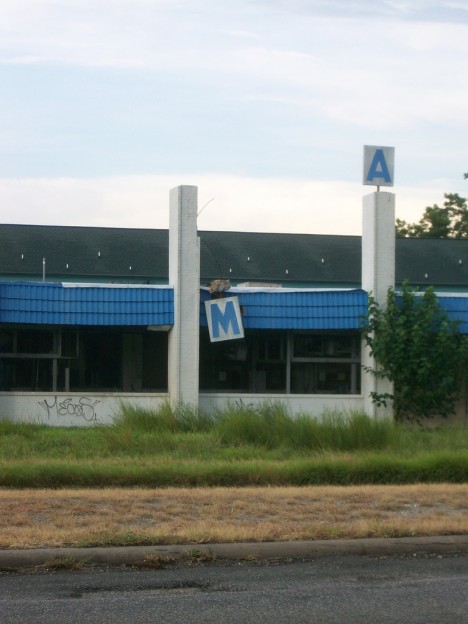 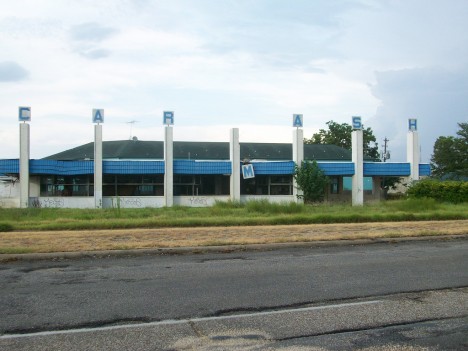 Taking a larger view we see it’s actually “CAR ASH”… now if that’s not an open invitation to arson, what is? Kudos to Safety Cap for capturing this formerly grand car wash before its decaying signage provokes a self-fulfilling prophecy.

Down By The Bay 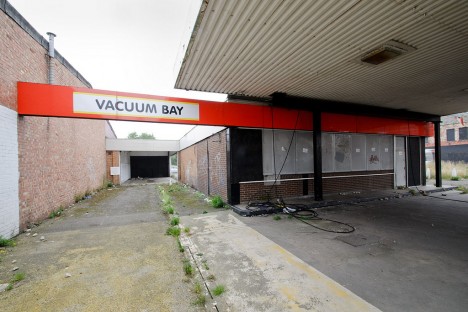 “My parents went to Vacuum Bay and all I got was this lousy t-shirt”… don’t complain, kid, it was the worst vacation EVAR. Full props to Flickr user leon S-D (littleweed1950) for coming across this abandoned petrol station and service area in Kingston upon Hull, East Yorkshire, England in the late autumn of 2013. 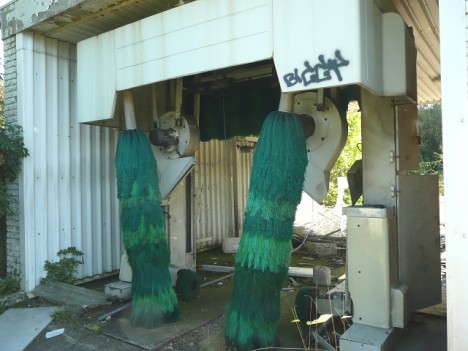 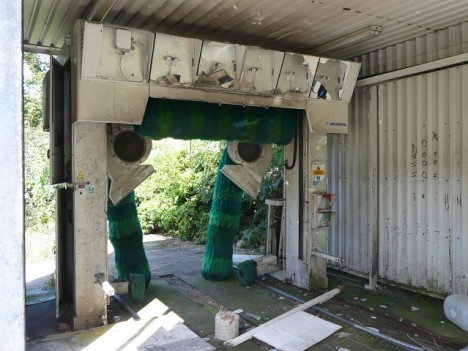 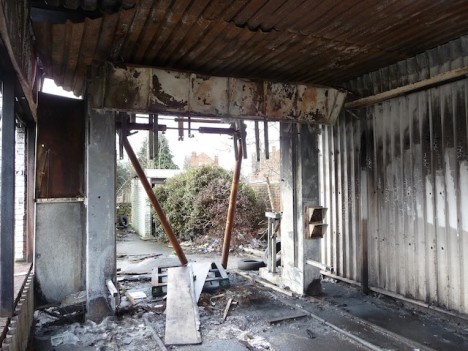 Car wash photo-documenter extraordinaire AquaValet is at it again, this time journeying to Birmingham to snap the sorry state of the Wilcomatic Mono Rapide, (a.k.a. Ceccato Finesse) car wash system at an abandoned BP station. The first two photos date from September of 2009, the last from February of 2011 after arsonists did that voodoo that they do so well. The car wash has since been put out of its misery by being completely demolished. 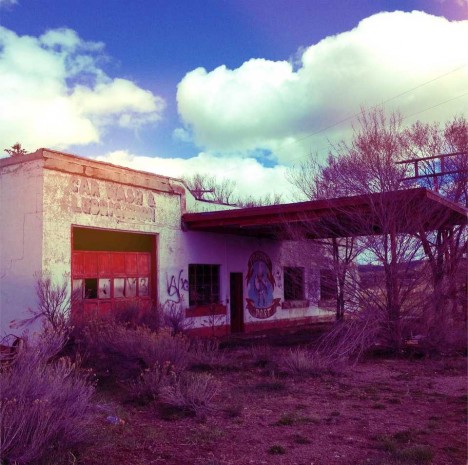 Flickr user Pam Morris (pam’s pics) describes the photo above of an abandoned car wash & lubrication shop in Tierra Amarilla, New Mexico, as “Hipstamatic for Iphone, Lens: Chunky, Film: Ina’s 1935”. We’re not exactly sure what that means but the results are amazing! Morris captured the scene on April 15th of 2012, seemingly several decades after the shop washed and lubricated its last customer… their last customer’s car, that is.