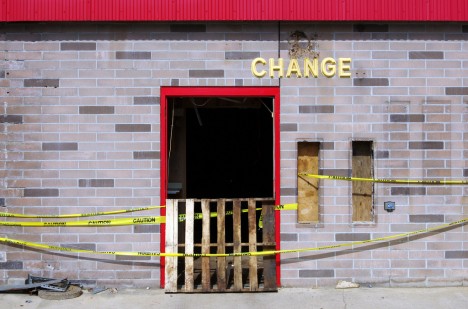 Change we can believe in? Flickr user Wayne Wilkinson (wayne’s eye view) snapped the evocative image of this abandoned Dixon, IL car wash above on April 7th of 2013. 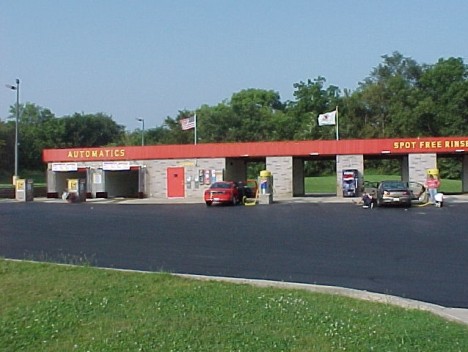 This photo appears to show the same car wash sometime earlier, when it was still a going concern with an actual door below the CHANGE sign. LoopNet featured the property as a Historical Retail Sale Listing… geez, is it really old enough to be considered “historical”? Hopefully buyers won’t be expecting the latter vista when they sign the check.

“I Got The Abandoned Car Wash Blues” 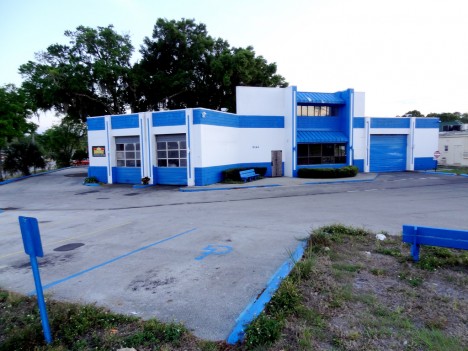 The former owner of this abandoned car wash on Busch Blvd in Tampa, FL must have had a thing for the color blue: the benches, parking signs, curbs and even the parking space divider lines are all done in the same intense azure hue. Flickr user XV (xvm) caught up with this cerulean scene on March 19th of 2012 when not a soul – not even a smurf – was in sight. 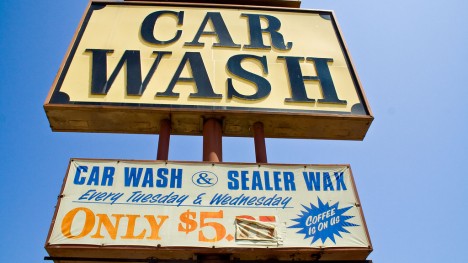 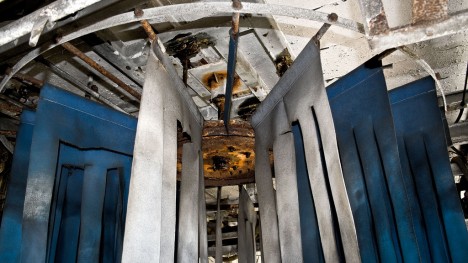 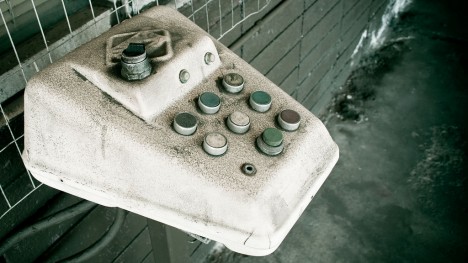 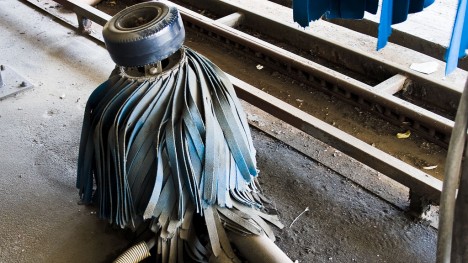 “Coffee is on us!” at the old abandoned car wash on Torrance Blvd at Irena Ave in Redondo Beach, CA… or at least it was. Flickr user Will Keightley (feverblue) snapped the scene at the former full service automatic car wash in April of 2008. Wonder why they went under… maybe they served too much free coffee and the bean-counters shut ’em down. 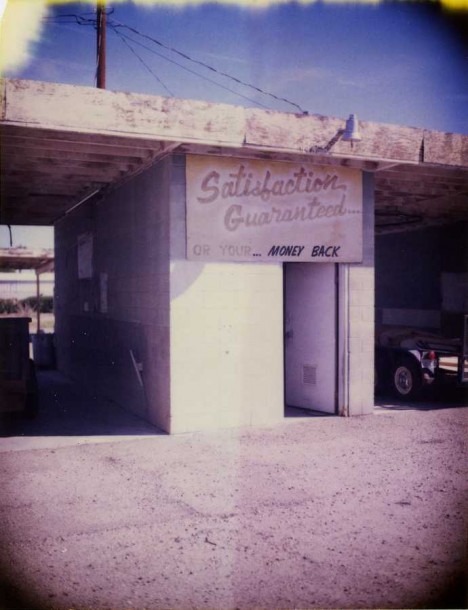 There’s a certain gritty realism to Polaroid pictures that just can’t be duplicated by any other means, and Flickr user moominsean knows his way around the late Edwin Land’s pride & joy even though he used a Mamiya Universal to take the photo above. Like Polaroid’s instant picture format, the car wash above in East Blythe, CA has just about faded away, even though satisfaction was guaranteed. Good luck on getting your money back.