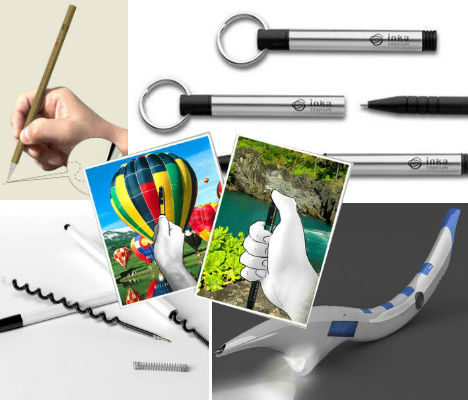 Most of us don’t expect our writing instruments to do anything more than write. But after seeing the incredible things that these 14 pen and pencil designs can do, we might just raise our expectations. Going far beyond making a mark, these inventions can capture colors from your environment, measure curves, write through water and record lectures. 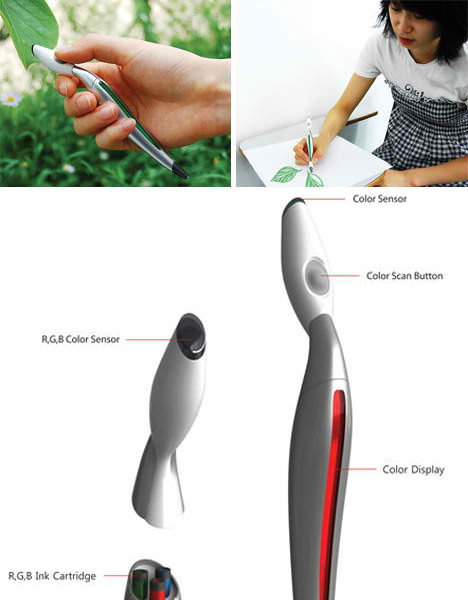 Artists sketching on the go would never have to worry about carrying around a full set of colored pencils, markers or pastels again if they had this handy gadget: the Color Picker. It’s a pen with a color sensor on one end that you can simply point at anything in your environment to instantly copy the color. The internal RGB inks mix to produce an exact match. 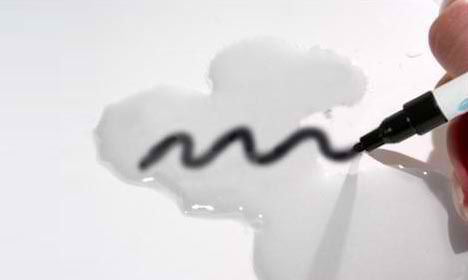 Not only will the ink in this Wet Surface Marker from Inventables stay crisp and clear when it gets wet – it will write through water. You can use it on wet surfaces. 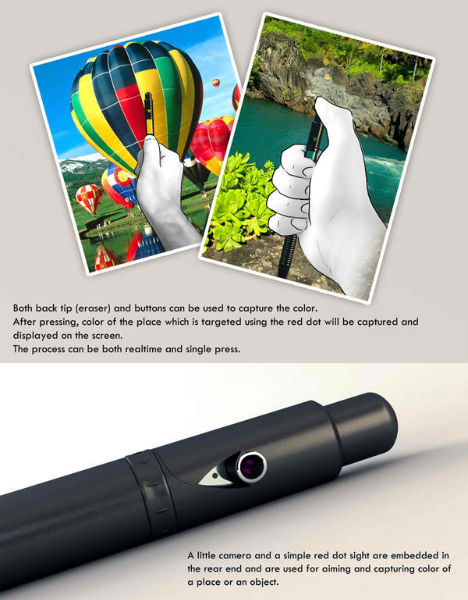 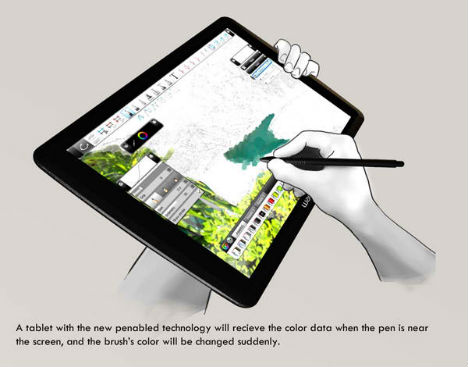 This concept is similar to the Color Picker, but it works in a much more realistic way: with a tablet computer. The Chromopen features a built-in camera that can capture colors, making it easy for digital artists to create extremely realistic replicas of the scenes they’re painting. 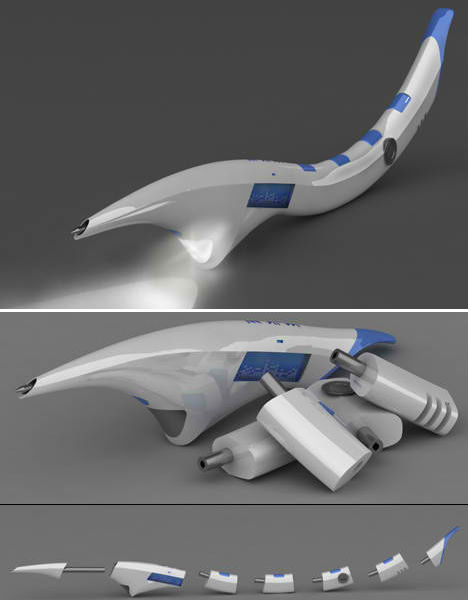 Put your own pen together using various components, to the length and curvature that you prefer. The Pendragon pen is much more than a writing instrument; it has a built-in lamp and comes with a dock so you can connect it to your computer and charge it. In addition to the nib, the central unit and the end part, there are expandable units including a camera, microphone, laser pointer, USB connector and WLAN receiver. 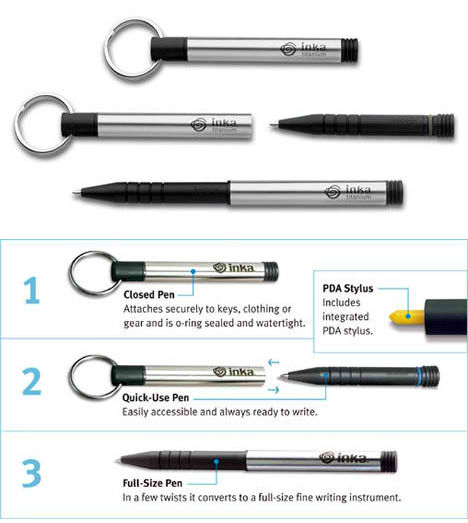 This pen has a pressurized ink chamber that allows you to write smoothly from any angle, even if you’re writing upside down. It even works under water. It includes an integrated PDA stylus and closes up into a compact package when not in use. 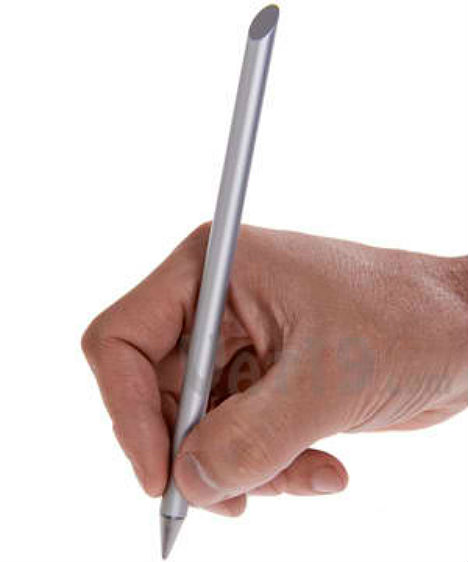 It writes like a pencil, but is permanent and smudge-proof like a pen – and you’ll never run out of ink. The Inkless Metal Beta Pen works by depositing tiny amounts of metal alloy onto your writing surface, and never requires sharpening or refills. 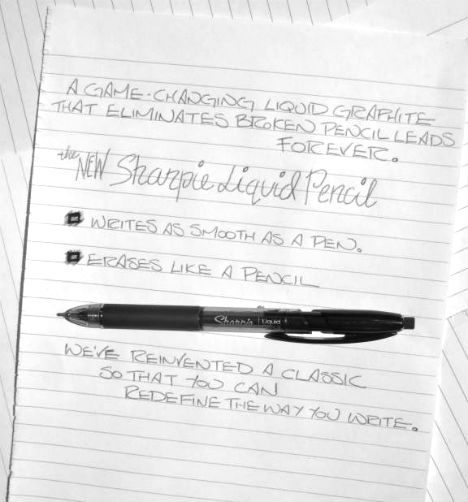 Sharpie has come out with a new writing instrument that combines the erasability of a pencil with the smooth writing quality of a pen. The concept of the Liquid Pencil is interesting, but may require further refining, as consumers report a lot of problems with skipping. 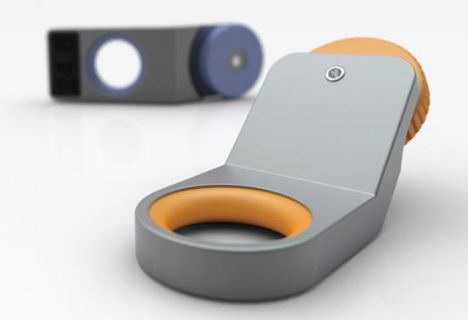 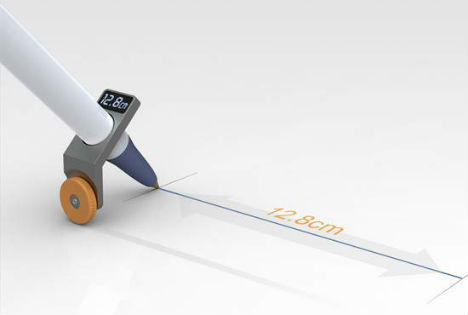 Attach the ‘Constrained Ball’ to your pen and you can draw straight lines without using a ruler. Essentially, it stabilizes your pen while you’re writing using a brace and a tiny wheel. The tool also measures as you write, so you can create a line to the exact length that you need. It can draw lines horizontally and vertically, as well as in 45-degree angles. 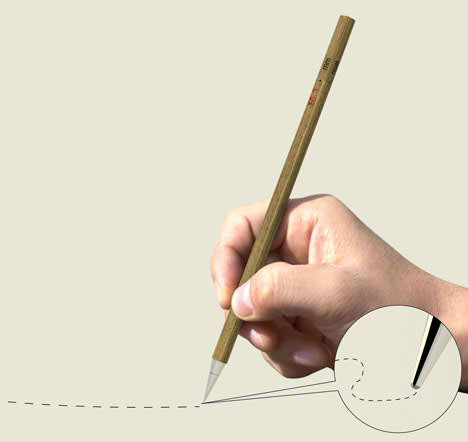 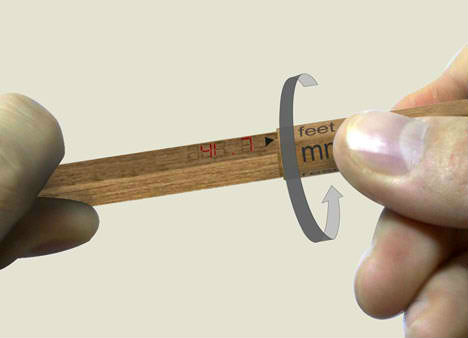 Plot a course or measure a curve with a handy LED pen ruler that records distances as you write. Shaped like a six-sided wood pencil, the pen ruler has a twisting end that allows you to choose your preferred unit of measurement, and includes a digital readout on the side. 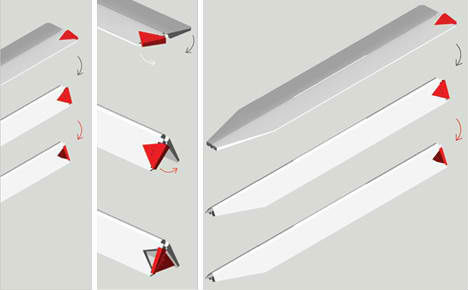 This bookmark pen concept by Steve Yang Che-Hsiao opens totally flat to hold your place in a book, with a clip keeping it secured. To use it as a pen, you simply fold it into a three-dimensional triangular shape. 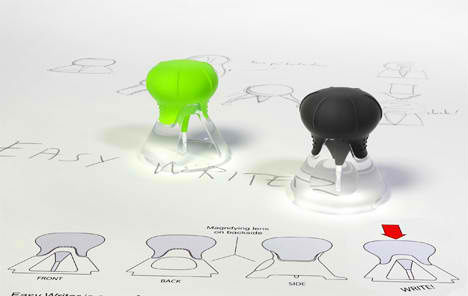 This idea is incredibly simple, but it could make a huge difference for people who don’t have full muscular control of their hands. A pen or pencil is inserted into the center of an hourglass-shaped rubber knob, enabling the user to push the instrument around on  paper. 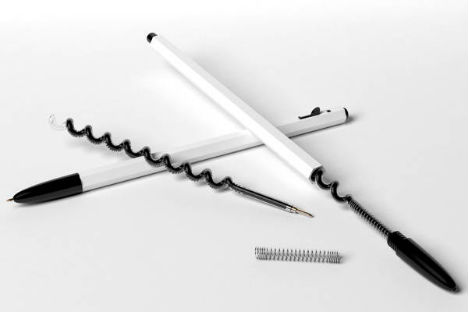 How do you fit more ink into a standard disposable pen? Make the cartridge a spiral. This concept, the T&T Pen-Ink Chamber, doubles the amount of ink in that comes in a pen, reducing plastic waste.

Pen + Sprayer: Write on Your Hand, Peel it Off 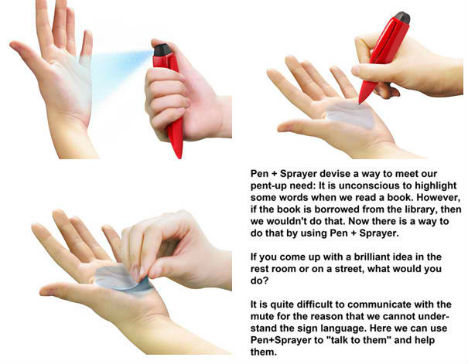 Have you ever written something important on your hand, like a phone number or a reminder, only to find that it has become unreadable after just an hour or two? Most of us occasionally turn to this tactic when there’s no paper around or we’re afraid we’ll forget something. The Pen + Sprayer concept makes it a little more practical, although it would be a bulky extra item to carry around on the off chance that you need it. It sprays a writable surface onto the palm of your hand, which can easily be peeled off when you no longer need it. 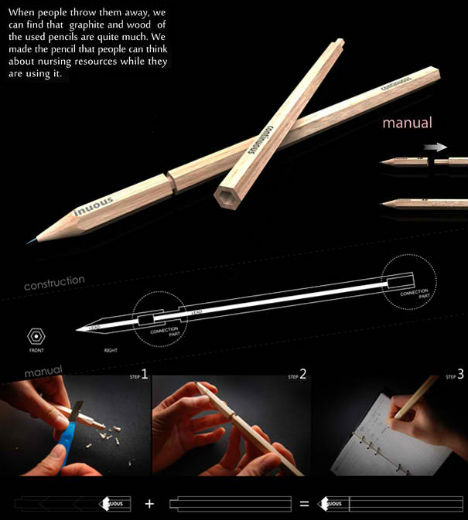 There’s nothing high-tech about this, but it’s still a smart design: the Continuous Pencil makes it easy to continue using stubs long after they’ve grown too short to comfortably hold. Once connected, you can simply continue sharpening the extended pencil until it’s too short again, and start over.