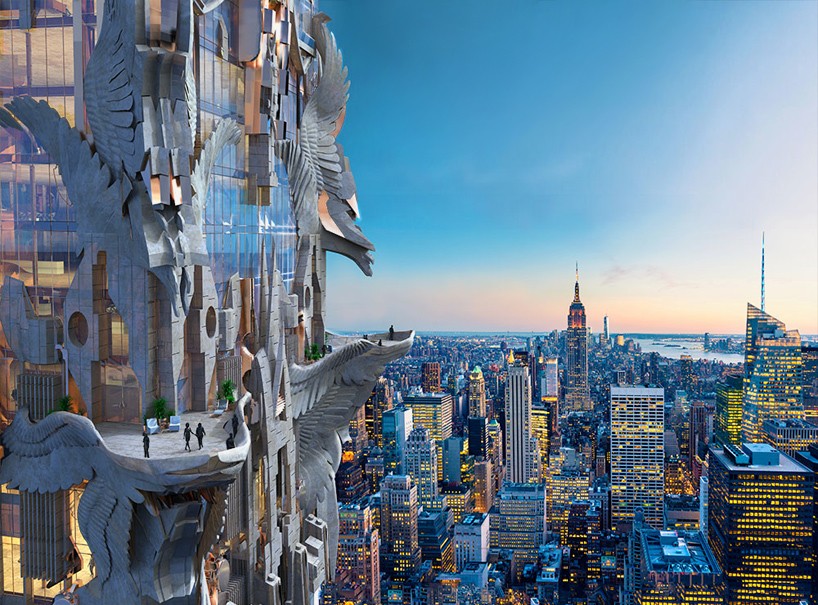 Architect Mark Foster Gage has unveiled stunning plans for this 100-story, skyline-defining structure for Midtown Manhattan with views of Central Park. Commissioned by a developer to explore a statement-making skyscraper, the work includes carved figures and ornate balconies. 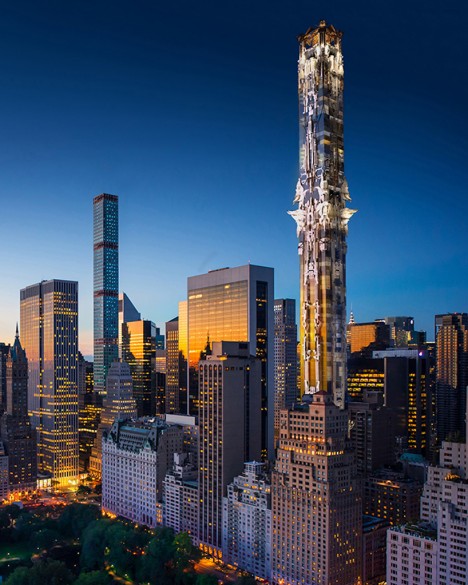 No expense was spared, at least in this conceptual stage: limestone-tinted concrete cladding and hydroformed sheet-bronze details are accompanied by brass-tinted alloy wrapping structural extrusions and enclosures. The program features ballrooms and restaurants at various heights as well as a mid-structure retail ‘sky lobby’. 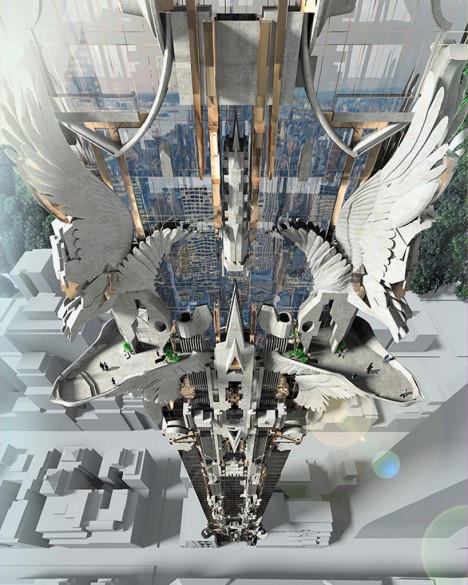 Early skyscrapers puzzled architects initially, and many were envisaged as lower-height buildings (featuring a plinth at the base and crowned with decorative roofs) with the central portion stretched vertically. Then Modernists came along, smoothing out lines and discarding sculptural effects for glass and steel. This design goes a step behind recalling early towers, including iterative and undulating embellishments from top to bottom. 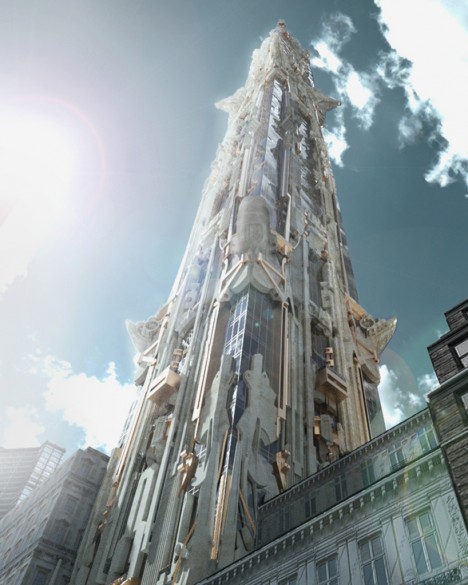 Of course, there was a logic to architectural predecessors with elongated central zones – they were street-friendly at the bottom, and sky-friendly at the top, saving cost and complexity in the middle.

Whether such an extravegant reinterpretation of skyscrapers as this represents is indeed desirable or even feasible remains an open question. Still, there is something to be said for attempting to bring non-minimalist beauty back to tall buildings. 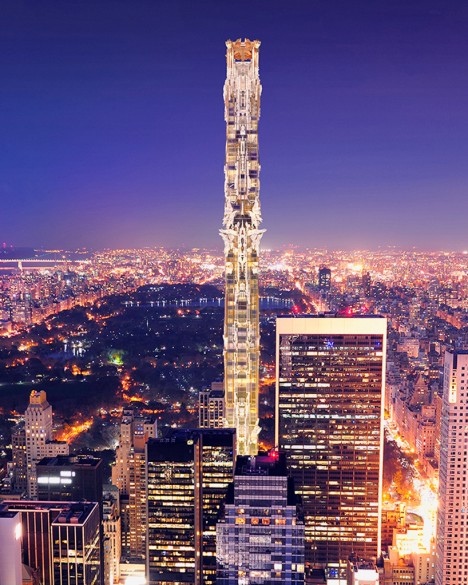 In many ways, this approach represents a hybrid of old skyscrapers and new city-in-the-sky attitudes championed by contemporary architects, mixing programs at various levels to create a sort of self-contained structure for living, working and recreating.