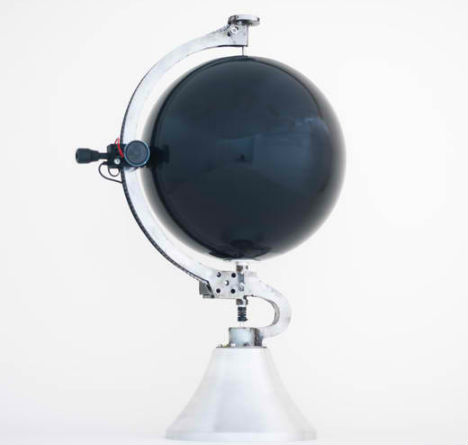 This is more than just a model of the globe: it’s a spherical record player that will produce the sounds of a particular region when spun. The Sound of the Earth by Yuri Suzuki is just one of the designer’s incredibly innovative sonic products and installations. Suzuki spent four years traveling the world to collect samples of folk songs, national anthems and other audio.

Referring to the globe as ‘an aural journey around the world in 30 minutes,’ Suzuki explains that he wanted to bring all of the music of his travels together in one place. 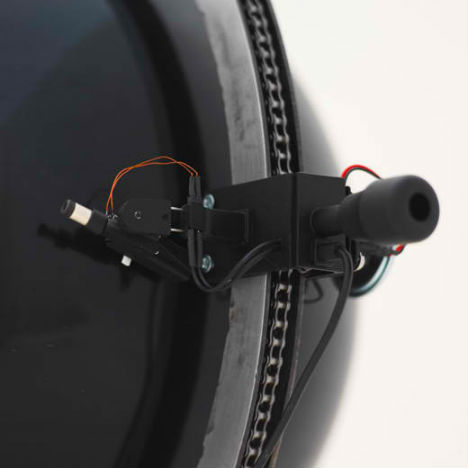 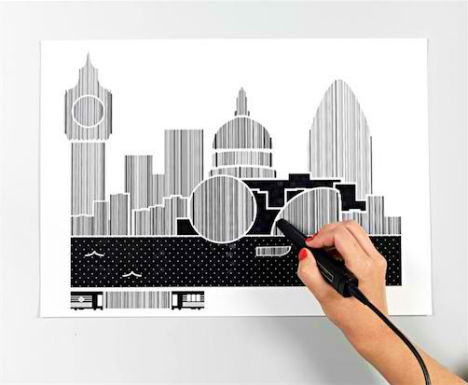 Other projects include Barcode Book, which tells a story through illustrations made with bar codes, which are scanned with a hand-held reader, and Sound Taxi. The latter project is a vintage taxi equipped with a microphone that records urban sounds like traffic, sirens and construction work, and uses them to generate unique music in real time, which is played via 67 built-in speakers and big, shiny Indian horns mounted on the roof and hood. 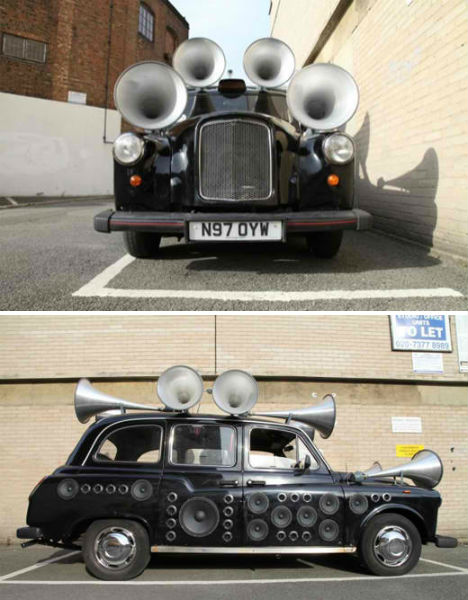 “A few years ago my hard drive crashed and I lost my entire 500GB music collection,” Suzuki told The Guardian. “From then on, music held in physical objects seemed safer.”