Nature begins to take back New York City after all the humans are gone in this series of artfully photographed post-apocalypse miniatures. A collaboration between artists Lori Nix and Kathleen Gerber, ‘Empire’ is the duo’s second series on this theme, the first focusing on interiors while the latest depicts exterior scenes. Living in New York provides all the inspiration the artists need, particularly subway rides between Brooklyn and Manhattan, and all of the architectural detail that can be appreciated if you just look up. 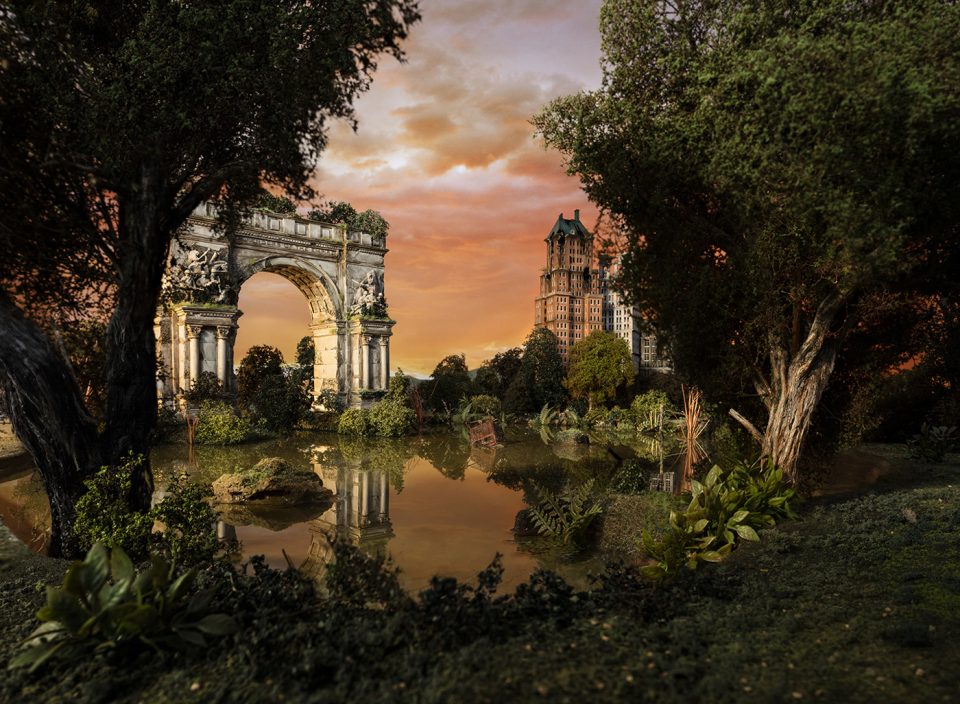 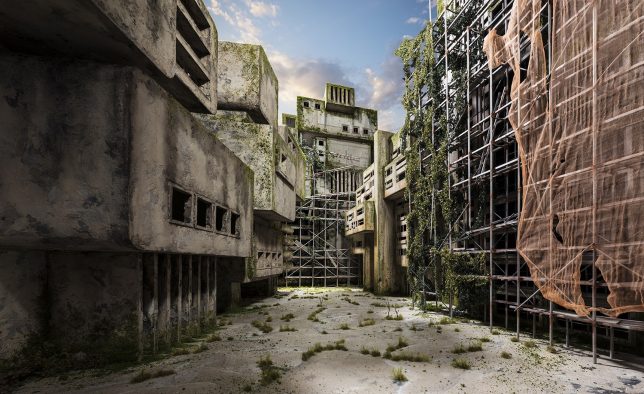 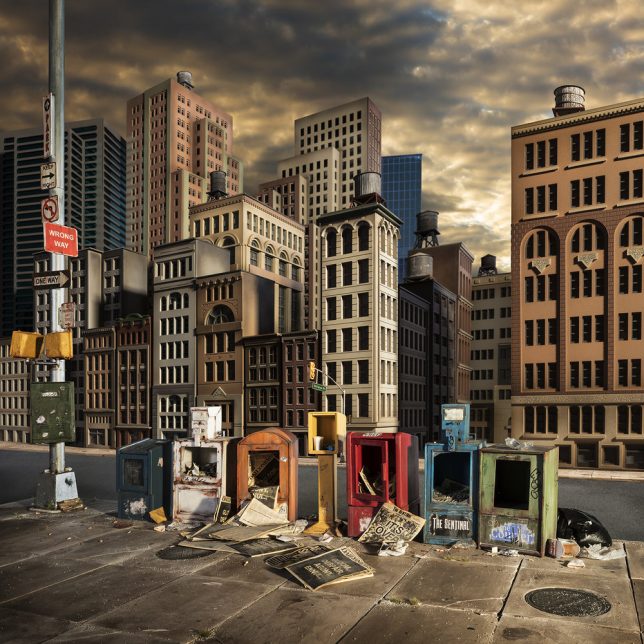 Nix is the architect of these tiny structures, while Gerber is the sculptor. The work is labor-intensive, with a single diorama taking anywhere from three to fifteen months to complete. They start each piece in their apartment, and then move to the outside studio when it’s close to being finished to set it up for documentation. The lighting and the tiny details are what give each one its realistic edge. 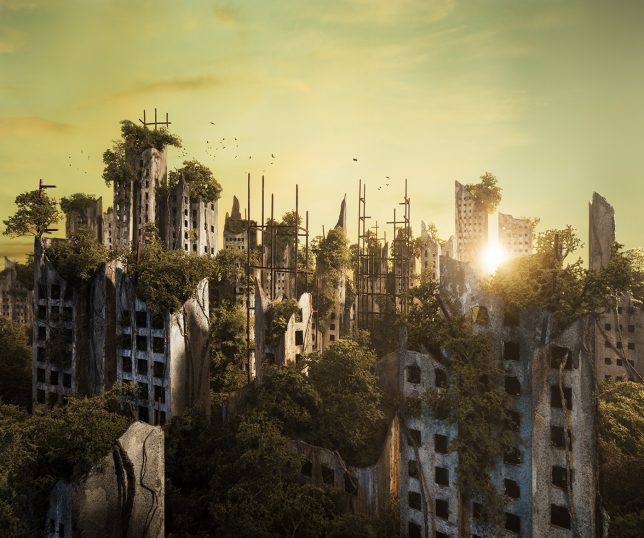 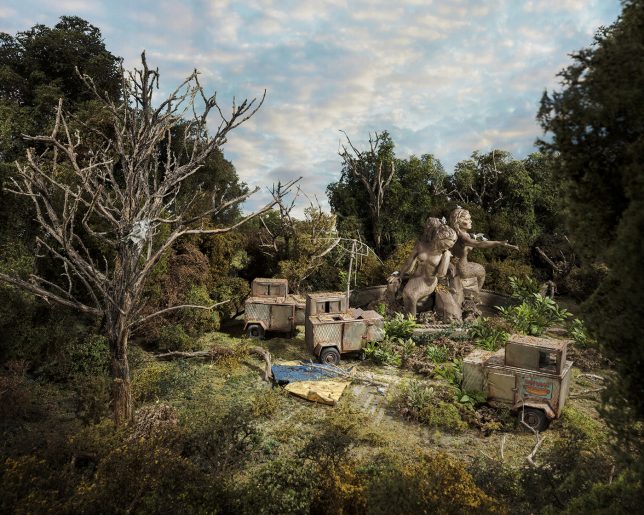 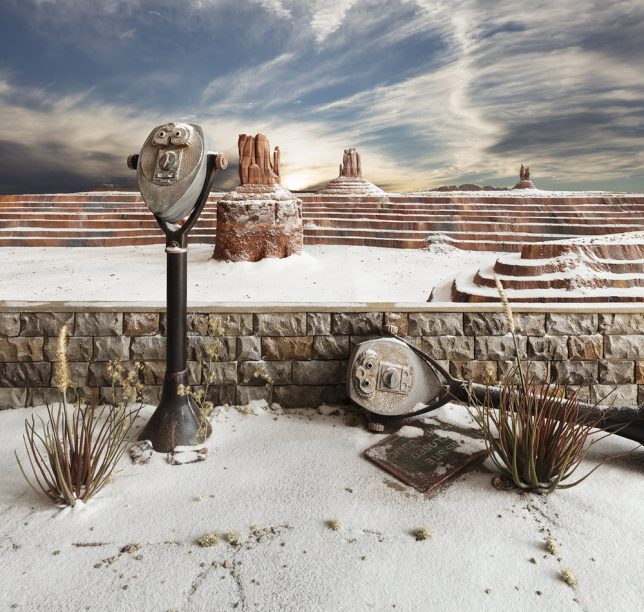 The materials used include basswood, extruded foam sheets, acrylic, polymer clay and epoxy. The most challenging aspect of the work is making those materials look like something else – for instance, turning a tiny piece of foam and wood into a leather and steel office chair.

“I don’t really have a death wish, it just seems that way,” says Nix. “For the last eight years my photographs have highlighted a fictional urban landscape ‘after’. An aquarium after a flood, a church after a fire, a beauty parlor after…who knows what. Mankind is gone and what remains are vacant fragments of buildings, a few slowly being reclaimed by nature.” 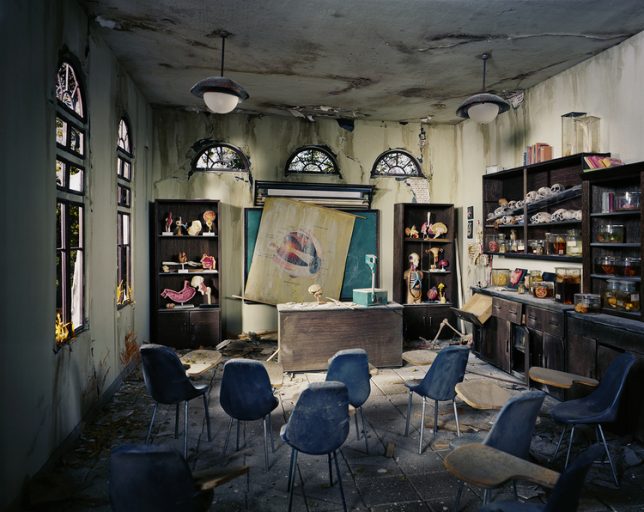 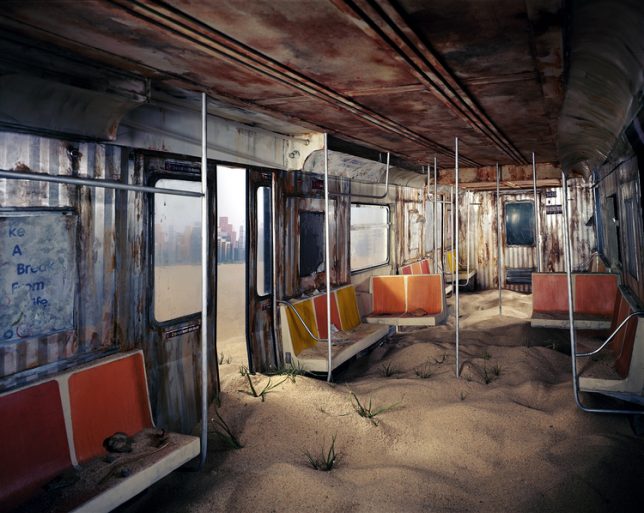 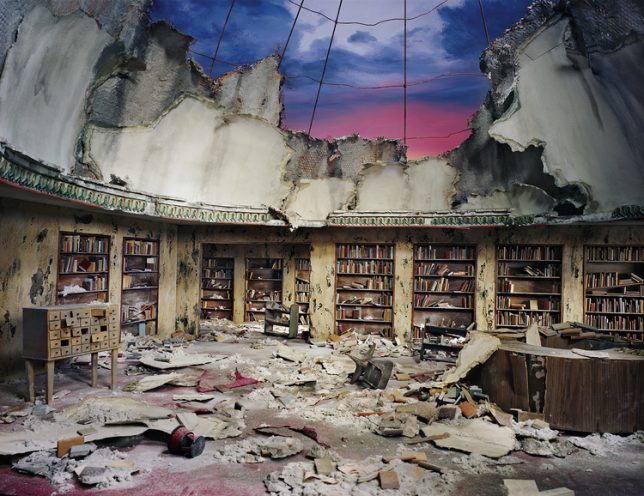 “‘The City’ imagines what New York City and Brooklyn would look like if suddenly mankind had disappeared. The exact cause for the desertion is left vague. Was it a natural disaster, a virus, global warming, war? A few images hint at the destructive history of the space – a library dome crushed by a tornado or a subway car filled with sand. To me, imagining something so globally catastrophic is both chilling and exciting. I often wonder about my own survival instincts when pondering an emptying city.” 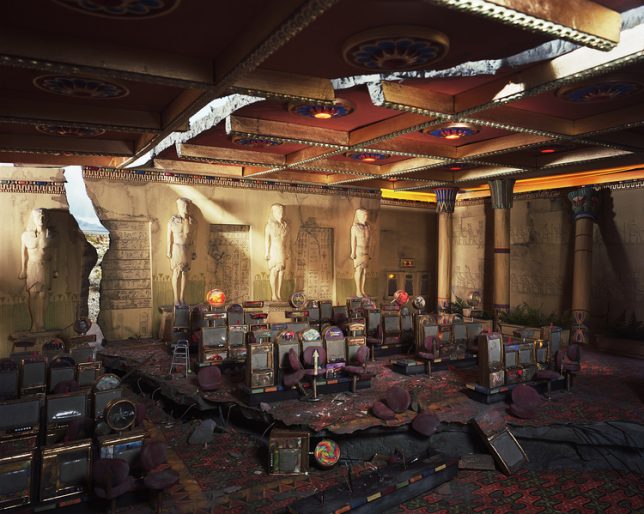 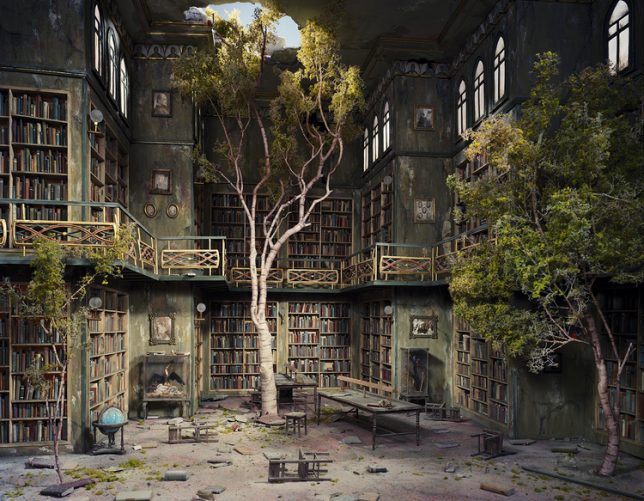 Empire, on the other hand, “presents a world transformed by climate uncertainty and a shifting social order as it stumbles towards a new kind of frontier. These places are eerily beautiful but also unsettling in their stillness and silence. Long ago, man entered the landscape and forced nature to his will. Once grand and emblematic of strength and prosperity, these landscapes now appear abused and in decay, and it is uncertain how they will continue to (d)evolve.”