Driven by an artificially intelligent butler, this smart furniture system promises to free up valuable floor space by lifting and lowering modular interior design elements as needed, putting them into play or pulling them up to the ceiling on demand.

Bumblee Spaces has designed their bot to learn and adapt, anticipating needs in addition to responding to specific requests — it even scans items in storage then tracks their location for retrieval, helping you find stuff like lost keys faster. And if it’s raining, the roombot can also call down your umbrella in case you forget.

For some, it may sound at first like an overly high-tech solution without a problem, but anyone living in old city apartments knows that desire to turn slightly higher ceilings into something more useful, like raised shelving or other storage, at least (but even that only occupies the periphery). When things can be lifted out of the way entirely, even large beds are on the table (and tables, for that matter). 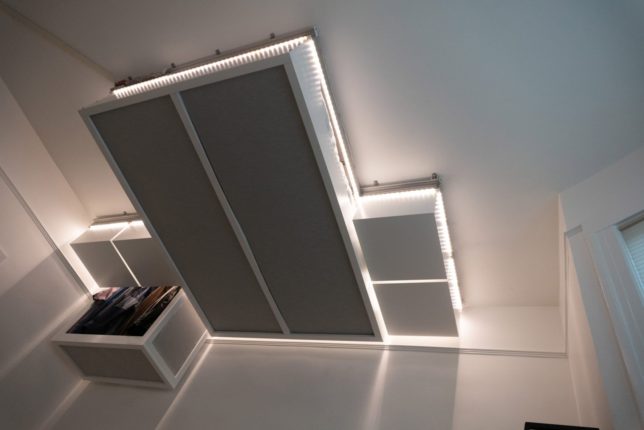 In the Bay Area, for instance, where the startup is based, the cost of additional square feet can be a lot higher than something like this making extant space usage more efficient. It also addresses the persistent San Francisco and Oakland challenge of moving from a smaller, rent-controlled unit to a larger, market-rate one, which can involve paying far more than the size differential alone would suggest. 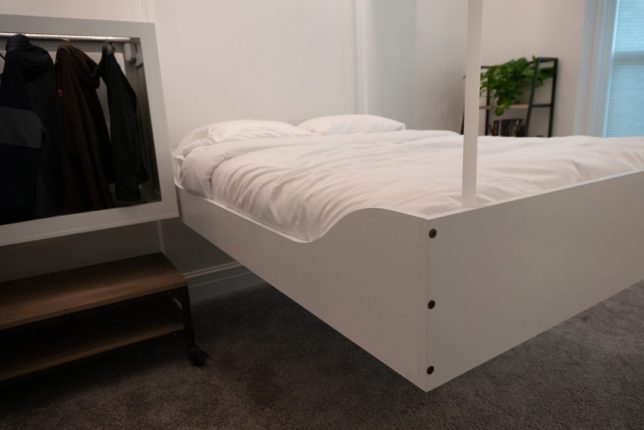 “When I moved here I was overwhelmed by how much we were paying for so little space,” says the founder. “I come from a product background so I understood a lot about how we could densely pack objects really well. In the iPhone or Apple Watch we do such a good job of finding every micrometer of space to package all the features in so the user only sees the screen.” 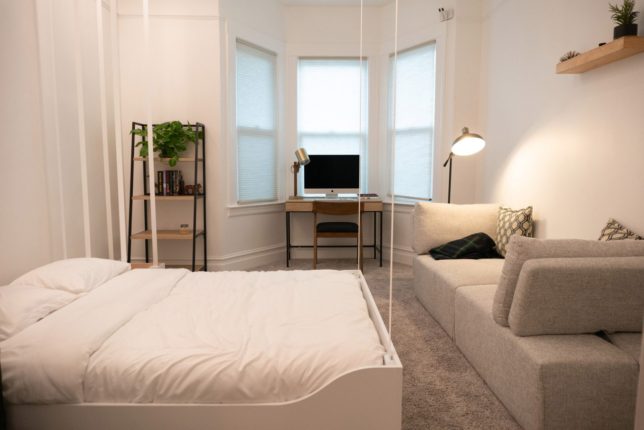 Murthy applied this logic to furniture with Bumblebee Spaces. With modular furniture units installed in the ceiling a single-room studio can become a multifunctional area serving as bedroom, living room, study or wardrobe depending on the time of day. And the space given over to a retrofit can be small — as little as a foot of vertical in a room (with additional variability for taller items). 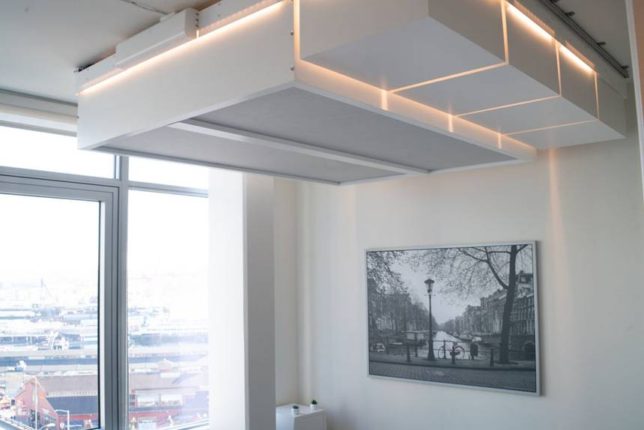 Bumblebee Spaces has also created a software library of their modules for architects, so they can fit them into reflected ceiling plans for future buildings. They aim to deploy a combination of ready-built furniture as well as custom-made items, all worked into a larger modular system. In the long term, they also aim to set up exchanges so people can buy, sell, lend and trade units to customize and redesign their interiors.