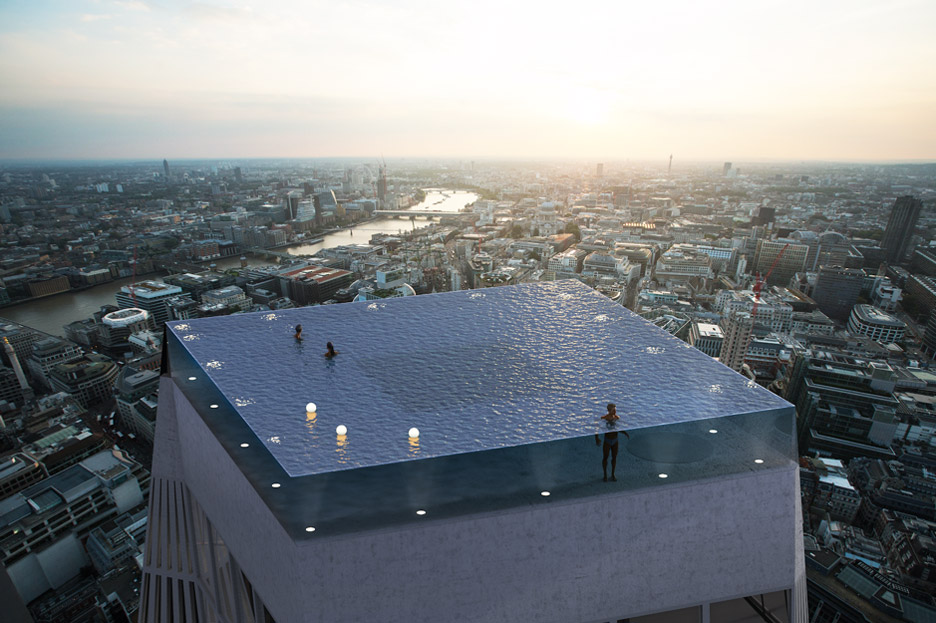 The world’s first 360-degree rooftop infinity pool is set to shimmer atop a 55-story skyscraper in London, featuring transparent acrylic walls on all sides. Since acrylic transmits light at a similar wavelength as water, it will make the water appear crystal clear, so swimmers feel like they’re merging with the sky, high above the city streets. The pool itself is pretty awesome, but its most interesting feature is its unusual means of entering and exiting.

UK-based manufacturer Compass Pools want the pool to appear seamless from every direction, which means the perimeter can’t be interrupted by a staircase. The floor of the pool is also transparent so visitors to the five-star hotel directly below can gaze up at the sky through the water. Their solution? A rotating spiral staircase that comes up through the floor on demand. 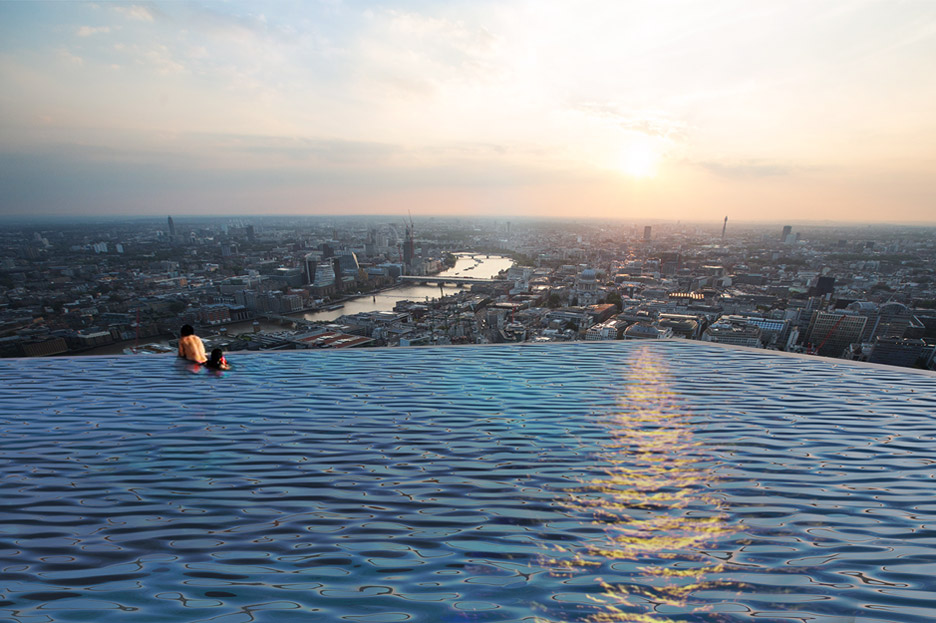 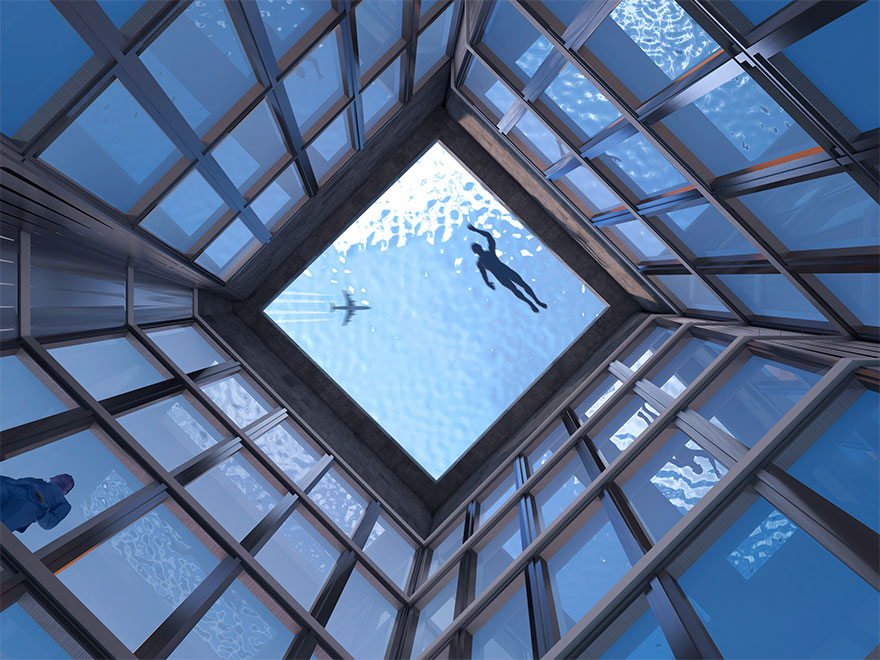 “We faced some quite major technical challenges to this building, the biggest one being how to actually get into the pool,” says designer and technical director Alex Kemsley. “Normally a simple ladder would suffice, but we didn’t want stairs on the outside of the building or in the pool as it would spoil the view – and obviously you don’t want 600,000 liters of water draining through the building either. The solution is based on the door of a submarine, coupled with a rotating spiral staircase which rises from the pool floor when someone wants to get in or out – the absolute cutting edge of swimming pool and building design and a little bit James Bond to boot!”

“Architects often come to us to design roof top infinity pools, but rarely do we get a say in the building design because the pool is usually an afterthought. But on this project, we actually started with the pool design and essentially said, ‘how do we put a building underneath this?’ When we designed the pool, we wanted an uninterrupted view, both above and below the water.”

“Swimming in the SkyPool at the Shard, it’s quite a weird feeling to have helicopters flying past at your level, but this pool takes it a step further. Pop your goggles on and with a 360-degree view of London from 220m up, it really will be something else – but it’s definitely not one for the acrophobic!” 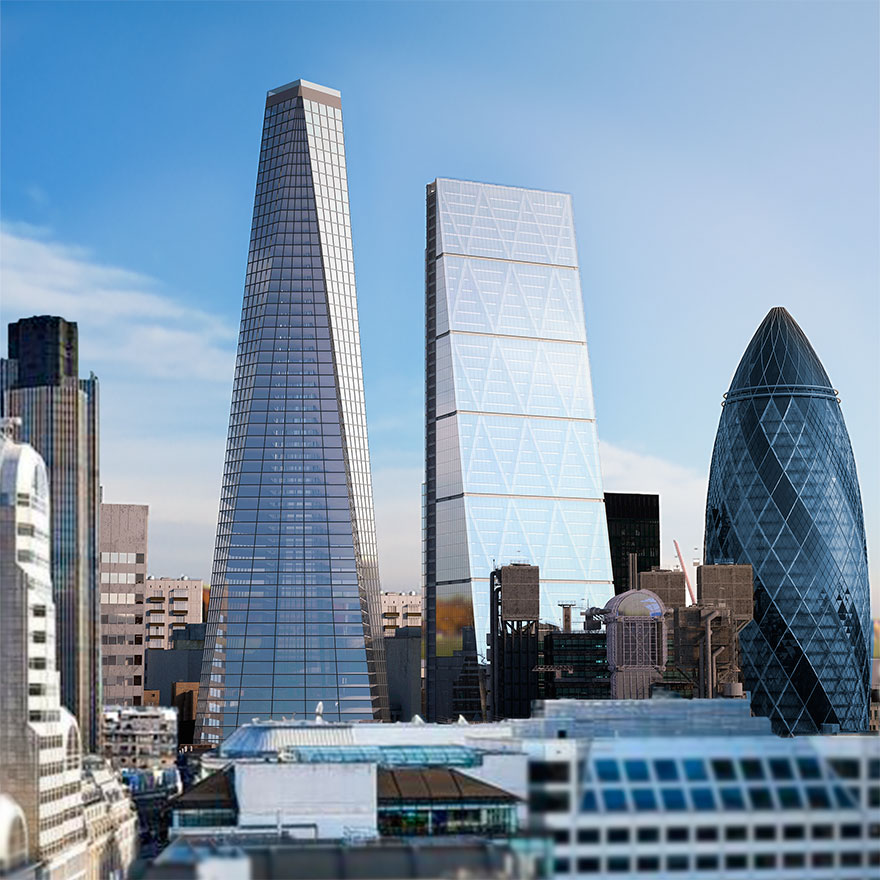 The pool will be heated using waste energy from the building’s air conditioning system, and will also feature a computer-controlled building management system to keep track of water levels and temperatures, while a built-in anemometer monitors wind speeds.

The building is called “Infinity London,” and once partners and contractors are confirmed, it’s set to begin construction in 2020.